Home
Berkeley Place
THE BEST INDEPENDENT ALBUMS OF THE YEAR

Back in June, I posted the Top 10 Albums of 2009 . . . So Far. It’s always interesting to me to see if these albums continue to stand proud at the end of the year. Some do, some don’t. Actually, more of them stuck around this year than usual–and more of the ones on that list continue to impress me than my July pix for the best mixtapes of the year so far. (Recession Music? What was I thinking!)

And after posting the best indie rock and indie rap albums of the decade, I’m a little list-heavy this season. But this is a blog tradition, so here goes nothing. I’m not separating by genre or mixtapes, etc., this year. However, there’s a list of EPs coming out tomorrow–there were quite a few good ones this year, and it really isn’t fair to stack an EP against full records.

15. Various Artists-Guilt By Association Vol. 2 (review). OodlesOfOs. Let’s be honest, most compilations and/or soundtracks suck. They take a couple intriguing propositions, which may or may not succeed, and then fill the rest of the album with trash that wouldn’t even make an EP. But this is an exception. The album combines mega-hits like “Tainted Love” and “In the Air Tonight” with lesser-known, lesser-hits like N-Trance’s “Set you Free” and My Chemical Romance’s, “I’m Not Okay.” Then it brings some fairly well-known indie bands like Robbers On High Street, Frightened Rabbit, and My Brightest Diamond, and fills the album out with some should-be-well-known folks like Takka Takka and Cassettes Won’t Listen. A perfect balance between bands you know and bands you should know. Favorite cuts: The Bloodsugars’ take on Laura Branigan’s “Self Control” (I’m embarrassed to say that I love this tune), Robbers on High Street doing Cool It Now (original by New Edition) for the kitch factor, and Takka Takka’s fresh, unironic take on In the Air Tonight.

Video for I Think She Knows (Justin Timberlake cover)-Kaki King.

14. DOOM-Born Like This (review). SuperheroRap. This is not Dumile at his best. In fact, this is by far his worst studio album. Several songs sound unfinished. Nevertheless, it’s MF DOOM and my personal biases are, at bottom, the basis for this list. Plus, it’s far from sucky. Cuts like “Supervillainz,”featuring De La Soul’s Posdnuos ridiculing T-Pain, along with Prince Paul and Slug, and DOOM’s J-Dilla collaborations (“Gazillion Ear” and “Lightworks”) are better than just about anything else that came out this year. And if you’ve got a hankering for typical DOOM strangeness, you’ll find a sample of Charles Bukowski on “Cellz.” Yeah, even DOOM’s worst work is among the greatest of the year. 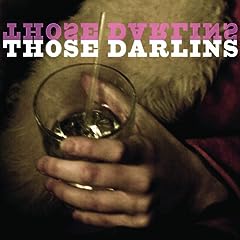 13. Those Darlins-Those Darlins (review). CountryBluesAndMosey. A solid, down-home release by a female-led traditional Americana band. It’s nice to hear some real country/blues these days–the band in no way tries to be cute by throwing in electronica, indie rock, or all the other things most bands use to dilute this genre. Even better: It’s consistently interesting, surprising, and even funny.

12. Metty The Dertmerchant-Fink Ployd (review) BackpackerRapBlendz. You know what’s cool about mixtapes? The way they can illegally snatch cool samples. Let’s face it, hearing Clipse rap over Common’s “The Corner” or Lil’ Wayne bite off Jay-Z is hype as hell. Metty The Dertmerchant, producer of underground rap group Sweatshop Phenomenon, blew me away with this “concept” mixtape. All Pink Floyd samples, with very good unknown rappers. Truly extraordinary.

And the link is still live!

11. Vulture Whale–Vulture Whale (review).  DrunkenAmericana. There’s not a lot of bio on Vulture Whale’s website, but this band, on Skybucket Records, exploded on the scene this year with not just a great album, but also a great follow-up EP. It’s rude bar-band Americana, in the tradition of Backyard Tire Fire, Wes McDonald, Drive-By Truckers, etc. Fantastic, fun and raw.

Here’s a great video for the song Sugar:

10. The Cave Singers–Welcome Joy (review).  SpaceFolk. My wierdo pick for this year. Maybe in a year I’ll be scratching my head about this pick, but for now I’m finding this album fascinating. It seems to evolve as I listen, morphing and moving.

9. Rise and the Avid Record Collector-Risen (review). BackpackerRap. You know what sucks about Rise having the best hip hop album of the year? That this slot doesn’t go to DOOM. But that’s DOOM’s own fault for not stepping up. In the meantime, Rise and the Avid Record Collector have created an energetic, verbally agile masterpiece. If you haven’t heard this album yet, do yourself a favor and check it out. The only thing that’ll upset you is that you didn’t hear it sooner.

8. Super Furry Animals–Dark Days/Light Years (review). Psychedelipop. A band with a name like Super Furry Animals shouldn’t be making perfectly melodious, hooky tunes. They should be making something weird, dissonant and unlistenable. Thank God these Welsh musicmakers broke the rules. Song for song, this album is the catchiest one on this list.

7. Band of Skulls-Baby Darling Dollface Honey (review). IndieMoodyRock. The debut album by Band of Skulls is tricky. At first, it sounds pretty normal–like you’ve heard this kind of thing before. But as you listen more, to the skillfull vocal work, the shifting tempos and styles, and the perfectly constructed songs, it becomes clear that this band is capable of greatness. Of all the indie rock debuts I’ve heard this year–and I’ve probably listened to over a hundred—this band shows the most promise. By far.

6. Hollywood FLOSS-The Art of Fi$cal Intelligence (review). RealHipHop. The best new rapper of the year is Seattle’s Hollywood Floss. His mixtape shows a wild sense of humor, versatility, humility, and a love of the art of making hip hop. Lots of rappers say they’re in it for the love of the game, but with Floss, his unbridled joy and passion show through on every song.

Get the mixtape here!

5. Joell Ortiz-Covers the Classics (review). GangstaRap. Of course the beats are good–he’s using Gang Starr, EPMD, The Roots, Rakim, Slick Rick . . . All the greats. But the rhymes are great, too. Ortiz doesn’t just throw shout-outs to his heroes, he pays tribute by adopting their styles and reflecting their original content through the prism of a modern-day Big Pun. Ortiz may not be the best rapper out there, but he’s definitely among them. His 2007 “Brick” debut was excellent, and I’m hoping he’ll be able to follow it up without selling out. (I wish Slaughterhouse had been a better record . . .)

4. White Rabbits-It’s Frightening (review). SpoonieRock. A year without a new Spoon album brought us a Britt Daniel masterpiece nevertheless. His production took the raw (but undisciplined) talent that White Rabbits showed in their debut and helped them learn to craft truly amazing pop songs.

3. Jason Lytle-Hello Commuter (review). SoaringFolkpop. This album, and the two that follow, made my “Best Indie Albums of the Decade” list. So they were bound to rank here. Lytle’s record is deceptively simple and decidedly complex. It is one of the most contemplatively intricate albums I have ever had the pleasure of hearing.

The video for the single, “It’s the Weekend.”

2. Frank Turner–Love Ire & Song (review). PunkyFolk. The first guy to as cool as Joe Strummer since Eddie Vedder. Indeed, Frank Turner isn’t like Joe Strummer. He fucking is Joe Strummer. A punky attitude, music with hooks and fire, and intelligent political anger. If you believe in the power of music to move minds, you need to hear this album. Although it was originally released in 2008, it’s official U.S. release on Epitaph was this year.

1. Sam Baker-Cotton (review). SheerAwesomeBeauty. It’s the fifth best album of the decade. Every time I hear Angel Hair another piece of my heard snaps in two. It’s easily the most powerfully painful Christmas song ever created. How does tripe like “Red Shoes” get popular while something like this languishes without getting in earshot of the vast majority of Americans. I could find it depressing that Baker has yet to catch fire. But his music is so wonderful, it makes me believe in humankind after all.