For the best albums of 2022 go here. This list is just reissues, cover projects, and artists reissuing their own material, recorded anew (quite a few of these this year!).

15. Remote Transmissions Volume 1 by Band of Heathens, including covers of Bob Seger, The Rolling Stones, and others. For me the best of the lot was Guy Clark’s, “L.A. Freeway.”

14. In the Aftermath by Hollis Brown.  The band covers one of the Rolling Stones’ earliest albums and does a great job at updating every single track.  See also: Let It Bleed Revisited – An Ovation from Nashville by The Rock House All Stars and Stoned by Blackberry Smoke.  Lots of Stones covers this year.

13. Moonage Daydream: A Brett Morgen Film (Soundtrack). Vintage and later period Bowie, remixed and, even better, live in concert.  There is a Jean Genie on this album, featuring Jeff Beck, that is incredible.

12. Against the Odds: 1974-1982 by Blondie.  Another career retrospective–a discography actually–that came out this year.  It reissues their albums in a package with dozens of unreleased versions, demos, etc.  It’s a reminder of how much everyone from Yeah Yeah Yeahs to Lady Gaga owe to this fantastic band.  Eat To The Beat and Parallel Lines are two of my favorite albums of all time.

11. Humble Quest: In Rare Form by Maren Morris.  Quieter versions of some of the songs from the album she released earlier this year.

10. Something Borrowed, Something New: A Tribute to John Anderson.  Why?  John Anderson is one of the best country songwriters you’ve never heard of, and this collection of covers shows why, featuring stellar performances by no less than Ashley McBryde, Sturgill Simpson, and more.

9. Key to the Kuffs by JJ Doom. A reissue of one of MF Doom’s last projects, with Jneiro Jarel, and also one of his most complex.  KttK isn’t as accessible as, say, Doomsday or Mmm Food, but intensive listening will bring many rewards.

8. Carry Me Home by Mavis Staples and Levon Helm.  A live album full of wonderful, modern and more classic spiritual tunes.  Mavis is, as always, amazing.

7. Live Forever: A Tribute to Billy Joe Shaver.  Shaver died of COVID last year, so this year some of the biggest (quality) names in country music re-recorded some of his best songs.  Who exactly?  Miranda Lambert, Steve Earle, Willie Nelson, and Lucinda Williams.  To name a few.

6. In the Canyon Haze by Brandi Carlile.  In These Silent Days (2021) is an absolutely amazing album.  In the Canyon Haze is a track-for-track re-recording of the album, made to sound as if it were recorded in late ’60s Laurel Canyon.

5. Joe Strummer 002: The Mescalero Years. Everyone remembers The Clash (justifiably), but Joe’s later solo work was often even better than his seminal writing with the only band that ever mattered.  Remastered with demos and live cuts, this is a must-have. 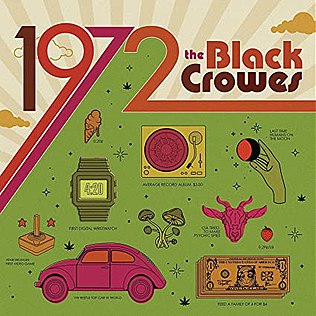 4. If You Gotta Go-Go, Go-Go Now: A Tribute To The Go-Go’s.  Why?  I love the entire “Beauty and the Beat” album.  I love covers.  So this album was made for me.  The renditions–largely punk/indie rock–are true enough to be instantly recognizable but have enough twists to make them fun to listen to.  And let’s face it: The Go-Go’s were a tremendously fun band.

3.  RTJ CU4TRO by Run the Jewels.  Kind of like a “greatest hits” album remixed with verses from some of the best Spanish-speaking people in hip hop.

2. 1972 by Black Crowes.  Why?  A brief EP of covers of songs from 1972.  I’m usually only luke warm on Black Crowes–with some exceptions–but this is a great collection.  In particular, Rod Stewart’s “You Wear it Well” is better than the original.  It’s fantastic.

1.  Watertown by Frank Sinatra.  Frank Sinatra made one of the best albums of 2022.  I had never heard this album before, but has been remixed and reissued and it is incredible–a heartbreaking concept album about a woman who leaves a man (Frank) and their children to have an affair.  I confess to not really “getting” the hype around Sinatra.  This record changed all that for me.

For the best albums of 2022 go here. This list is just reissues, cover projects, and artists reissuing their own material, recorded anew (quite a few of these this year!). 15. Remote Transmissions Volume 1 by Band of Heathens, including …
Full Article