Today a focus on Brooklyn’s own super-collective that, inexplicably, never broke as big as their contemporaries in Long Island. Sean Price, Buckshot, Smif and Wessun (aka Tek and Steele), The Rock, and others pushed a grimey sound, hard street tales (at a time when hip hop was largely still focused on enunciation and clean top 40 hits), and “realism” the likes of which really hadn’t been heard before.

They formed their own label, Duck Down.  Their lyrics and stories were raw and uncompromising.  They used constantly changing pseudonyms and hid their real faces.

You can see why the group were extremely influential on later-emerging collectives like Wu Tang Clan and Digital Underground, and broke the ground necessary for the emergence of Biggie, Jay-Z, Nas and other street-focused New York rappers.

So let’s take a look at their best projects and let’s note first that Boot Camp Clik actually released four albums as a collective and none of them come close to what they did under other names.  Hm.

Runners up: The Chosen Few by Boot Camp Clik; The Formula and The Solution, both by Buckshot and 9th Wonder; Magnum Force by Heltah Skeltah.

10. Jesus Price Supastar by Sean Price (2007).  There will be a lot of Sean on this list, since he was the heart of the Clik.  This was his second studio album and it featured many Clik members as well as guys from 9th Wonder’s extended family (notably Phonte and Chaundon). 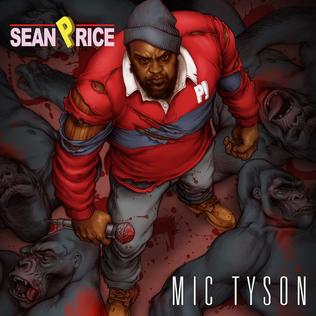 9. Mic Tyson by Sean Price (2014).  The great rapper’s final album found him as strong at the end as he was in the beginning.  Rest in peace.

8. Random Axe by Random Axe (2010).  Producer Black Milk backs Sean Price and Guilty Simpson on an album full of meat, no filler.  It sounds a bit like a passing of the baton from a ’90s master of grit to the newer voices of the streets.

7.  War Zone by Black Moon (1999).  Joined by Busta Rhymes, Q-Tip, Smif-N-Wessun, and many other BCC members, Buckshot, 5th, and producer Evil Dee delivered the follow up to their incredible Enta Da Stage album.  No, it’s not as good–but EDS is a certified classic.  War Zone is a strong follow up.

6. Da Storm by Originoo Gunn Clappaz (1996).  The trio of Starang Wondah, Top Dogg, and Louisville Sluggah produced one of the most slept-on albums of the ’90s 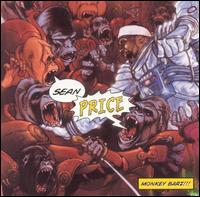 5. Monkey Barz by Sean Price (2005).  Price’s first solo album, and he is at full strength.  Most of the Clik make guest appearances, and track after track Price proves he is one of the greats.

4. Nocturnal by Heltah Skeltah (1996).  Sean Price (as “Ruck”) and Rock teamed up to create a street-tales masterpiece.

3. Chemistry by 9th Wonder and Buckshot (2005).  This album helped establish 9th Wonder as a premier producer, and it was the first of four collaborations with Buckshot.  Sean Price tends to get the most love when people talk about BCC, but I have to say that Buckshot is, in my view, the better rapper.

2. Dah Shinin’ by Smif-N-Wessun (1995).  General Steele and Tek Williams recorded as Tek and Steele and Cocoa Brovaz, and also served in multiple rap groups, but this is the high water mark for the duo.  Many classic cuts: Sound Bwoy Bureill, P.N.C., Bucktown, Stand Strong…there’s not a weak cut on the entire album.  ’90s rap doesn’t always stand up, but not only does Dah Shinin’ still sound relevant today, but you can hear its fingerprints all over Nas’ Illmatic–the best rap album of the ’90s (or maybe even of all time). 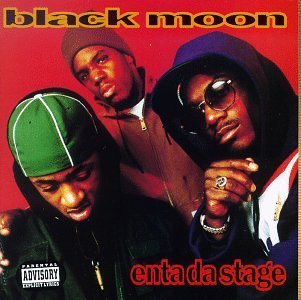 1. Enter Da Stage by Black Moon (1993).  Whether this album or Dah Shinin’ is the best Boot Camp Clik production is really a toss-up and could change on any given day.  I put it first because it has more playcounts in my itunes.  But I’ve listend to both albums dozens of times in the last few years.  I keep coming back to them because they’re brilliant.  Black Moon stood for Brothers who Lyrically Act and Combine Kicking Music Out On Nations, and featured 5ft, DJ Evil Dee and, of course, the great Buckshot.

My favorite cuts: Who Got Da Props?, Black Smif-N-Wessun, I Got Cha Opin, How Many Mc’s.