Amy Man can’t spell.  Sorry.  I couldn’t resist starting out with that one.

Aimee Mann is best known as the front person for 1980s pop group ‘Til Tuesday, whose hit “Voices Carry” had the best fadeout in 1980s pop history: He said “Shut up!” He said Shut up!  Oh, God, can’t you keep it down?”  It cracks me up every time I hear it.

But she’s also a truly fantastic performer on her own.  Her 1995 album “I’m With Stupid” told the story of various “stupid” people in her lives with humor and empathy.  Her work on the soundtrack to the 1999 film “Magnolia” was some of the best singer/songwriter work on a soundtrack for that entire decade, and her cover of Harry Nillson’s “One” totally crushed the original.  “Bachelor No. 2,” her 2000 release, took 5 years to create, but was well worth the wait. 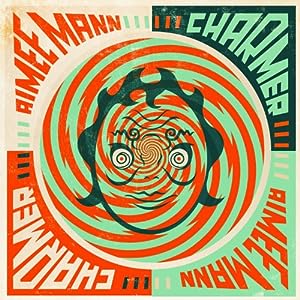 The girl got street cred.

So I was excited to check out “Charmer,” her September 2012 album.  It does not disappoint.  It’s got the best song written for a dog since The Beatles’ “Martha My Dear,” and, like so many of her albums, there’s not a bad song on it.  This is a woman who knows the craft of songwriting, and performing, and clearly loves what she does.  Love is pervasive in her work, giving it depth and definition beyond what you usually hear in popular music.  There’s also a duet with James Mercer of The Shins, so you can look forward to that.

Mann is a survivor.  Support her, buy her album, and you won’t be disappointed.  Preorder it here.

The single, Charmer, is available for free here.

And here she is roadtesting that song about a dog I mentioned above….