om Petty. One of the greatest rock and roll songwriters of all time, and early voice in the mainstreaming of the “country rock” genre.

Petty died before his time on October 2, 2017. In honor of his passing, today I’m ranking of all his albums.

Drop me a comment and let me know where you think I got it right or wrong! 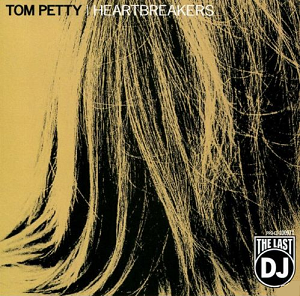 The problem with doing a “countdown” style ranking is I have to start with the bad stuff. I’m not a fan of this album, really. The Last DJ (both the song and the album) feels like Tom Petty is a dinosaur holding on to a past (over-the-air radio) that, frankly, everyone is better off without. There’s nothing here that’s memorable. This is the only Tom Petty album that’s actually boring. 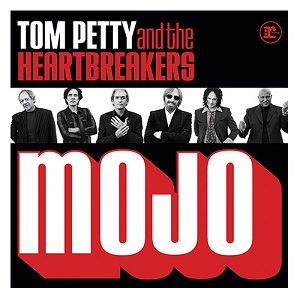 Tom Petty and the Heartbreakers go full-on blues. It doesn’t work, but I admire them for trying.

Some people asked what Tom Petty was doing alongside a Beatle, an all-star producer, rock and roll’s most celebrated poets, and one of the great vocalists of the 1950s when the first Wilbury’s album came out (there was no Volume 2-you’re not missing anything). On this, their second and final album, Roy Orbison’s voice is sorely missed and the songs lacked the fun and creativity of the first collection. Frankly, it felt like a money grab.

Coming after the powerful Southern Accents and just before Petty would create his first record without the Heartbreakers comes this intentionally Dylanesque album (Bob cowrote the lead single, “Jammin’ Me”) that, largely, is a misfire. I like that Petty tried something very different, even if it doesn’t really work.

Besides Jammin’ Me, key tracks for me were Think About Me, The Damage You’ve Done, and It’ll All Work Out. The rest of this album? Skippable.

Tom Petty’s last album without the Heartbreakers. There are some very fine moments here, particularly Saving Grace and Turn This Car Around, but overall Highway Companion feels lackluster and weak. It kind of feels like he’s trying to copy the gentle sweetness of Wildflowers-one of his best albums-but Tom Petty’s albums are best when he is stretching over new ground rather than tread a path he’s already traveled.

This was Tom’s last album-he died in 2017. It debuted at #1 and was the only TP record to hit #1 on the Billboard 200. It’s a solid record, but nowhere close to his best. Key tracks include Fault Lines, All You Can Carry, and U Get me High.

Pure pop-rock from some of the masters of that kind of music. Lots of people really liked this album, but I found myself feeling like the whole was less than the sum of its part. Handle with Care and End of the Line are solid hits and there a couple other good songs, but mostly I found this a fairly forgettable record.

The good news is that from here on out, this list is full of good records.

By the time Tom and the Heartbreakers got tapped by Ed Burns to create this soundtrack, it was well-established that Petty could write touching songs, easy listeners, monster hits, and the kind of inobtrusive pop instrumentals necessary as a movie backdrop. And that’s exactly what you’ll find here.

Notable cuts: Walls is one of Tom Petty’s best-least-known songs, and Change the Locks is my favorite Tom Petty cover (original by the great Lucinda Williams, who later returned the favor with an entire live album of Tom Petty songs).

After going solo for Full Moon Fever, Tom returned to his roots with the Heartbreakers to create an album that sounded pretty similar (thanks in large part to producer Jeff Lynne). Wide Open didn’t produce as many hits or sell as well (and it isn’t as good) as Full Moon Fever, but when this record hits, it hits well: The title track is wonderful. Learning to Fly may be Tom’s most beloved song. And deeper cuts Kings Highway and Built to Last are solid.

The band’s sophomore album did not slump. It sold better than their eponymous debut–even if, on the whole, it’s not a better album. Their ability to write and perform moderate hits was confirmed with I Need to Know and Listen to Her Heart, but the rest of the record was a bit flat. Too Much Ain’t Enough was a good song. The rest of them were all fine but feel a bit like filler when compared to the rest of this band’s impressive catalog.

A new vocalist and bass player, Howie Epstein, joined the Heartbreakers for their most sophisticated album so far. The record spawned only two singles: Change of Heart and You Got Lucky. While the band’s original sound was still evident on songs like The Same Old You , other songs were more laid back and moved away from the ’50s/’60s Southern/garage rock sound that had defined the band to this point. Songs like Straight Into Darkness pushed the envelope for fans. This updated sound would play to much better effect on their next album, the classic Southern Accents

TOM PETTY AND THE HEARTBREAKERS (1976)

Although Tom and some of the Heartbreakers had already worked together as Mudcrutch, this album was their first. They moved from Florida to Hollywood to record it, and it fell kind of flat-not even breaking the top 40 in the U.S.

It was vastly underestimated. This album is full of classics. There’s the lead single (and much better when played live) Breakdown, and there’s one of the bands best known cuts, American Girl. And as for deeper cuts, Rockin’ Around (With You), Anything That’s Rock n’ Roll (also released as a single), and Fooled Again are fantastic.

All the albums on this list from this one on down are keepers from first to last track. Over a half-dozen classic albums from the mind of a rock genius.

Tom and the Heartbreakers’ tenth(!) album, and they’re still creating excellently crafted rock and roll. Perhaps because it’s a quieter record, Echo is highly underrated and unsung. But it’s full of fantastic songs including Room at the Top, Swingin’, Echo, About to Give Out, Free Girl Now, and Rhino Skin.

It doesn’t rise to the level of Damn the Torpedoes, which came out three years earlier, but that’s damn near impossible. Still, every song is solid, and most rise to the level of great. Stevie Nicks appeared on Insider. Woman in Love (It’s Not Me) is a great slow-fast-slow rocker. Something Big and Kings Road are crowd pleasers when played live. You Can Still Change Your Mind is a powerful closing ballad. And of course The Waiting is one of the band’s best singles.

From here, the band would start expanding their sound, which is why I say Hard Promises is the last hurrah for TP&TH “classic sound.” It’s a very, very good album. 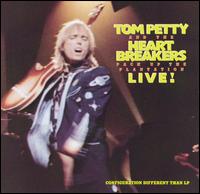 I debated whether to include this on the list because it’s not the only live Tom Petty album (many were released after his death) and because it’s not even the one that’s most demonstrative of how amazing it was to hear him live. But Pack Up! is one of the best live albums of the ’70s-80’s time period. At a time when such records were often double-albums with overdubs and post-production that took all the energy and “rawness” out of the live experience and instead made the record a studio album with crowd noise, Pack Up! felt truly live. It has the best version of Breakdown ever and it has covers you can’t hear on his albums, like Needles and Pins and So You Wanna Be a Rock and Roll Star (both better than the originals). And Stories We Could Tell (also a cover) is sublime.

On a personal level, this record moved me from liking Tom Petty to loving him. So I’m including it.

Tom’s first record without his band (although Mike Campbell is all over the record). Fellow Traveling Wilbury’s George Harrison, Jeff Lynne, and Roy Orbison appear and like his side project with those folks, Full Moon Fever is very mainstream. That’s not necessarily a bad thing. It went platinum multiple times in multiple countries and became Petty’s greatest success (at least in terms of money), and its songs are among his best-and most covered by others. Free Fallin’. I Won’t Back Down. Love is a Long Road. Those are just the first three songs. The cover of the Byrds’ Feel a Whole Lot Better was a great tribute to one of Petty’s heroes. Yer So Bad satisfied those who came on board during Petty’s stint as a Wilbury. Runnin’ Down a Dream and A Face in the Crowd kept the album on the charts for a long time. Undeniably great record.

For his second solo album, Tom Petty kind of went full-folk. The clear change of sound is likely due to the involvement of producer Rick Rubin, who would stay with Petty for two more albums after this one. Wildflowers is a quiet record that will stay with you long after it’s done. I used to think it was underrated, but then, quietly, sales continued until it reached triple platinum status.

Every single song is amazing here. You’ve probably heard of the title track and You Don’t Know How It Feels. You may have heard lesser hits like Time to Move On, You Wreck me, and It’s Good To Be King. But you need to hear Only a Broken Heart and Crawling Back to You because they are among Petty’s best songs.

Is this Tom’s best album with the Heartbreakers? Maybe. I put it just below Torpedoes but, honestly, they’re interchangeable. Southern Accents takes risks where Torpedoes plays to formula-brilliantly and without a single failure. I will say that Rebels-this album’s lead song-is the best song Tom Petty ever wrote. The opening lines, “Baby don’t walk out…I’m too drunk to follow. You won’t feel this way tomorrow…” are among the most accurate and powerful lyrics I’ve heard about alcoholism, and the riff has all the rebellion of Lynyrd Skynyrd only without the Southern pride. Speaking of which, the title track has all the pride but without the defensiveness and (let’s face it) racist overtones. Similarly, where Southern Accents finds compassion for Dixie, the song Spike condemns that very same mentality as limiting and small-minded.

The band was criticized for the mainstream psychedelia of Don’t Come Around Here No More-a monster hit with a huge video-and all that did was make Petty move even farther into genre-breaking music on his next several albums.

Southern Accents finds Tom Petty wrestling with his own identity, caught between his Florida roots and Hollywood home. It’s brilliant.

While mixing the album’s opening track, “Rebels”, Petty became frustrated and punched a wall, severely breaking his left hand. Subsequent surgery on his hand left him with several pins, wires and screws holding his hand together.

This was Petty and the Heartbreakers’ third album and it went all the way to #2 on the charts (stopped by Pink Floyd’s The Wall). It’s here that the band went from good to great, creating one of the best rock and roll albums of all time. Every single song is brilliant-the album grabs you and never lets go, even when it slows down for ballads like Here Comes My Girl and the magnificent Louisiana Rain. Like I said, there’s not a weak cut here. The “worst” (by which I mean “least best”) is You Tell Me. And that song is better than most bands ever write. Even the Losers is an anthem for misfits. Don’t Do Me Like That speaks to everyone who has ever let a loved one walk all over them. Shadow of a Doubt is the yearning-for-the-girl song. Oh, and then there’s Refugee. One of the best songs ever written.

A perfect record from a genius who will be missed for many years in the future.