Lupe is one of the most interesting voices in hip hop. He exploded on the scene by killing both Jay-Z and Kanye on their own track, Diamonds, and then released three of the best mixtapes of all time, one after the other.

Here’s a ranking of his discography. Do yourself a favor and go get these albums. All but a few are amazing.

Lupe Fiasco has made only two bad albums. This is the worst.  Nothing worth listening to here.  Move along.

Despite having Lupe’s biggest song ever, The Show Goes On (double platinum single), Lasers is not a strong album.  It has a few hits, but is overall forgettable.  It’s a pop album from a serious artist.  It’s perhaps not a coincidence that the title of the album has the A superimposed over an O (for “Losers”).

This mixtape came out after Lupe participated in the Occupy Wall Street protests.  It’s good, but a bit heavy handed.

Lupe’s fourth album finds him trying to get back to the brilliance of his first two but not quite ready to abandon the pop-leaning production of Lasers.  As a result, this is not a memorable album.  It’s not terrible, but it’s not memorable.  In fact, I’d forgotten it existed until I started doing this list.  So, it’s not a great album–but it’s got more than a handful of good songs: Strange Fruition, ITAL (Roses), Around My Way, and Lamborghini Angels. 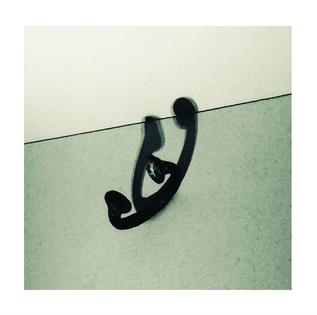 From here on out, every album on this list is genius and excellent.  The “wave” in the title knocks a bunch of kidnapped Africans destined for slavery off a boat, and the album tells of their adventure surviving the ordeal (they get the power to live underwater and spend their existence sinking other slave ships).  It’s dense–not an easy listen–but very rewarding–along the lines of the brilliant Deltron 3030 album.  Where that story showed the plight of the rapper in an apocalyptic future, Drogas Wave shows is a fantasy based on what happened to men like Lupe in the past.

A short mixtape that finds Lupe crossing the boundary between indie rock and rap while taking shots at Jay-Z and Clipse.  As with most of his experiments, it lands well.  And even when it misses the mark, it’s a fascinating listen.

The “worst” of the Fahrenheit mixtapes is still fascinating.  This one is all Gorillaz beats, which work nicely under Lupe’s clear tone and crisp delivery.

Best cuts: Heat Under the Baby Seat; I Don’t Feel So Good; Make Sure You Getta Shirt.

Lupe’s first mixtape in a trilogy of three of the greatest mixtapes of all time.  Pen and the the Needlez shows his brilliant lyrical artistry.  Jesus Walks makes better use of the beats than Kanye.  Shayla G Up offers the spotlight, generously, to a truly gifted female rapper.  Slow Down turns William DeVaughn’s classic “Be Thankful” song–one of the earliest hip hop soul jams–on its head.

Mixtapes aside, the top 3 studio albums on this list are three of the greatest rap albums of all time.  And they’re pretty much interchangable on this list. Tetsuo and Youth is the most complex of his best three, with long-form songs and much less accessible beats.  Nobody else makes rap albums like this.  It was the 13th best album of the 2010s decade.

“Mural” is a transcendent rap song–easily the best song of 2015. 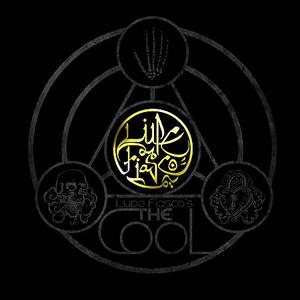 No sophomore slump for Lupe.  His second studio album is almost as good as his first.  It tells the story of a kid called The Cool (who appeared on Lupe’s first album), and a cast that includes Locket and Game and Streets.  Yeah, it’s metaphorical in the extreme.  A truly great concept record.

As with Food and Liquor, nearly every track is essential listening, but my personal favorites are The Coolest; Paris, Tokyo; Dumb it Down (a scathing indictment of the music industry); and Run Game.

Lupe’s entire 1/15 run of mixtapes is incredible, and this one is the best of the bunch.  It is the 5th best album of the entire 2000s, and it gave you, free, more than most other 20th Century rappers made you PAY for.  He melds with Pink Floyd, slams Paul Wall to the floor, and freestyles like its scripted.   An amazing mixtape.

Every song is a winner. My personal favorites include Daydreamin’ with Jill Scott; Kick, Push; Hurt Me Soul; and the Outro.  But you can put any song on from this album and immediately know you are in the presence of greatness.