My personal favorites. And I’m starting with a caveat: Just about everyone else in the world would rate Westside Gunn as the best of the Griselda’s main three. Most people would put Conway second and Benny third. My list is flipped:
1. Benny the Butcher
2. Conway the Machine
3. Westside Gunn
I find Gunn to be a solid rapper–often even better than his obvious hero, Ghostface Killa–but his style can get a little grating over time. What makes WG so great is his sense of humor and his sense of style–he’s the GZA of the group. I get why he’s everyone’s favorite–he’s the most artistic of the bunch.

Having said that, all three are obviously some of the best emcees in the game. Without question. If I had to make a top 10 list of the best new acts of the past 10 years, all three would probably make it.

Of course, it’s also easier to be the best when you have less output.  Griselda are prolific, but Benny puts out less than WG and Conway.

Looking to get started with the Griselda collective? I hope this list will help.

16. The Liz by Armani Cesar (2020).  I know the phrase “slept on” is overused–especially in reference to female rappers.  But this time, it’s true.

13. My First Brick by Benny the Butcher (2016).  His Griselda debut–it’s underrated and slept on.  And the features are terrific.

12. Supreme Blientele by Westside Gunn (2018).  I know everyone loves his Hitler Wears Hermes mixtapes, and they are very good, but none of them make my list. Griselda’s output is so awesome (ahem) that there’s not space for the HWH mixtapes on a top 20 list.

8. Haitian Body Odor (HBO) by Mach-Hommy (2016).  Hommy is a later arrival to the Griselda group, and his voice is pretty different–much more experimental.  His 2021 album, Pray for Haiti, is beloved–but I like HBO even more.

7. Flygod is an Awesome God by Westide Gunn (2019). Extraordinary. Every single song is a must-listen.

4. The Plugs I Met 2 by Benny the Butcher and Harry Fraud (2021).  Harry Fraud might be the best producer behind the boards right now. 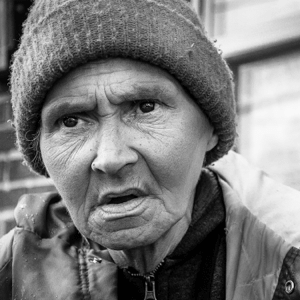 3. WWCD (What Would China Gunn Do?) by Griselda (2019).  A great introduction to the group, as all three of its main members trade bars.  Ironically, the only really skippable track is the one that probably drew people to the album: 50 Cent’s appearance on City on the Map.

2. FLYGOD by Westside Gunn (2016). Griselda’s main trio had been around since 2010, but this is the album that turned the page for them. Production is a who’s who of great underground beat makers: Daringer, Statik Selektah, Apollo Brown, and more.