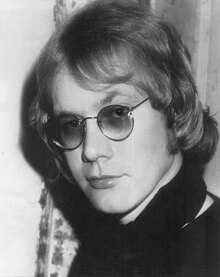 When I first envisioned by G.O.A.T. feature, it was an excuse to post a bunch of cover songs.  Because I enjoy me some renditions.  But when it came to picking my favorite songs, there were some bands who had too many for me—and I felt bad not including some.  But on the other hand, I didn’t want to have a top 100 with more than a couple by the same person or band.

But choosing just a song or two by some of these guys is too hard–they’re too special to me.

Warren Zevon is one such songwriter.

Warren Zevon, born on January 24, 1947, is the only musician I can think of who took us gracefully through a career and on into death, letting his fans know where he was at every step of the way.

He started with the kind of background you’d expect based on his songs:  The son of a Russian Jewish bookie, “Stumpy Zevon,” who worked for Mickey Cohen, and a Mormon mother.  Inherent contradiction, God and money. Musically, he started out behind the scenes, writing a few songs for The Turtles, before producing a solo album, “Wanted Dead or Alive,” that was not well-received.  In fact, there’s really not much there worth listening to other than a little cover of Iko Iko.  But then, after touring as the keyboardist for the Every Brothers, he met former mercenary David Lindell and together they cowrote Zevon’s first true Zevon song: Roland the Headless Thompson Gunner.   On the strength of that tune and work he did with Jackson Browne and The Eagles, he got a reputation as a cowboy/outlaw songwriter and got his first major label deal, resulting in his eponymous first album (produced by Jackson Browne).

There hadn’t been much like it before, except maybe some Johnny Cash and Merle Haggard stuff—but there certainly wasn’t much darkness on the 1970s rock scene.

Zevon then became a hitmaker, from Lawyers Guns and Money to Werewolves of London to Jeannie Needs a Shooter…And then drugs and alcohol took him down and in 1984 he disappeared into rehab.  He bounced back in 1987 with a fantastic album on a new label (Sentimental Hygiene), and then teamed up with R.E.M. (minus their lead singer) as The Hindu Love Gods, and his career took off again, until he was diagnosed with cancer in 2002.  He continued to create, though, writing three albums of songs that feel like meditations on his awareness of death, and beautiful goodbyes to the world.  I can’t think of another musician who has done that.

So, this week is a tribute to all of the G.O.A.T.s in Zevon’s catalog—and rather than do a “top 10,” I’m going to go album by album through his career. Because Warren Zevon just might be my favorite songwriter of all time.  Today, we’ll skip over his forgettable 1969 album and launch right into 1976’s “Warren Zevon.” 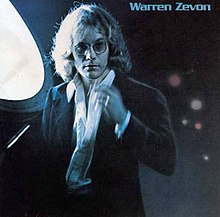 Zevon’s major label debut was eleven songs long and immediately established him as a genius.  The album was almost a supergroup album, featuring supporting work by Phil Everly of the Everly Brothers, Don Henley and Glen Frey of The Eagles, Lyndsey Buckingham and Stevie Nicks of Fleetwood Mac, Carl Wilson of the Beach Boys, Jorge Calderón, Bonnie Raitt, David Lindley, J.D. Souther, and lots of great studio musicians.  The most lasting tune on the album was, of course, “Carmelita,” and that’s my pick for his first G.O.A.T.

Carmelita is a love ballad first recorded by Murray McLauchlan, but famous by Zevon.  It’s best known for the forlorn chorus: “Carmelita, hold me tighter/I think I’m sinking down/And I’m all strung out on heroin/On the outskirts of town.”  Oh, and that’s Glen Frey on rhythm guitar and harmony vocals!

Further listening:  The other G.O.A.T.s from “Warren Zevon” by Warren Zevon are Hasten Down the Wind (with Phil Everly singing harmonies) and The French Inhaler (one of Warren’s most heartbreaking songs, featuring Don Henley singing on the choruses).  There are other really, really good songs on the record too (it’s great from back to back), like Backs Turned Looking Down the Path (with Jackson Browne on harmonies and slide guitar and Lyndsey Buckingham on lead guitar!) and Mohammed’s Radio (Zevon’s first big single).

Covers: Too many to mention, and in multiple languages.  Here’s a little collection to get your own, and if you go out and find some good ones, come back and let me know!