Home
Berkeley Place
LOST ON YOU by LP 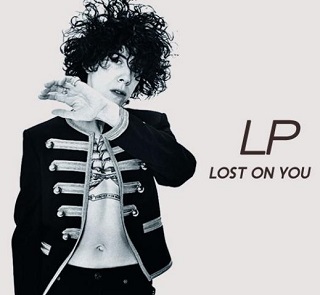 I’m always fascinated by folks like Linda Perry and Chris Stapleton, who write hit after hit for major artists, but stay out of the spotlight themselves. Especially when they, themselves, are actually much better performers than the the big name acts who sing their songs.

LP is one such lady. After writing for the likes of Rihanna, Cher and Christina Aguilera, LP herself stars on “Lost On You.” It’s not her first album, but it’s the first one I’ve ever heard—and it’s phenomenal. Her pop-songcraft abilities are evident, but the album itself is much more about the blues. Great, tough guitars backing a voice full of emotion and range. She’s been signed and dropped by at least four major labels, and when you hear this album you’ll understand why: How can you market someone so full of genius and power who refuses to crank out an easy-to-grab-you hook. Her songs are not instantly accessible—but when they grab you, you’re caught. Completely.

The lead single, Lost On You, is the most crisp of the bunch—it sounds almost exactly like Gwen Stefani.

Except that Gwen would never come from a place like this—a spot where the music feels live and gritty, and where her voice actually drops multiple octaves to show emotion, not just to prove she can do it. And I’m pretty sure No Doubt never featured back-up whistlers.

But this smooth ballad is not like the rest of the record, which is remarkably complex. Listen to the way LP’s voice dances around the simple finger-picking and hand-claps on When We’re High. Or the quiet pain of Switchblade. Or the 1990s feel of Up Against Me (my favorite single on the album).

This is easily one of the best albums of the year so far.