Home
Berkeley Place
WHY I WILL SPEND EVERY OTHER WEEKEND IN 2011 IN THE MOVIE THEATERS.

The 26 movies I can’t wait to see, from least to best.  Hit the break.

26.  Fast Five.  I see every one of these car-chase flicks. They just suck me in.


25.  Drive Angry.  Nick Cage as a guy from hell who seeks vengeance in fast-moving vehicles.  No, it’s not Ghost Rider.  And, moreover, it couldn’t possibly be as bad as GR was.

24.  The Green Hornet. Because the previews suck, but advance word of mouth has been incredibly positive.

23.  Tintin.  It rates relatively low because I can’t imagine it being good. 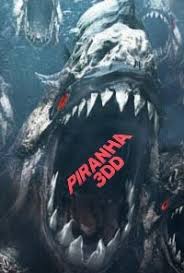 22.  Fright Night.  A remake of the campy classic.  Could be good.  Could suck.  No pun intended.

19.  Will Smith’s flick with the Wachowski brothers. If it actually comes out.

18.  Piranha 3DD.  Putting the title to one side, last year’s P-movie was grossly underrated.

17.  Sucker Punch.  An original SF flick by Zack Snyder, who in my opinion made crap with 300 and gold with Watchmen.  This one is about a mental patient with the power to phase into an alternate reality, or something like that.  Yeah, it’s 12 Monkeys meets Inception.


16.  Priest.  Plus: Preview looks cool as hell.  Negative: It’s by the same creative people who did Legion. Plus: Based on the TOKYOPOP graphic novel….

15.  Super 8.  Some kind of Sci Fi/monster movie by JJ Abrams.  I hated Cloverfield, but otherwise the guy’s got a pretty solid track record.

12.  Mars Needs Moms.  It’s based on a book by Berke Breathed, so that’s good enough for me.

11.  Battle: Los Angeles.  Previews have gone under the name “Battlela” or something like that, and they’re pretty weird, but it looks like this will be a pseudorealistic alien invasion movie filmed in the style of Black Hawk Down.

10.  Transformers 3.  Oh shut up.  You know you want it.  And it has to be better than Real Steel—the Hugh Jackman flick based on Rock-em sock-em robots.


7.  Contagion.  An outbreak movie by Stephen Soderbergh.  This has the potential to be awesome.