Home
Berkeley Place
THE RETURN OF ROCKERS WHO THINK THEY CAN RAP: Day Two, D to G

Part One is here.

Doo Wop (That Thing) (Lauryn Hil)-Mr. Bungle. This version is way too short. So check out this version:

And while we’re on the subject . .

Get UR Freak On (Missy Elliot)-eels.

And one female-voiced cover (oh! the irony!):

Girls (Beastie Boys)-esl.  I’ve read interviews with Ad Rock and Mike D where they express regret over this song and say they were pressured by Rick Rubin to record it.  I think that’s 20/20 liberal hindsight bullshit.  They were little punk kids when they made it, and they’ve grown up, but let’s not turn them into victims.  I went to school with this shrewd little fuckers, and they knew exactly what they were doing.

Nick Foster. Rebel Without a Banjo-Nick Foster and Public Enemy. I love this cover.  It’s funny and cool at the same time.

F is also for Mickey Hart’s Fire on the Mountain rap.

And The Fray’s cover of Kanye West‘s new, godawful single “Heartless.”  Now don’t get me wrong, I dig Kanye.  But 808 sucks.  I mean, it sucks squirty wet farts out of rotting goat corpses.

Nuthin’ But a G Thang-Streetwize. A smooth jazz cover of the West Coast’s biggest producer, from his best album. (Dr. Dre’s The Chronic of course.)

G is for Guilt By Association Volume 2, which has a great Kanye West cover (Can’t Tell Me Nothing by Francis and the Lights), which I’m not going to post here because it’s a recent release and I strongly advised you to buy it.  Since you all do exactly what I tell you to, I’m sure you already have it.

And finally, G is for the answer to this question: How can this girl . . . . . . covering this girl not be funny?  Are You That Somebody-The Gossip. An Aliyaah cover.  She’s kinda hip hop.  Hip hop guys dig her, anyway.

A to Z, Cover Songs, Hip Hop
Tweet Pin It 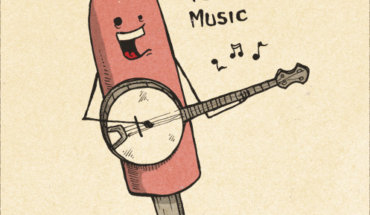