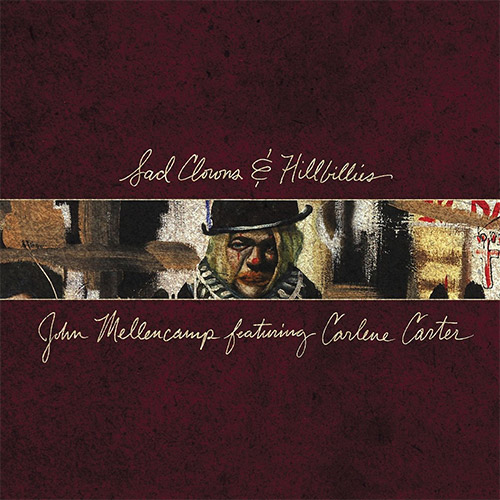 Name five rock legends. Right now. Hendrix. The Stones. The Beatles. Name 10. You’re probably getting to Bowie or Dylan by now, maybe even Tom Petty. But did John Mellencamp come up? Probably not. Yet, what would you call someone who was one of the best-selling artists for a decade, who said fuck you to the record companies when they tried to force him to make different kinds of music and then went on to sell even more? Someone who wrote songs that still get airplay thirty years later? I’d say he’s a rock legend. And that’s John Cougar Mellencamp.

Most of the rest of the duets on the album are with Carlene Carter, including the stellar Indigo Sunset…

Yeah, it’s a lot more country than anything he’s done before–and I never really thought of him as a duet artist. But it works well. Even in his late 60s, his voice is rich and full–he’s not creaking, he’s not struggling. He’s not screaming about being a rebel anymore–his content has matured–but he’s still a brilliant songwriter.

So, if you never thought of him as a legend before, this is a good place to start.