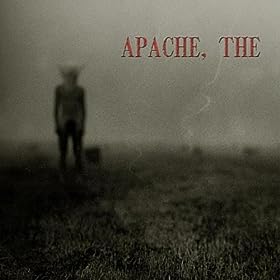 Okay, WTF.  I don’t know anything about the band that appears to call themselves “Apache, The,” other than the fact that they’re from Utah.  Utah?!  And there are four of them.  And all of the songs on what appears to be their debut are named after people and dates.  Like “Ed Templeton or Rodney Mullen (1993),”James Coburn or Samantha Morton (1833),” and “Paul Newman or Sidney Poitier (1958).”

But I don’t know why.  And they don’t offer any explanation.  In fact, the bio they sent to me just says this:

Apache, The is a band based out of Utah featuring Bastian Salazar, Hector Steele, B. Borealis and Dik Stevenson.  They were together less than 2 months and after recording 8 songs and before they played enough shows you could count on one hand, they broke up.  Probably because they were all assholes. But maybe just because they got tired of sharing such good music with a world too stupid to realize what they were missing.

To which I would say: Yeah, they were assholes.  Because they didn’t even give us a chance to realize what we were missing.

You might think the band is affected, with a bio like that and song titles that scream Ivy League intellectual, but the lyrics are pure Johnny Cash violence, the vocals are anger personified, and the guitar work is easily as good as any shredding from Drive-By Truckers.  This album is awesome.

Available on Halloween 2010 for download from Amazon, and well worth it.  The copyrights appear to be owned by Drew Danburry, but I figure this shit out.  I just know it’s freakin’ awesome, and all of you should run the Hell out and buy it.  Seriously.