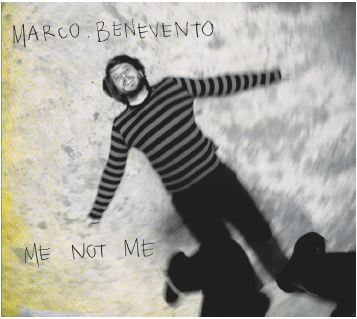 Instrumental albums are hard to pull off. When I heard that Andrew Bird’s next project would be all music, no singing, I was shocked (and disappointed). I never find myself turning to instrumental records. And as for jazz . . . Well, let’s just say others enjoy it a lot more than I do. So the prospect of reviewing Jazz musician Marco Benevento’s new album wasn’t exactly enticing. But I did my duty, and I have to admit: It’s damn good.
Part of what makes the album work is that it’s full of covers.
The originals are as good as the covers; he interprets songs by My Morning Jacket, Leonard Cohen and Led Zeppelin, giving each a flavor unheard in the original. Most of the songs are piano-driven, but the percussion is surprisingly good as well. I say surprising because I understand it’s mostly machines.

Each song on the record is remarkably different. Lead track “Golden” (a My Morning Jacket cover) is fast, experimental indie pop, anchored by a piano playing the somewhat-familiar melody of the original. I bet most folks won’t even recognize it at first, but by the time the drums take over and the songs implodes, you’ll be saying, “Wow!” Other familiar tunes include Led Zeppelin’s “Friends,” a heavy instrumental, and “Seems So Long Ago, Nancy” by Leonard Cohen, but he also tackles lesser-known songs like Heartbeats (The Knife), Sing It Again (Beck), and Run Of The Mill (George Harrison). Even the originals are good. “Mephisto” is jazzy, while “Now They’re Writing Music” is fantastic indie rock that cries for lyrics.

Best of all, the promotions department actually got it right this time, picking for the single, “Twin Killers,” (a Deerhoof cover) that is most definitely one of the strongest songs on this very good record. It gets my highest recommendation.