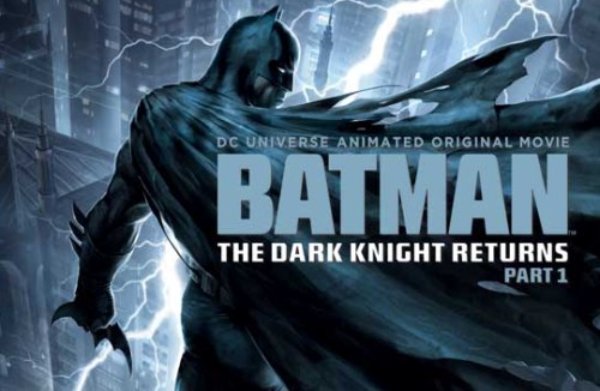 Warner Premier, who handles DC’s direct-to-DVD movies like the brilliant Justice League New Frontiers and the better-than-the-movie Green Lantern feature, is being shut down.  My hope is that his means they’ll be distributing these features through on demand TV or some other streaming format, rather than closing down completely.  After all, they’ve produced some truly wonderful stuff over the past 5 years.

Here’s what they’ve done, and whether you should invest in it, ranked from worst to best; note: I haven’t seen Justice League: Doom or Superman vs. The Elite yet.

Superman/Batman: Apocalypse.  This is the only DC DVD I’d say really failed.  The story didn’t work, the characters weren’t clearly drawn…It just missed for me.  C.
Batman: Gotham Knight.  A collection of short pieces in various styles.  I liked the effort, but it just didn’t gel for me.  B-.
Superman: Doomsday.  My mediocre rating is largely due to the fact that I’m not a big “Doomsday” fan.  Seems to me he was just a device created to sell comics to people who actually believed DC would kill Superman.  B-.
Superman/Batman: Public Enemies.  Solid and enjoyable.  B.
Green Lantern: First Flight; Wonder Woman.  I’m not a big fan of either character—except for the new 52 version of Wonder Woman, which is one of the best thing DC is currently publishing–but these movies worked pretty well.  The Green Lantern one was way, way better than the lame live-action movie.  B+.
Batman: Under the Red Hood.  Here’s one where I enjoyed the comic book but didn’t love it, but I really dug the movie.  It rose above the source material.  A-.

Justice League: Crisis on Two Earths.  I tend to hate multiverse  stories, except when they involve the JLA.  Particularly because I love the evil alternate JLA known as The Crime Syndicate.  It helps to have great source material,

and Grant Morrison’s “JLA: Earth 2” graphic novel is one of the best.  A.
Justice League: The New Frontier.  Very true to the Darwyn Cooke source material, this is a JL movie unlike any other.  It takes place in the “early days,” just like the critically acclaimed comic book did, and is well worth watching even if you haven’t read the comic.  A.
All Star Superman.  Like I said, the better the source material, the better the movie.  This one was absolutely amazing.  My wife, who hasn’t read the comic and could care less about superheroes in general, actually got choked up by the characterization of the relationships in this film.  Stellar.  All star.  A+.
And if you like cartoons, check out this feature on the top 5 best least-known comic book cartoons!