This one grew on me gradually over the year.  A creeping, soulful indie rock album from the band that rose from the ashes of Port O’Brien. 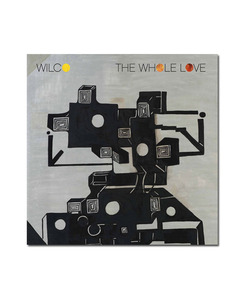 4.  WILCO-The Whole Love
Pulling a Radiohead, Jeff Tweedy’s band self-released their latest, a magnificent collection of long-form indie rock meditations.  He’s licensed the music to Epitaph, and BMI are listed on the songwriting credits, but since you can buy it direct from their own label (here), I’m counting this as an indie album.  Also, if you’re not a fan of this band, don’t worry.  I’m not, either.  But I loved this one.

3.  J MASCIS-Several Shades of Why
The album that will break your heart and keep on breaking it.

2.  WU LYF-Go Tell Fire to the Mountain
WU LYF is an acronym for World Unite Lucifer Youth Foundation, a band that eschews major label offers and publicity alike, but creates rough, psychedelic music like the kind TV on the Radio used to make.  Or Captain Beefhart.  Incredible, mind-blowing stuff. I’ve listened to Slum Village member Elzhi’s tribute to Nas’ greatest album at least a dozen times, but every time I still find myself gasping.  Oh my God, how does he hit the beat so perfectly?  How does he make lyrics that sound fresh, even when you know what’s coming.  Not just a mixtape, an album.  And the best album of 2011.

And here’s a video.