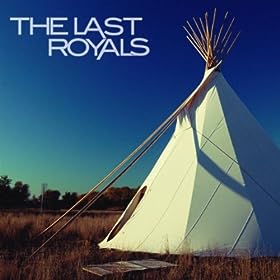 Coming out of New York, The Last Royals have released an urban pop EP–by which I mean that the songs remind the listener of the city.  Not that they’re rap.  Far from it.  It’s  electro pop (shades of Gorillaz) cynical tales of living in a world of concrete and steel.  “Ask anyone in a falling elevator: ‘Does the steel and the glass make it clear?'”  Lovers have “walls that come between” them.  The songs are about the heartlessness of structure, and the need for love.  They’re on Brooklyn’s own Ooh La La records (shout out to the hood!).