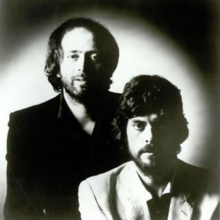 The Alan Parsons Projects first album, Tales of Mystery and Imagination, debuted on May 1, 1976 in the U.S.  With several instrumentals, including one that was 16 minutes long, it wasn’t an obvious hit.  It was an attempt at a “horror” album, with an attempt to recreate Edgar Alan Poe’s The Raven, among other songs.  But a year later, I Robot came out–with hits like Games People Play and my personal favorite Don’t Let It Show.

Let’s pay tribute to the band with cover versions! Like Pat Benatar’s fantastic version of “Don’t Let It Show,” and Jonatha Brooke doing “Eye in the Sky.”

Eye in the Sky

Nothing Left to Lose