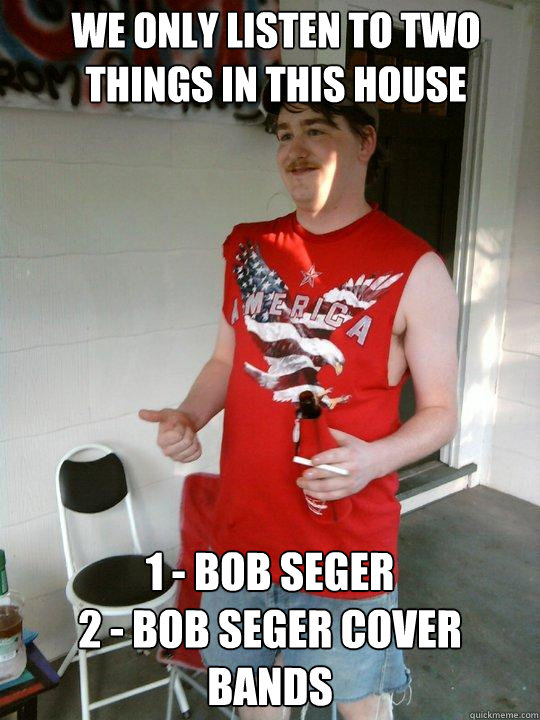 This song would not make my list if it weren’t for Metallica’s cover.  Just being honest.  Seger is a fine musician, but like so many 1970s Southern/hard rockers he wasn’t much more than fine.  I’d put him in a class with Bad Company, Marshall Tucker, Boston, Kansas, etc.  They were all successful, some wildly so, and their “best of” albums probably still bank sales to this day, but if you ask someone their favorite song they won’t list one by any of these guys.

The lyrics to Turn the Page feel almost like a cliché: A guy walks into a redneck truck stop, where he’s teased for having long hair.  In fact, the song is keenly self-aware that it draws from a trope, with the lyric: “The same old cliches /Is that a woman or a man?”

Seger’s recording is a power ballad, and it’s definitely a good song—but it’s not a great one.  And then Metallica got a hold of it in 1998 on their Garage, Inc. album ,which featured a collection of odds-and-ends and covers, and blew the doors off.  James Hetfield’s voice is like Bob Seger’s—hoarse and gruff—but has so much more grit that it turns the stereotype into something that actually matters.  When he says he wants “to explode,” you believe he just might.  And then jettisoning the sax in favor of Kirk Hammett’s guitar lick moves the tune from soft rock to metal in one motion.

Further listening: Seger had a ton of hits.  A few of the more interesting ones were Like a Rock, You’ll Accomp’ny Me, Against the Wind, and Old Time Rock and Roll.  They kind of all blend together, though.

Cover versions:  I’m leading with Metallica, of course.  Then a bunch more I thought were interesting. Interesting fact about Waylon’s version: He used it as the single to his first “sober” album.