Before I review this album, which I really, really liked, check out this tribute to David Bowie–in case you missed it.

That tells you a lot about how earnestly Glen Hansard loves rock and roll. Now for the review of his latest album:

I hope Van Morrison is happy. A few years ago, Hozier issued a tremendously good and fantastically successful Van-inspired album, and now Glen Hansard evokes the same kind of yearning balladry on several songs on his new album, “Between Two Shores.” Of course, Hansard doesn’t have the Van Morrison voice (and neither did Hozier). Few people do. But he has the heart and the power and the desire to craft old-fashioned rhythm-and-blues songs that touch the heard and make the head bob.

Between Two Shores is a classic rock album at heart. There’s even a song called, “Wheels on Fire,” which should make you think of Cream. That song is indeed psychedelic, but instead of grinding guitars, Hansard’s voice is what drives the song home–punched up with horns and powerful drums. Song after song, Hansard tells of broken hearts and dreaming loves, with a specificity that leaves no doubt as to the deeply personal nature of this album. Pitchfuck called this “meandering” and gave it a 5.7. They’re wrong. Very wrong. Maybe it’s because you don’t hear music like this nearly as much anymore–and the world of music is suffering for it. Songs that are designed to be listened to–not playing overhead in Starbucks. As I survey the internet, the reviews for this record are pretty tepid. That often makes me think, maybe I’m wrong for liking it so much, but not this time. This is an album made just for me. It’s perfect. The reviews seem to say it’s not as good as Hansard’s work with Swell Season, or as his last work, but they need to listen with fresh ears. I know I’ll be listening to it years from now, and I bet these critics would, too, if they weren’t looking for something different.

This album recalls the best of artists like Bruce Springsteen, Glen Campbell (or Ryan Adams, for something more modern), and, of course, the afore-mentioned Van Morrison. And if you’re going to draw from the past, that’s a mighty deep and fertile well. 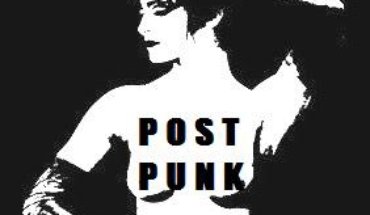