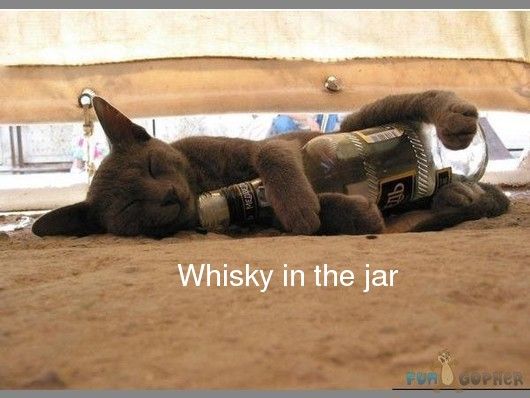 I just updated the master list–we’re up to 21 songs now–so this will be the 22d.  And it’s the first “traditional” song, i.e., one without a known author.

Okay, if I’m going to include a traditional tune here with no known author, why not include Row Row Row Your Boat as well?  Because this song is actually good.  And there have been many versions that are some of the Greatest Of All Tunes.

Usually for a GOAT post I offer cover versions. Since this is a traditional, I’m going to offer the history of my favorite versions of the tune—starting with the earliest one I could find, from Lena Bourne Fish in 1941, with the song being called Gilgarrah Mountain.

The tune has been recorded a few times since under that name.

Meanwhile, the Kingston Trio recorded “Whiskey in the Jar” in the 1950s, and Peter Paul and Mary did it in 1965.

The ’60s brought a ton of versions, including The Grateful Dead.

In 1984, Men They Couldn’t Hang renamed the song Whiskey with Me Giro…

Then Belle and Sebastian.

And this year, Bryan Adams brought it back again.

And I’m ending with my absolute favorite: Metallica (1998) (Grammy winner!)