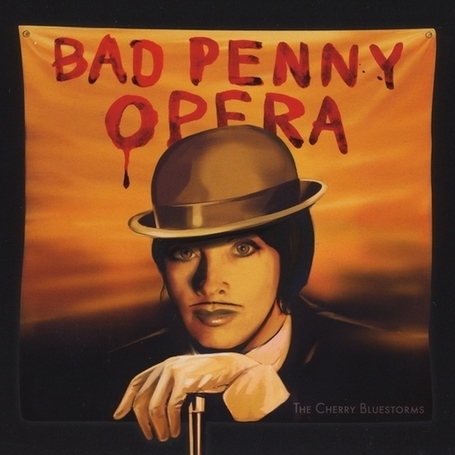 Badpenny Opera is the latest from The Cherry Bluestorms, an album six years in the making.  It’s a folk opera.  Yes, you read that right.  I don’t think I’ve ever heard one before.  The album tells a story, but the songs work fine on their own as well.  Crisp folk-y pop that recalls Aimee Mann, the lighter songs of Crosby, Stills and Nash, The Mammas and the Pappas, and, of course, Donovan.  Because they do a terrific cover of his hit, “Wear Your Love Like Heaven.”  It’s slightly faster than the original, and it has a horn section and swells.  Very cool.

Here’s a stream of three songs from the album.