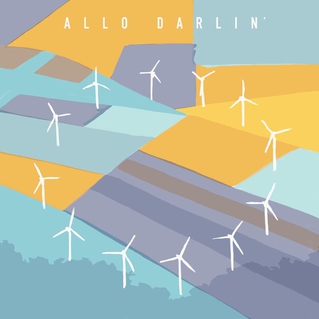 Ladies and Gentlemen, I bring you The Album of the Year.

“Europe,” the second album by the Scottish band Allo Darlin’, is the most original, infectious, wholly independent pop album I’ve heard in year.  The morons at Wikipedia call it twee. The Pitchfuck snobs gave it an 8.5, which is high for them but low for this record. ‘Cause it’s a perfect 10.

The band is brainchild of an Aussie named Elizabeth Morris, who, along with a few other musicians I”m sure you’ve never heard of, is that rarest of pop musicians: A creative force.  Pop is pop because it feels instantly familiar, and although many of the uptempo songs on this record do fit that bill, they at the same time are crisp, wonderful, and fresh.

And if you order it now, you can also get a bonus EP with covers of Springsteen and the Ramones, along with my absolute favorite AD song, entitled “Wu Tang Clan.” Not sure where to send you for that deal, though…Sorry.