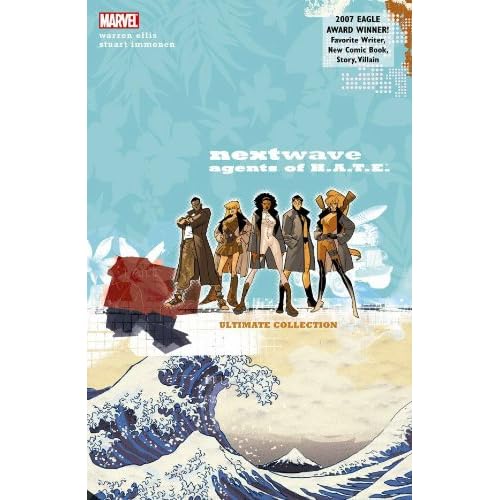 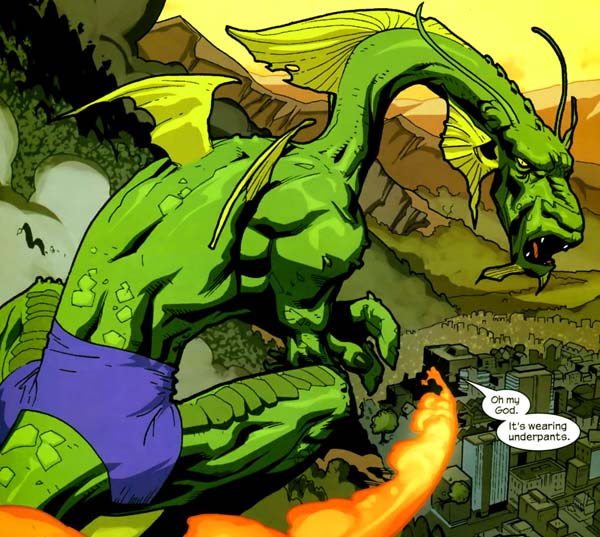 One of the best things about being a comic book nerd is that there’s always something I missed, something new, fresh, and different.  So when I saw the complete Nextwave available as an “Ultimate Collection,” I snapped it up.  The book is a biting and hilarious parody of everything comic book: From The Ultimates to D.C. to Hellboy and everywhere in between.  It rewards Marvel nerds by bringing in fringe characters like those mentioned above and many more (including one of my favorite Marvel creations: The Mindless Ones!), all wrapped up in an anti-corporate framework.  It’s not giving anything away to say that the basic story features a team consisting of Monica Rambeau (the black female former Captain Marvel); Machine Man; mutant Tabitha “Boom Boom/Melter/Time Bomb” Smith (of New Mutants and X-Force); Elsa Bloodstone (daughter of Ulysses Bloodstone, from old Marvel monster books and FrankenCastle); and a new guy called “Captain [expletive deleted],” whose name is so offensive that Captain America beat the crap out of him for using it.  The story is violent (but not gory), and completely self-aware.

I can’t recommend the book enough, if you like a good helping of satire with your superheroes.  It won a bunch of awards, and it deserved them all.

See a great slideshow of some of Immonen’s brilliant double-splash pages here.