Another double-post today: Two bands who seem ready to open up shows for bigger-named bands.

First, Ireland’s export, The Plea make poprock. You’ll be forgiven if you think if U2 and Bell X-1–it’s good company to keep, after all. The music is proficient and the vocals are pitch-perfect, on every song. There’s nothing genre-stretching here, but it’s definitely a fun listen. Opening track, “Hello,” is an anthem that’s radio and soundtrack ready.

X.O.X.O. also make “safe pop,” but where The Plea recall late ’80s/early ’90s alt-rock, X.O.X.O. have more modern influences. It’s clearly Americana-tinged indie pop, which makes it somewhat eclectic, but within this category it’s fairly familiar–think Hot Chip, Weezer, etc. Again, that’s not a bad thing. The band’s focus is on sweet, insanely catchy pop songs. It’s impossible to listen without tapping at least a toe–if not jumping up and down to the beat.

That’s all you’ll find here actually: Beat! Beat! Beat! Except for on “A Song for the Reminiscent,” which slows down into a pop ballad and shows unexpected range. The EP is available on iTunes, and you owe it to yourself to go check out at least this song there. Lots of fun. Check it out. 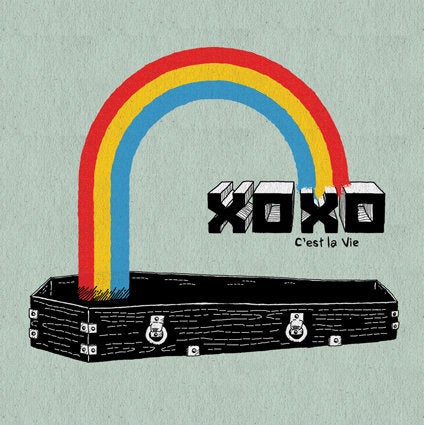