Home
Berkeley Place
DON’T LOOK AT THIS, LOOK AT THAT! Random thoughts and links.

2.  Weird music expert Chad VanGaalen has released a free EP of B-sides from his great record, Soft Airplane. You can get it here, for free (follow the link).  Also, Chad is touring Canada right now:

3.  Everyone is blathering about Kid Cudi.  I don’t get what the big deal is.  But you can find out for just $4.

4.  Horror for chicks. There’s been a lot written about a recent study of box office receipts showing that women like the new “torture porn” and slasher movies even more than men do.  Articles I’ve read go into all kindsa psychology on this.  But isn’t it a no-brainer?  Many of these movies are rated PG-13.  Girls mature faster than boys and are even more eager to prove their “adultness.”  Seeing a PG-13 movie is one way to do it, judging by 12-year-old niece and her gaggle of pals.  Also, these films feature far less nudity than the ones from the 1980s, which, I can say from experience, was the real reason that boys went to these movies.  Pre-teen and teen boys are far more into muscles and action than horror.  But put a big ol’ pair of titties on the screen, and boys’ asses will be in the seats.

5. Higher Than the Stars (Others in Conversation remix)-The Pains of Being Pure at Heart (direct link)

6. Superman/Batman is one of those titles that has never been consistent. There’s been some cool stories, like the arc where Supes and Bats hunt down and destroy all the kryptonite in the world, and the story featuring superboy and robin, but then there’s been crudely drawn, tensionless snoozers like the Composite Superman story. The cool thing about it, though, has always been that it exists outside of DC continuity, and the adventures are self-contained, so the reader didn’t have to read the 3+ Superbooks and the 5+ Batbooks to follow the story. It looks like they may be changing that, based on an interview on Newsarama with DC Executive Editor Dan DiDio. That man just screws up everything. He says that upcoming stories revisit different events from DC’s past, and add SuperBat-related details. That’s not a bad idea—sounds a lot like the upcoming Spider-Man Secret Wars miniseries—but DiDio also said that the book will begin to be rooted in current DC continuity (beginning with a Blackest Night story). Anyone who knows about these two main-staple characters knows that Superman left Earth and doesn’t even appear in Action Comics anymore, and Bruce Wayne is dead. These were the two biggest mistakes that DC ever made, and unlike peanut butter and chocolate, I don’t believe that they will go great together in the Superman/Batman book. DC hasn’t been good for a very long time.

6. And while I’m giving plugs to men in tights . . . Ultimate Alliance 2 fucking rocks. 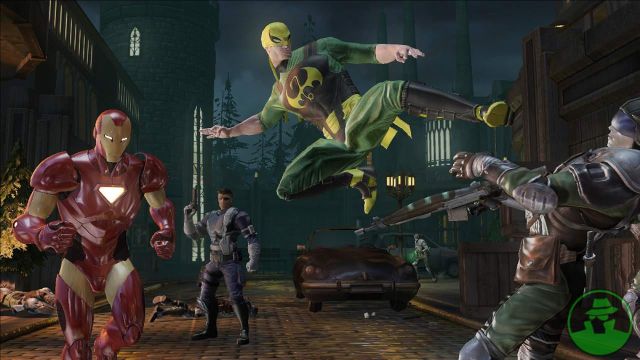