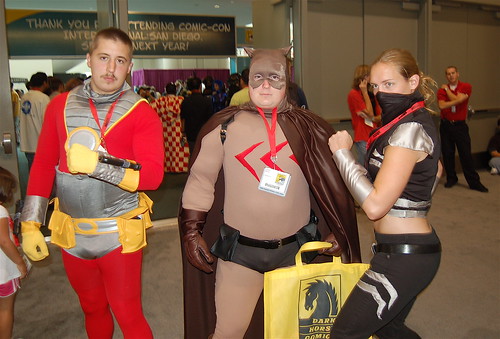 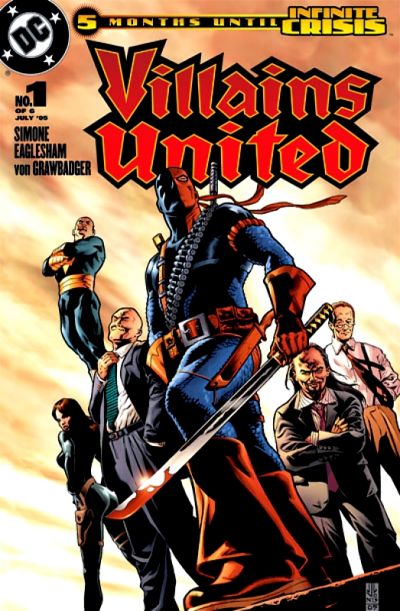 Gail Simone revived the Golden Age team of villains, The Secret Six, in the pages of Villains United, as part of the Infinite Crisis Event.  It’s probably the best thing to come out of a DC event since…Well, ever.  Drawn by illustrated by Dale Eaglesham, the team was made up of two established C-list villains (Catman and Cheshire), one B-lister (Deadshot), and three newly minted villains: Ragdoll, Scandal Savage (daughter of Randall Savage), and one of Darkseid’s Parademons.  The book was so good it spawned a miniseries the following year,  which then 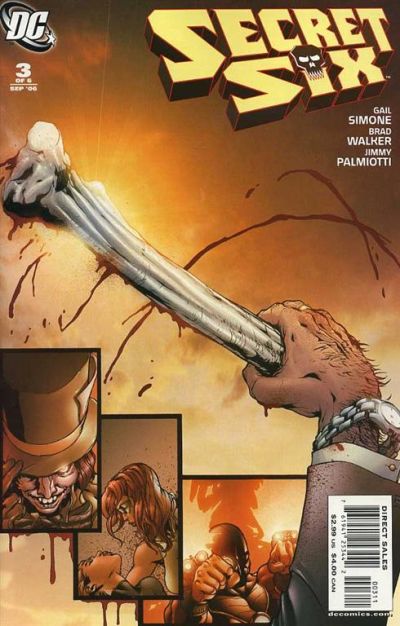 turned into an ongoing monthly.  It’s one of the best DC books of all time.

Here’s links to a panel from every issue…