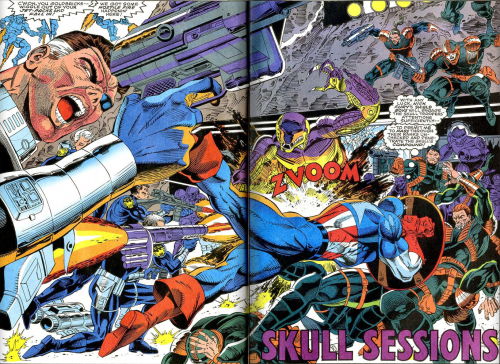 Then, Cap takes on Blazing Skull, a villain from his Invaders days after Nick Fury tells Cap that B.S. is working with Red Skull (who is on the lam), but it turns out that Fury’s information on B.S. is B.S.  Blazing Skull is actually kind of a good guy now.  So, together, Cap and the Blazing Skull take on Night Shift.

But in the end there’s another bizarre, age-old continuity twist in the trademarked Mark Gruenwald style: Blazing Skull is actually Skull the Slayer, who got all radioactive recently. And of course Red Skull is not where he was supposed to be. 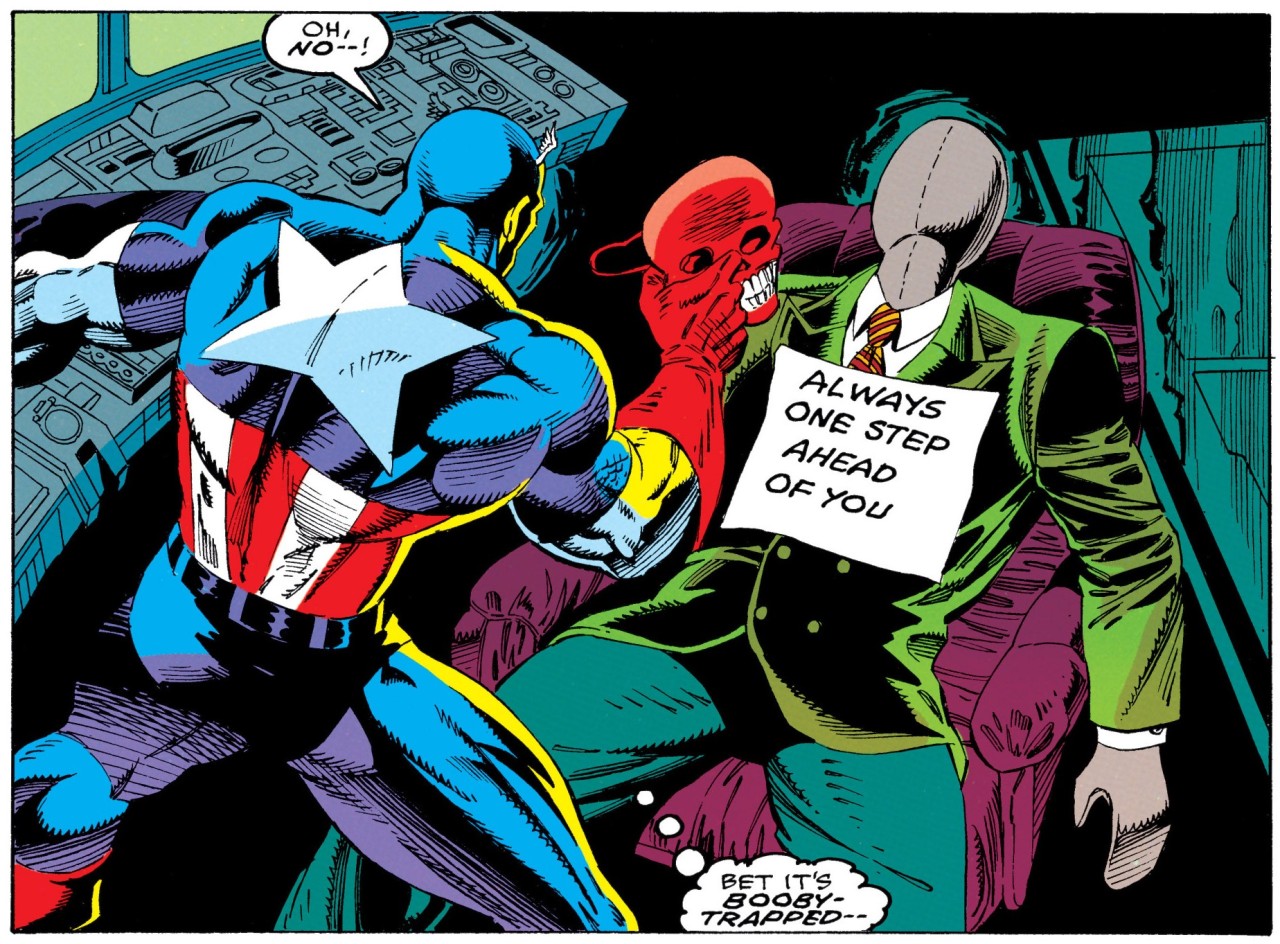 Then, at the very end of #420, we get the set-up for next issue: Cap is tipped off that Dr. Faustus has kidnapped Nomad.  So, we ride right into Cap vs. (brainwashed) Nomad, who appears to have been “sold” to Slug by Faustus.  After some fighting, Nomad is un-brainwashed (how many times can this happen to a guy?), and then he rides straight into Nomad #19 to get revenge on Faustus.

Cap knows Nomad is doing this, but makes no effort to help.  Instead, he goes into his next adventure next issue. 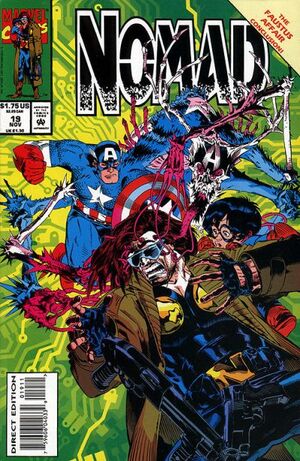 Gruenwald can be a fun writer, but the constantly rapid pace in these stories is just impossible to accept.  It’s all plot, no character work, and the characters he uses feel like they’re just fitting into the story–they don’t behave as they should.

None of this is terrible, but it’s terribly sub-par.

And here’s a very odd panel: 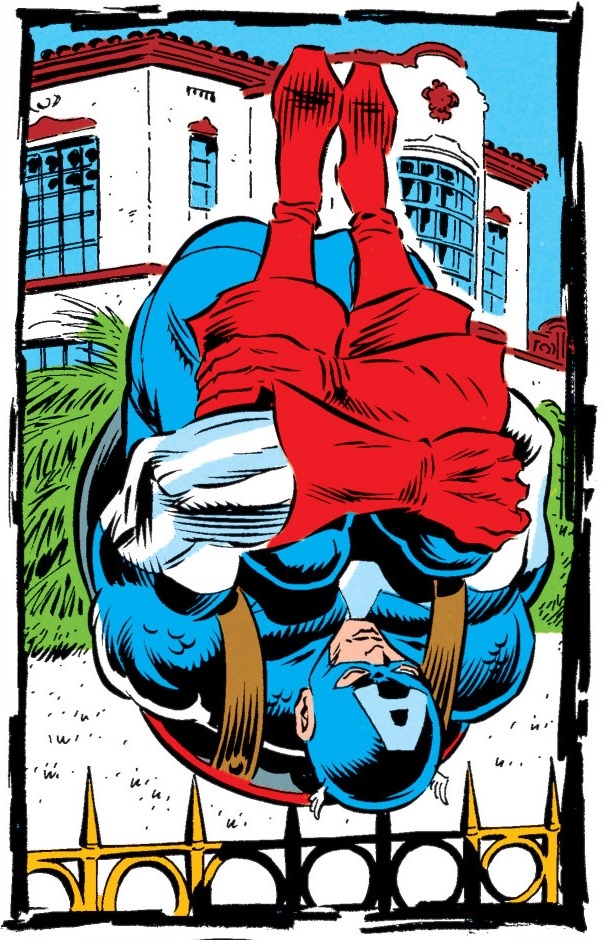