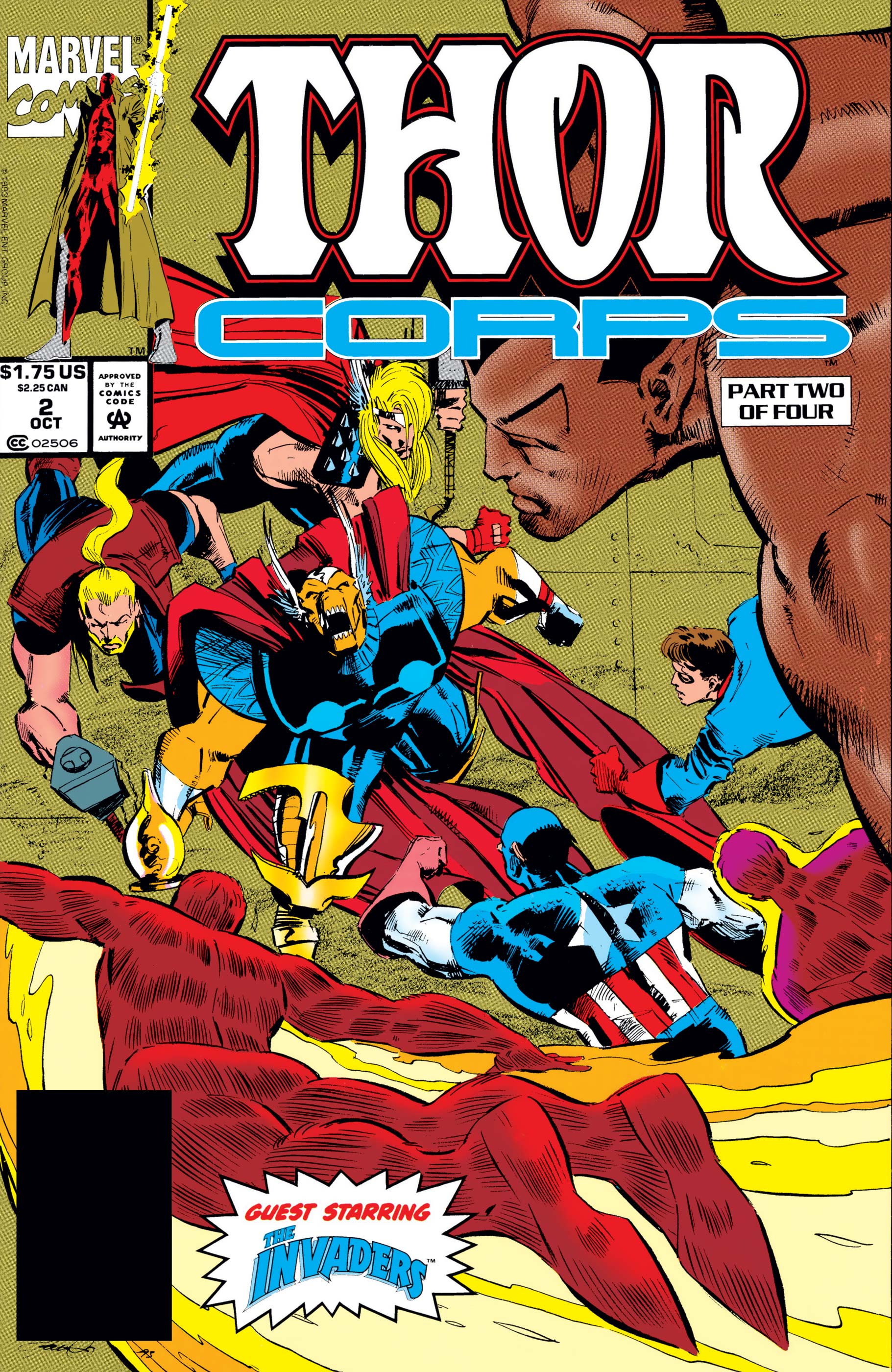 Dammit, Tom DeFalco!  You ruined Thor for a year with your godawful Eric Masterson story, then you got Marvel to let Masterson have his own comic and now, on top of that, you’ve created a “Thor Corps.”  Ugh.

The four assemble together to fight a mad scientist and go to the past to meet the Invaders and the future to meet the 2099 Marvel line.

It’s like Marvel is intentionally cross-promoting its worst ideas and characters.  I’m not tagging them because I’m not sure any of this is canon—it feels like the whole adventure has them going to alternate pasts/futures.