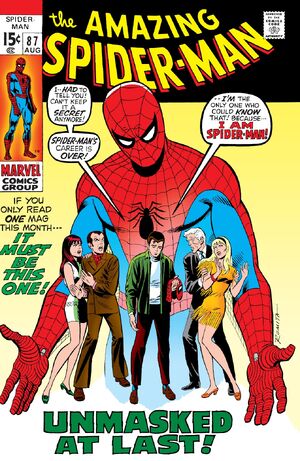 Over the last several issues, Spider-Man has been sick and his powers have been fading–and he is convinced they will soon disappear forever. Like many sick people, this leads him to do an unwise unburdening and tell everyone at Gwen Stacy’s birthday party that he is really Spider-Man.

Then he goes to a doctor who says he has the flu, and will be better soon. Now what’s he gonna do? He just told everyone he’s Spider-Man!

He sets up his solution: Peter Parker and Spider-Man in the same place at the same time?  Impossible!

(Actually, it’s The Prowler in Spidey’s costume, doing the boy a solid.) 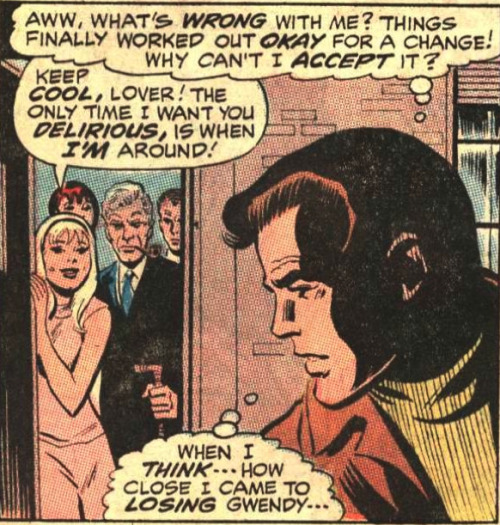 And she likes that Flash is going into the military. 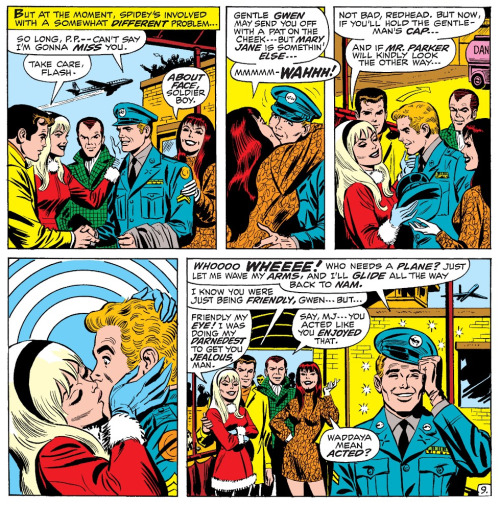 Also, remember: Prowler was black.  So that makes this the first black Spidey appearance!