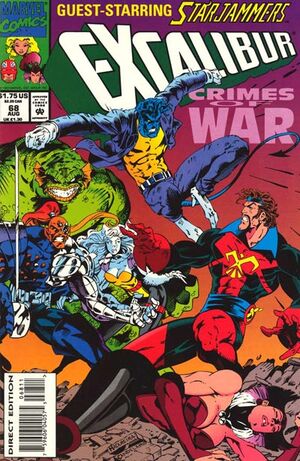 Excalibur has been an extraordinarily uneven comic, moving from satire to whimsy to standard comic book drama.  It takes three writers to take over in Alan Davis’ absence.  They start by bringing in the Starjammers—an interesting group that has been underused of late.

They also start by throwing us right into a story, rather than framing/recapping/or doing the general thing that most new writers do, which is show the readers that “hey, I’m new here but I know these characters!”

When we last saw Excalibur, they were jumping around the time stream, and in this story we see that Captain Britain was unable to return with them—he got lost in the time stream, along with Widget.  And Meggan is so saddened by this that she’s basically a zombie.

The Starjammers show up as agents of the Shi’ar Empire to take Cerise with them, because she’s a fugitive (this is new information for us readers—we’ve never even known she was from the Shi’ar).  She was dating Nightcrawler, but they have a teary goodbye. 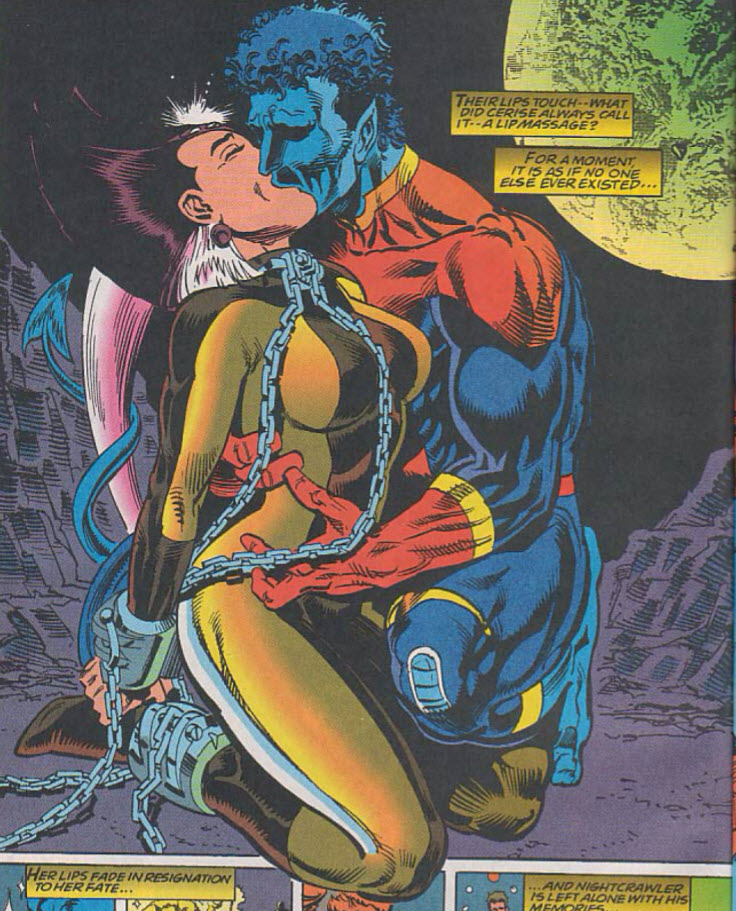 So, by the end, the team is much smaller. And they’ll be working closely with Professor X, Jean and Scott.

Nicely done reboot.  I enjoyed this story more than nearly all Excalibur issues that preceded it.  It’s a bit odd, though, that they’re still called Excalibur when Captain Britain is off the team and they’re now tied back to the U.S.

Creators: Plotted by Scott Lobdell, with script by Dan Slott, Evan Skolnick, and Richard Ashford, and art by Steve Buccellato and Ken Lashley.
Grade: B-