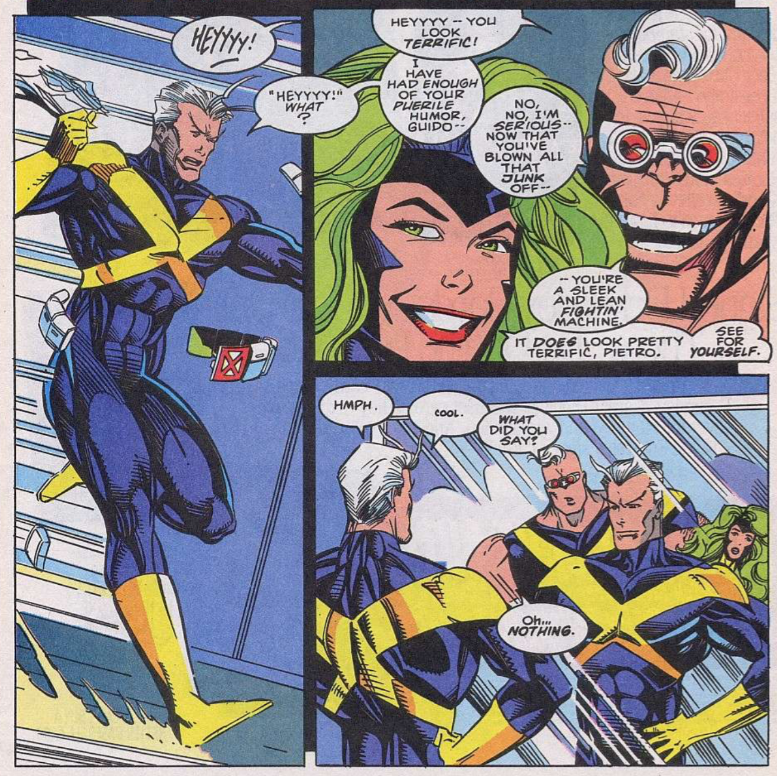 These are really two separate issues that are labeled “The Longest Day Part 1 and Part 2,” probably because Marvel received complaints about Peter David being pushed quickly off this title.  They even addressed the creative issue on the letter page.

The issues have a lot of little moments that attempt to tie X-Factor to the flagship Uncanny X-Men book. That seems to be the way most of the X-books are going–the July/August issues are starting to bring all the stories together and established shared continuity.

The art is atrocious–some of the worst work by these artists.  But that might be because Al Milgrom is the inker.

And Quicksilver gets a grotesque new costume.