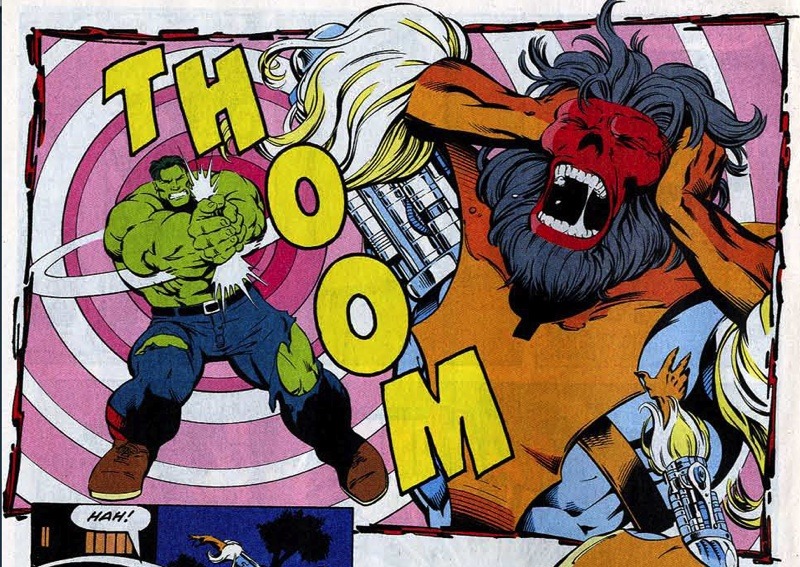 As part of his Pantheon duties, Hulk meets the Loch Ness Monster.   Who does the mafia thing to Hulk and throws him in the loch. 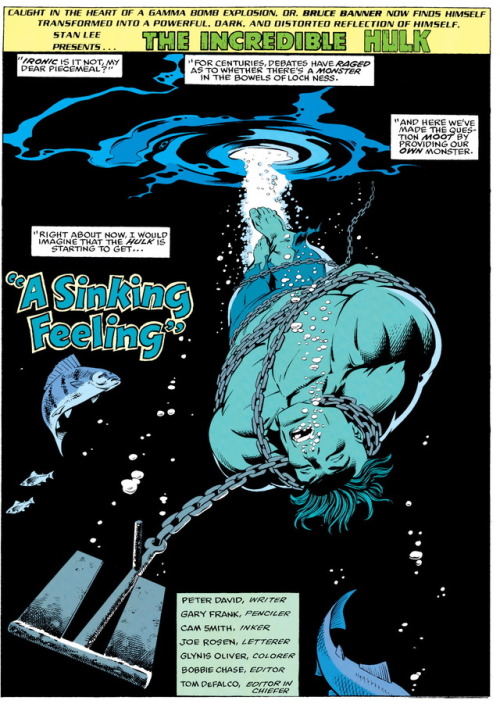 Except it turns out he’s a villain named “Piecemeal” who is like a Frankenstein monster of Hulk villains, created by enemies of Pantheon.  He fights Piecemeal and other local enemies. 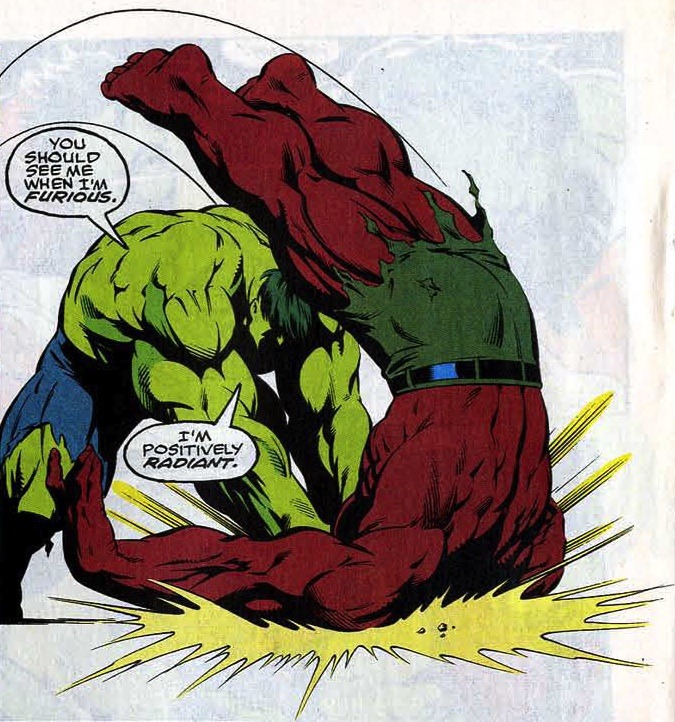 While he’s in Europe, Hulk meets some Marvel UK characters, like Killpower. 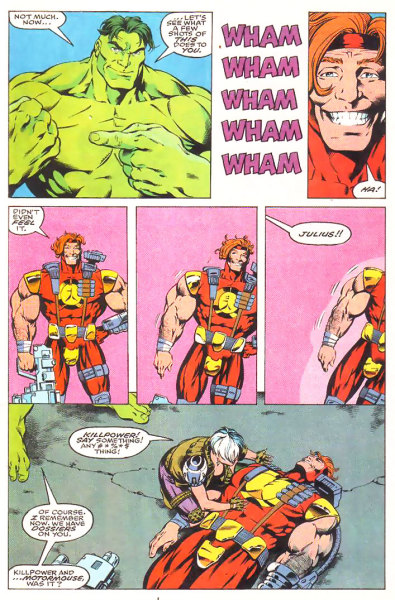 Marvel also tried to incorporate its UK characters in Excalibur. I haven’t tagged them because these efforts fizzled out and didn’t really amount to anything in the long run. 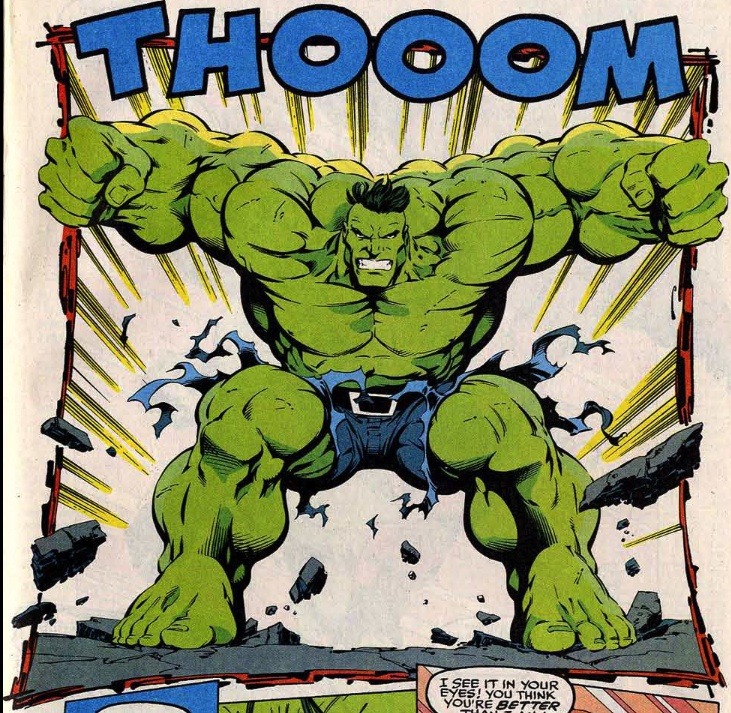 For that matter, Pantheon didn’t, either.  But it was fun to see Peter David experiment with the idea of superhero-as-world-changer.  The idea would become the concept for several Wildstorm titles in about 10 years.  I like that the “gods” in Pantheon are all deeply flawed, too.