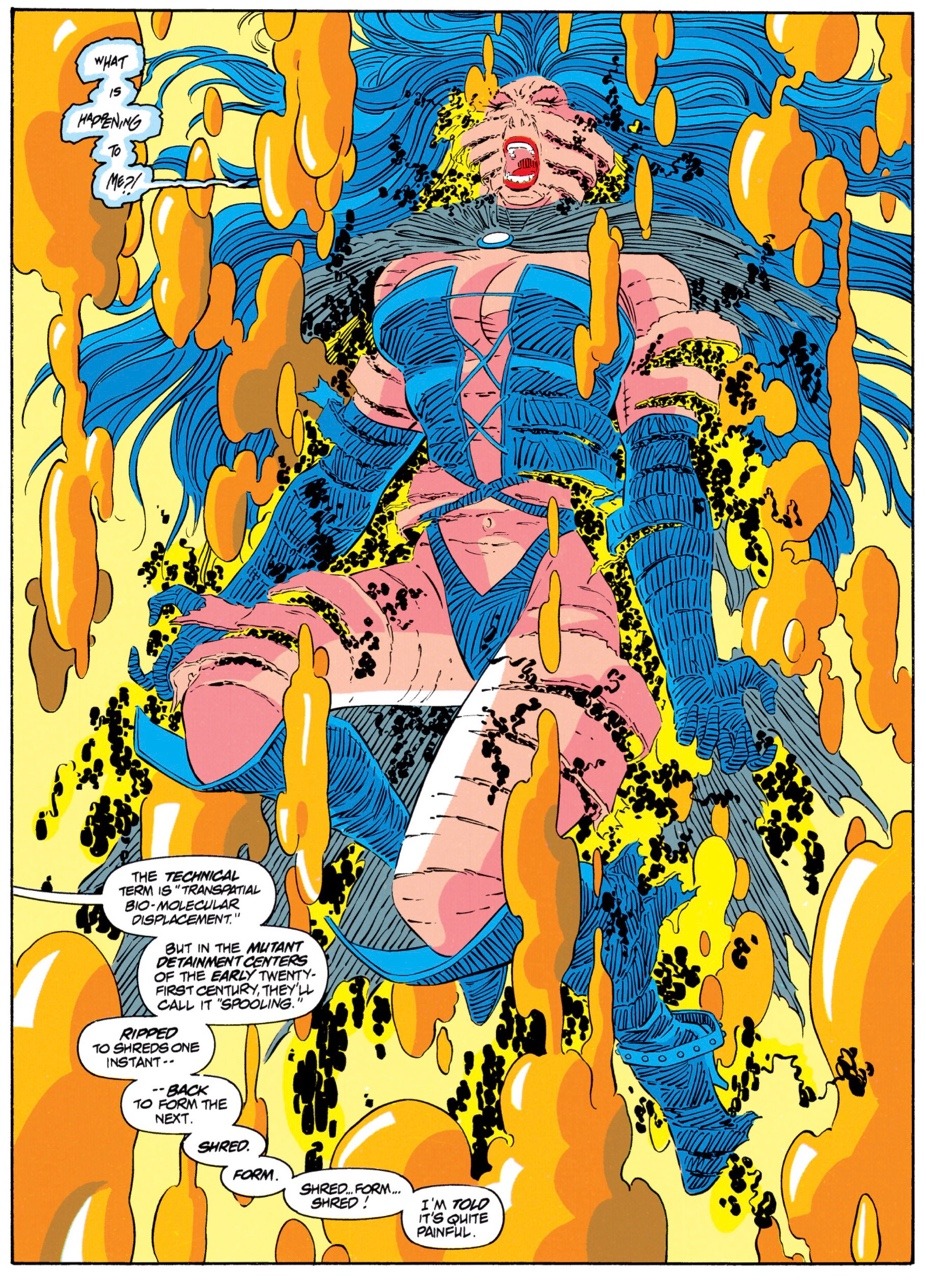 The Upstarts (who have turned against Selene, the person who formed this team of game-playing scavenger hunters), and are torturing her. They next decide that Forge will be worth double points, so they go after him.  Mystique is at his house, so the two of them try to fend off the attack until a bunch more X-Men can arrive to help.

I’m not a fan of the Upstarts storyline.  I wish it would end.  It just feels like random fights for little reason.

At the end of #303, Illyana dies of the Legacy Virus.  The death happens off-panel, and instead of Colossus, her brother, being the focal point, it’s Jubilee, who barely knew Illyana. 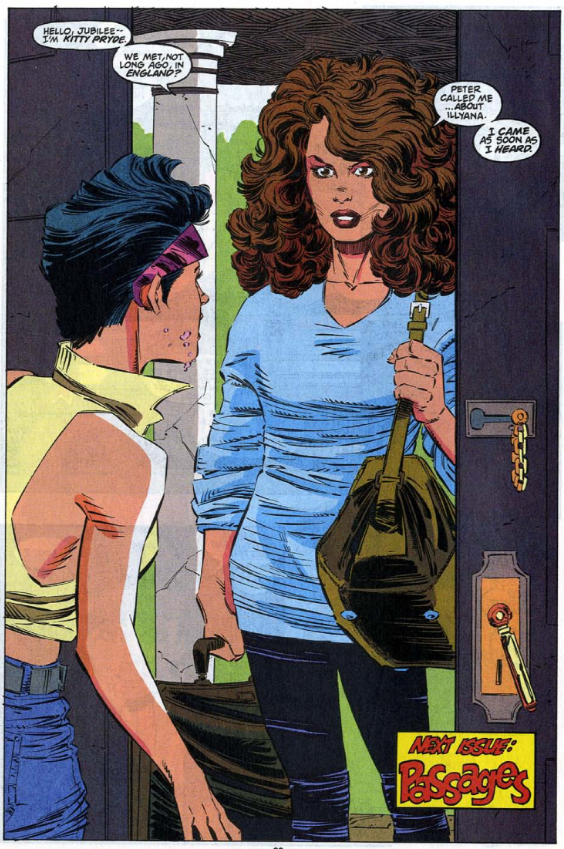 It’s a strange choice to make. 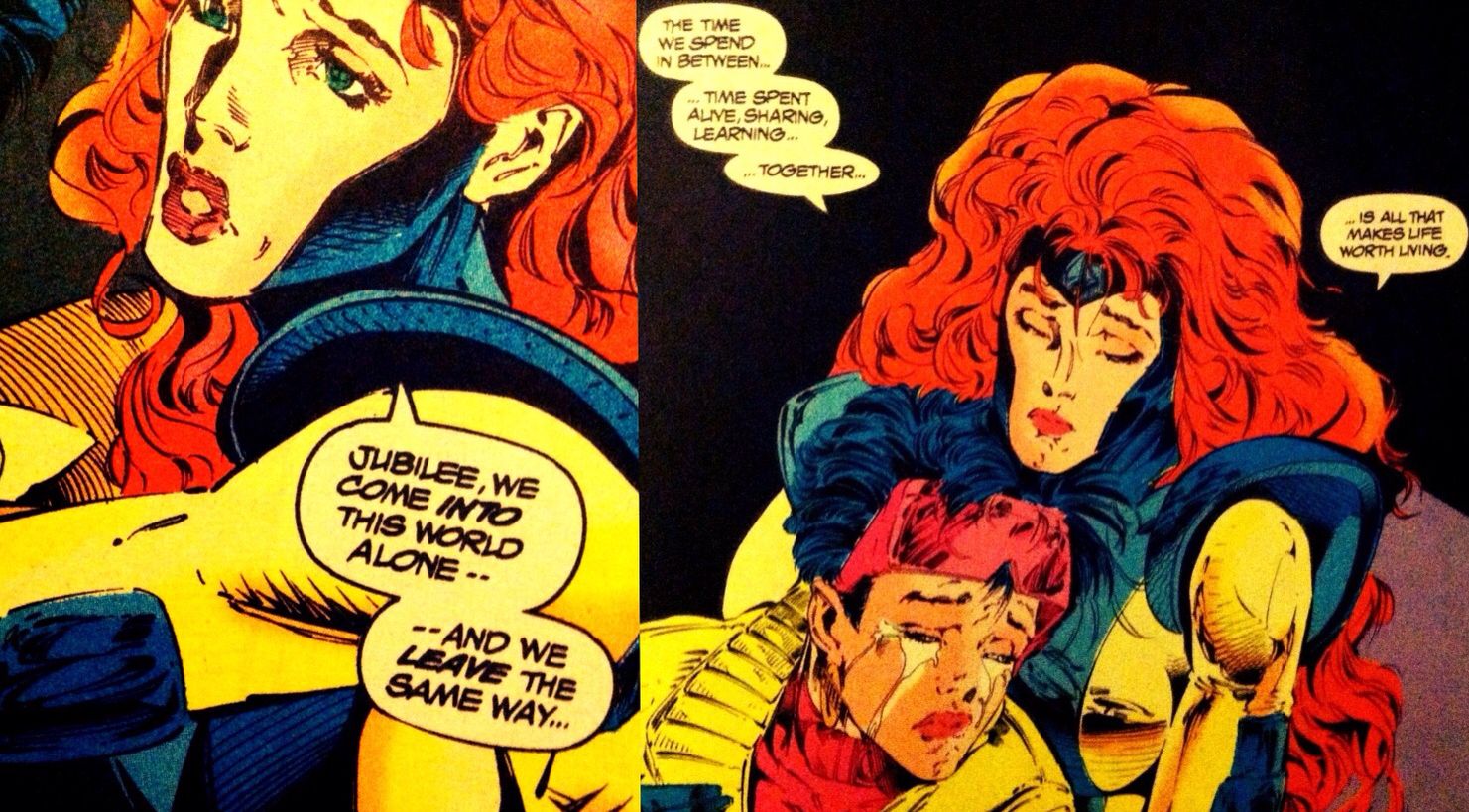 Peter and Illyana’s relationship has historically been one of the sweeter elements of the X-books.

In fact, it’s not until halfway through #304 that we actually see his reaction.  But there’s barely time for it to register, since #304 is jam-packed with plot points.  The Acolytes rebel against Fabian Cortez when Exodus tells them that Fabian was responsible for the (not) death of Magneto. 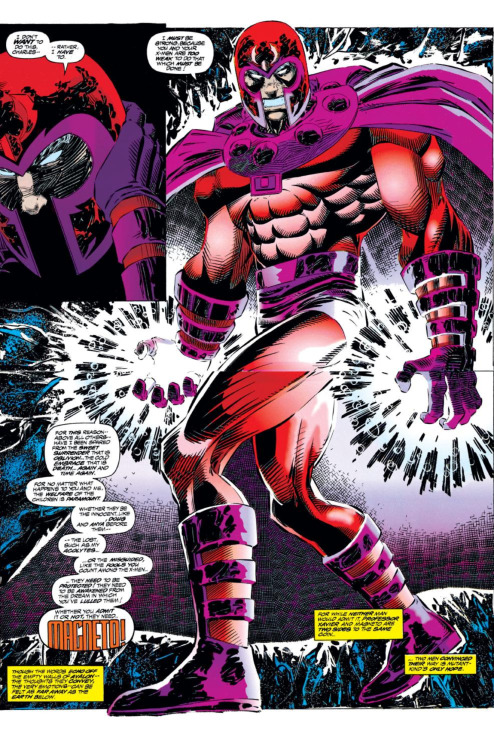 We get confirmation that Magneto is still alive, and he arrives during Illyana’s memorial. 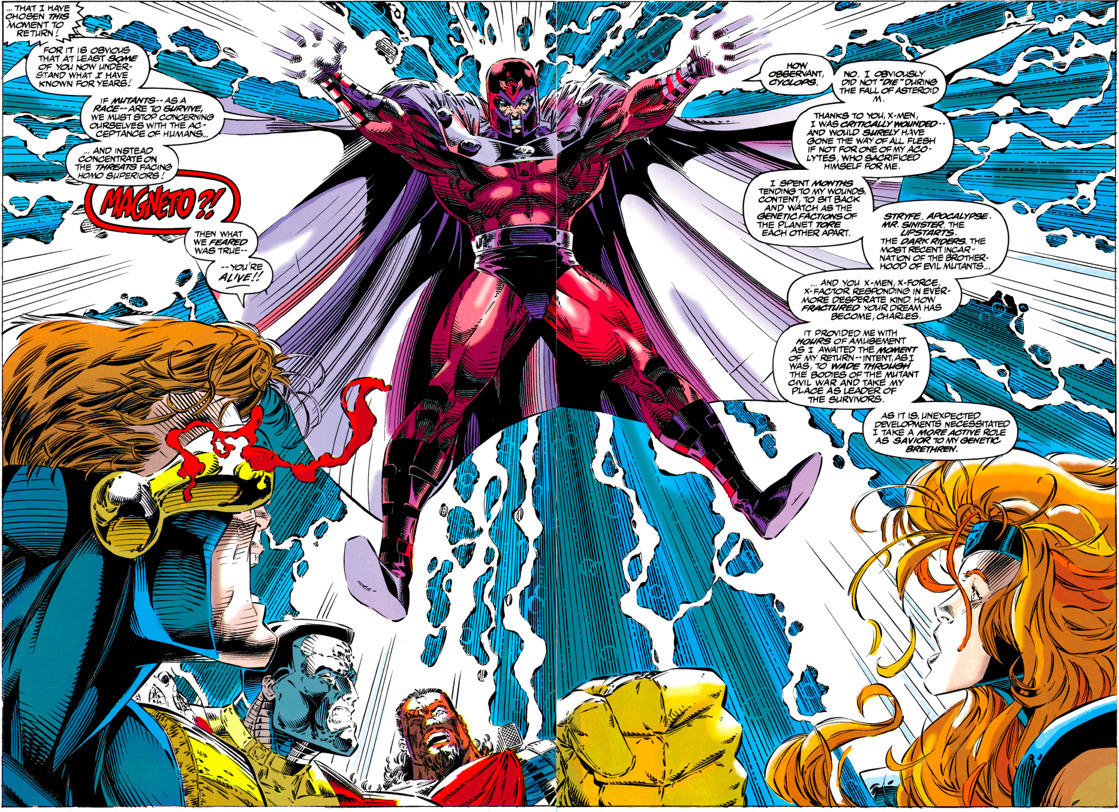 …To get into another argument with Professor X. Magneto blames Professor X for the death of Illyana (which wasn’t his fault—it was Mister Sinister who inadvertently released the Legacy Virus), and Colossus, being all pissed off about his sister dying, signs on with Magneto.