Justice was arrested and convicted of killing his father, so now he’s doing time at the Vault, where the Guardsmen appear to have no problem training with him.  So let me get this straight: They’re letting a prisoner train them and test the limits of their capabilities?  Something tells me we need a new chief of Vault security… 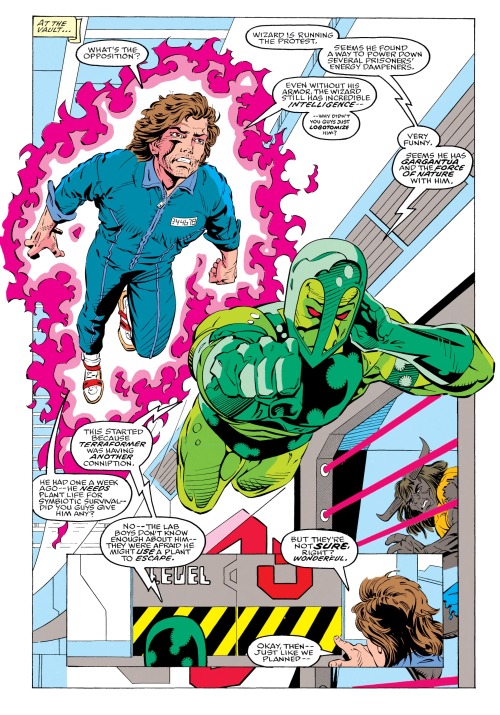 He also bonds with his fellow inmates. 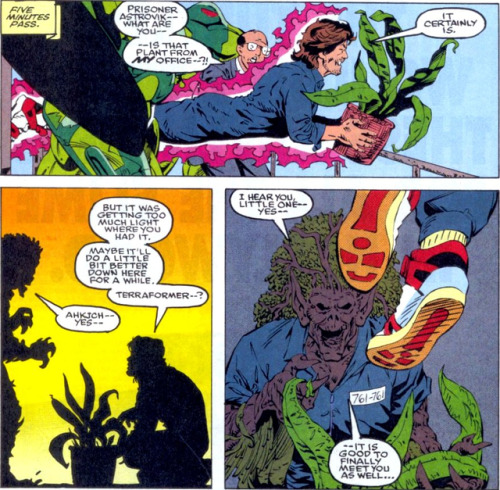 In addition, there’s stuff about the poor conditions for inmates and other details about life in the Vault, Justice helps prevent a prison break, and points out flaws in the overall system.

There’s even an intervention! Major Victory, the alternate-reality future-self of Justice, sends a hologram message from the future, where he is in the Guardians of the Galaxy, and tells Justice to get his s#!t together and go straight.

In the end, after negotiating an agreement between rioting inmates and the Warden, Justice has his “very special episode” moment…. Yeah, it’s a morality play, but I love this issue.  Being a fan of prison dramas from Sugar Hill to Oz, this is right up my alley.

Only three pages of this issue take place outside the Vault, and they serve to advance other plots during this Justice-focused issue.  First, Namorita appears to be becoming an alcoholic. But on the last page, we see that she was date-rape-drugged by the leader of an Asian gang who did it just so he could steal Namorita’s list of the addresses of her teammates. 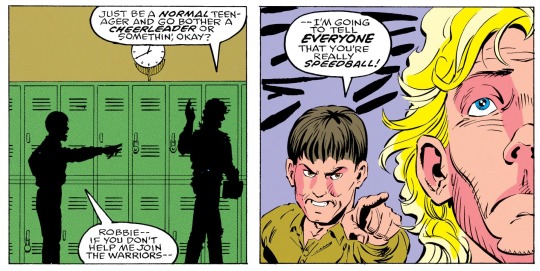 And the other subplot is the continuation of Carlton blackmailing Speedball, saying unless he gets to be a New Warrior, he will expose Speedball’s identity.

Fabian Nicieza does such a good job with this book it’s sometimes hard to reconcile with the very uneven and often terrible writing on his X-books.