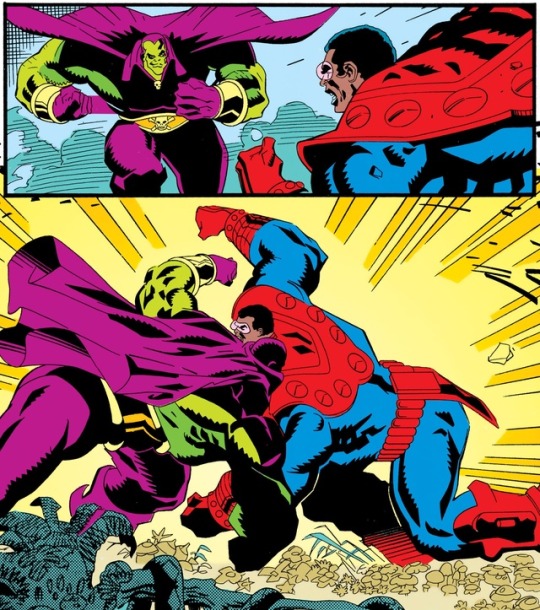 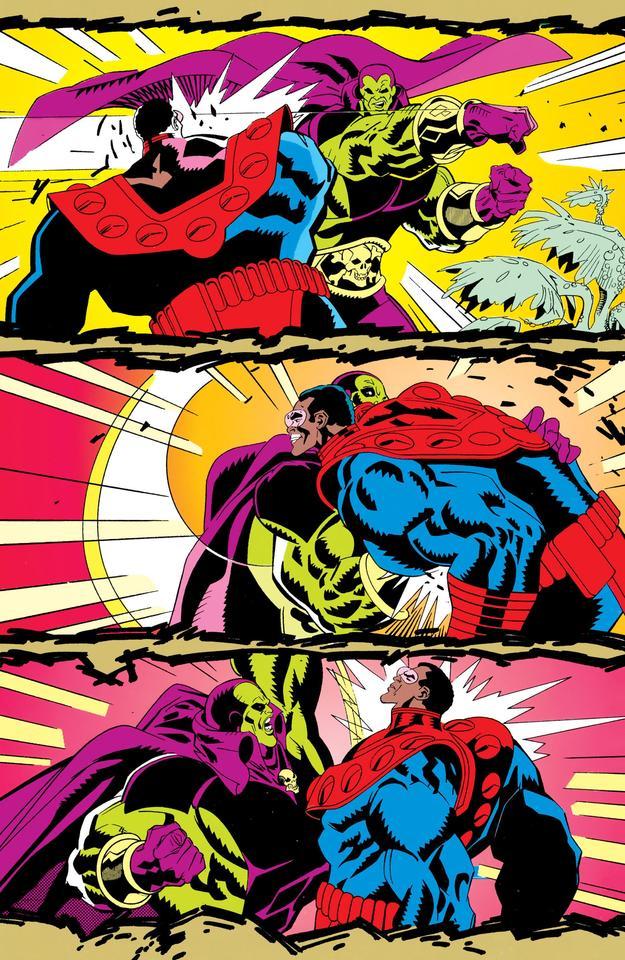 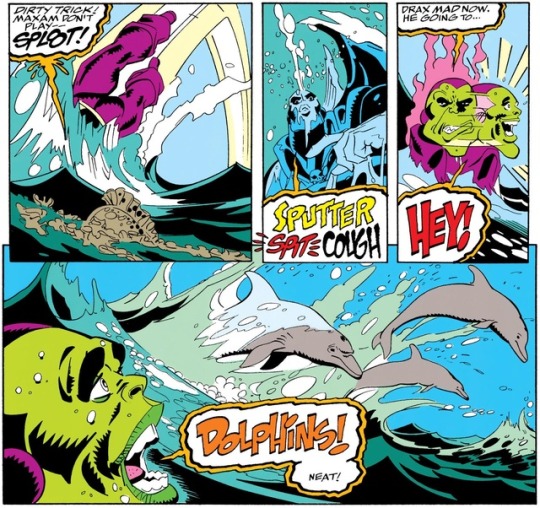 These issues build on the story in #14, where Mole Man got Gamora to help him fend off an invasion of Monster Island.  The team is still on the island when an amnesiac washes up on shore.

The team debate what to do with him, and Gamora decides beating him up is the best idea because, you know, she’s Gamora.

The figure is Maxam, and this is his first appearance.  He has a jolly good fight with the team before Warlock just uses his Soul Gem to knock him out.

I usually dislike all-fight issues, but this one is very fun.