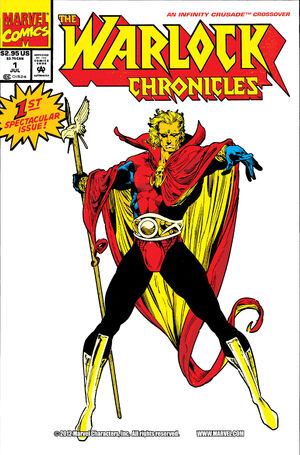 I really like Jim Starlin’s work for the Marvel cosmic universe, but having an Infinity Stones event every year that ties in to no less than a dozen other Marvel books each month is not his forte—He is best when he’s acting on his own, without heavy editorial intervention—and editors have to play a major role where there are this many tie-ins. 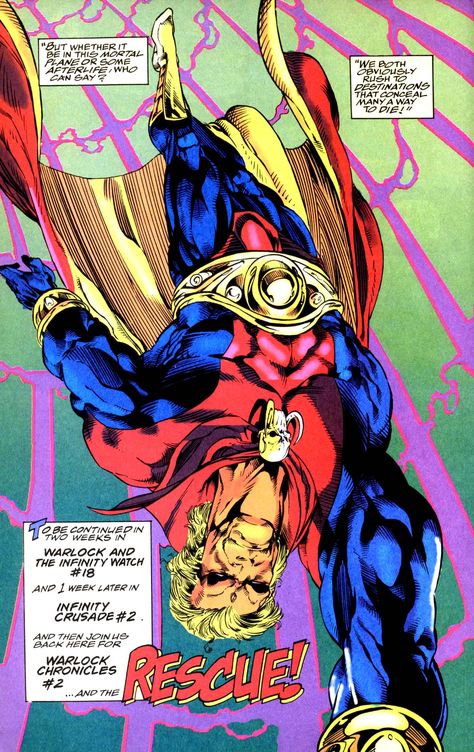 There’s no real reason for the 8-issue Warlock Chronicles series.  It’s sole purpose is to tie in with two events: First, Infinity Crusade.  Second, Blood and Thunder—the Thor “event” that was postponed so that he could join up with Infinity Crusade.

So, I’m covering all of the Crusade issues in one post, with a focus only one what they add to the greater event that they support.  (Spoiler: The answer is, “Not much.”)

Issues #1-2: Retells a lot of his history, with no retconning but some added details about his adventures within the soul gem—including conversations with guys like Thanos and Eternity–and wrestling with his good/bad selves/sides.

The cover to issue #3 is just dumb. 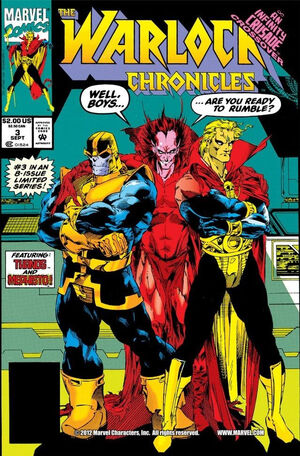 Thanos out-manipulates Mephisto every time they meet.  The implication otherwise on the cover is stupid in the extreme.

Nuff said about this.  All told though, this is one of the better issues.  This series is very “talk-y,” but Starlin does cosmic dialogue very well.

And speaking of conversations, issue #4 is a deep dive into Warlock and Magus fighting inside the Soul Gem, which is not shown in the Infinity Crusade event—we just know that it happened.  So if you were curious about what happened between the panels, this is your comic.  It’s done pretty well, but like most tie-ins to all the Infinity Events, it’s not necessary. 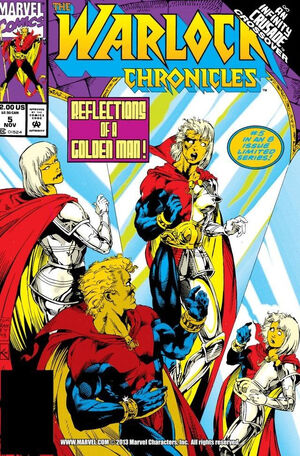 And finally, issue #5 closes the Crusade tie-ins by showing us what happened when Thanos thrust Warlock from the Soul Gem world and into the brain of Goddess.  It’s really unnecessary.