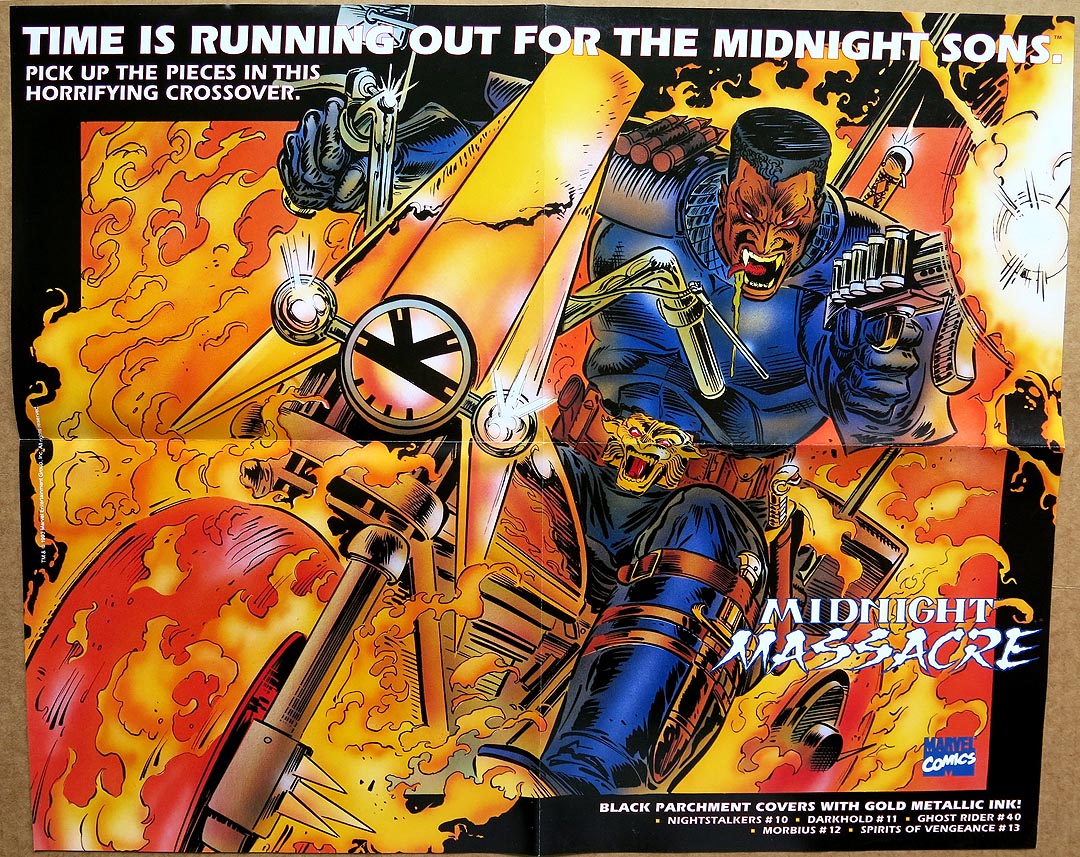 Blade figures out that some missing Darkhold pages will enable him to magically kill anyone who practices the occult, so he goes after the pages. 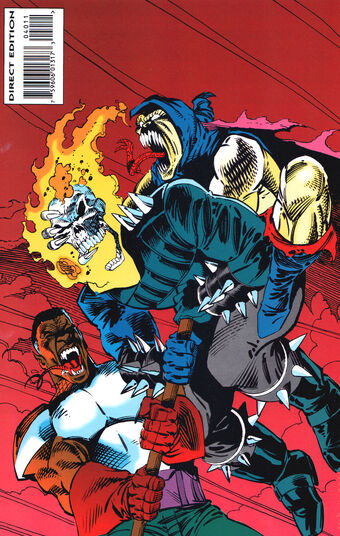 The rest of his Nightstalkers team, who will be among those who are killed by the spell, try to track him down, getting help from the greater Ghost Rider universe along the way.   But Blade succeeds in getting the enhanced power, and it drives him crazy.

As shown on the cover to Ghost Rider #40, above, the good news is, he kills Demogoblin/Demon Hobgoblin.  Never liked that character.  Anyway, Ghost Rider is also impaled, but he survives because he’s not a terrible character like Demogoblin. And the battle with Ghost Rider is pretty fun. Watching the fight is a new, as-yet-unnamed woman who we will later learn is Seer.  This is her first appearance. Blade’s rampage continues, and he kills Victoria Montesi, Morbius, Werewolf by Night, and Modred the Mystic.  By now, you’re realizing these deaths won’t be permanent–because these are two characters that are pretty important to the continuation of the Darkhold comic–but having Ghost Rider survive the first killing was a decent fakeout.  Blade absorbs the power of those he slays, so it’s obvious that at some point his power-absorbing sponge will be wrung out.  But before all that, when he’s at max power, he looks pretty cool… It all ends pretty quickly, for all the buildup, with the whole crew busting into Dr. Strange’s Sanctum Sanctorum (the Doc is not home) and using the Darkhold book to reverse Blade’s spell.

Nightstalkers #11 is the “clean-up” or “aftermath” story.  Despite his having killed one of them, he says sorry and all is forgiven.  They could have done more with this, but they’re in a hurry to get back to the status quo because the last page promises the return of Dracula. Ultimately, most of these books are style over substance.  Still, given that this is light on story and heavy on violent imagery, it’s good for what it is.  Overall grade: C+.