Remember when Johnny Storm married Alicia and there were all kinds of stories and then about fifty issues later Tom DeFalco decided he didn’t want Johnny to marry Alicia because she’s Ben Grimm’s girlfriend and nothing like that should ever change, so DeFalco decided that Alicia had been a skrull the whole time?  Well, these issues do the same thing, only with Psylocke.

Now, Psylocke already changed from being white to Asian due to a body switch.  In these issues, she decides to come on strong to Scott, which makes Jean jealous and makes Scott get all lone-wolf broody again.  Scott decides to go take time for himself, and Jean hunts down Psylocke.

Note in the panels above, Cerebro identifies two Psylockes.

Later – after a good portion of an issue of angsty soap – Jean goes to confront Psylocke. The X-Men’s computer – which apparently talks now – warns Jean that Psylocke is appearing on the premises in two separate locations, but Jean repeatedly ignores that.

Long story short, the real Psylocke is Revanche.  And Revanche is the white Psylocke.  She kills fake Psylocke (Asian Psylocke) after fake P. wounds Jean Grey.  Scratch that.  She doesn’t just kill her… 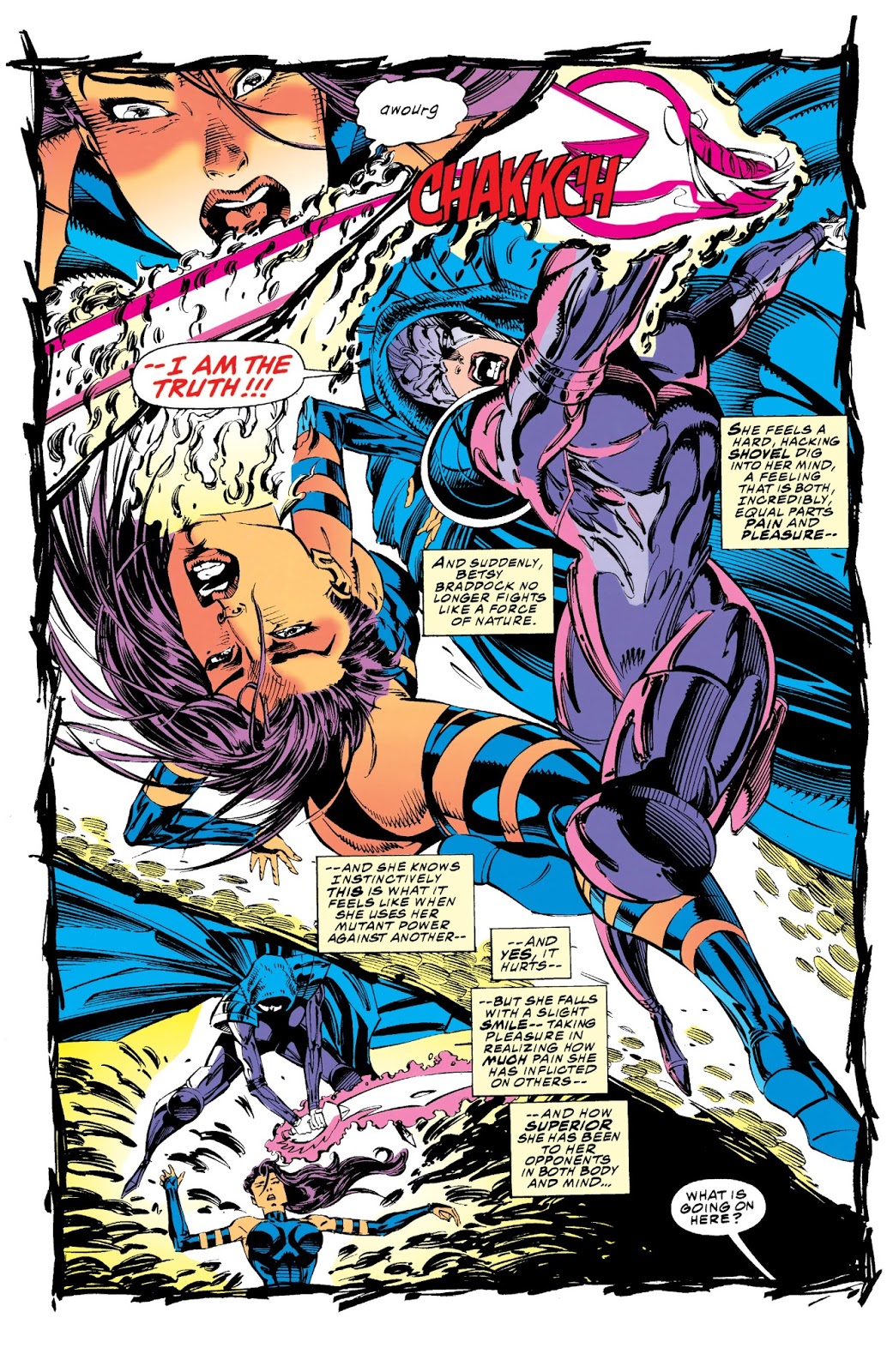 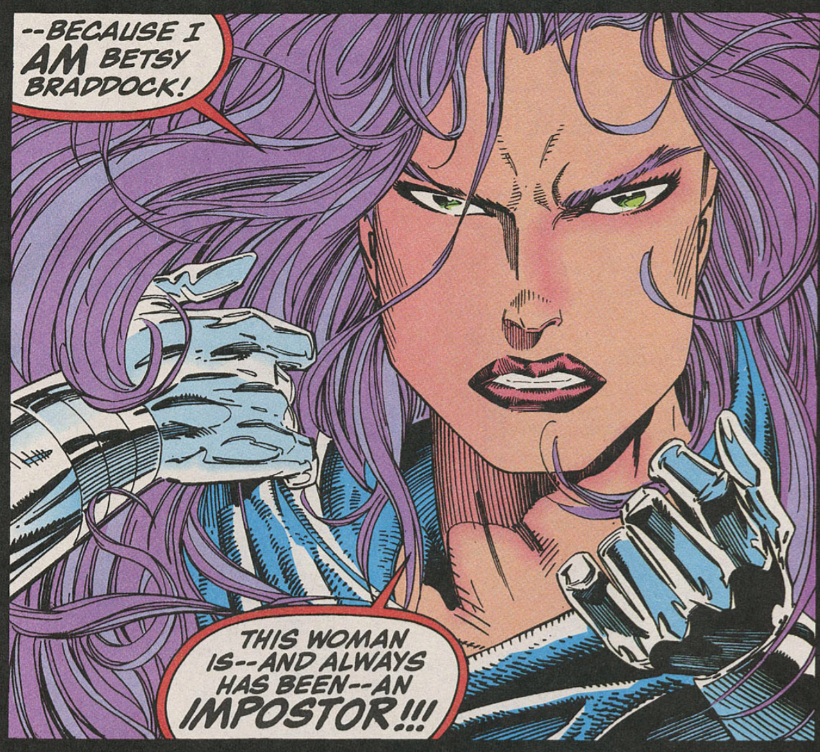 But fake Psylocke is not only not dead, but, being Asian, she’s got an ally in Silver Samurai.

And when she returns, real Psylocke is an ass kicker.

I’m sure that there’s all kinds of continuity discrepancies if you go back and read the old X-Men books where writers had no idea this retcon would happen later.  But I just don’t care enough.  I also don’t really understand what the point of all this was.

Now, remember how Scott ran away?  Well, he meets up with Mister Sinister.  Sinister tells Scott about the mutant virus that’s running through all the X-books and making mutants sick because Sinister likes Scott and Alex.  But he doesn’t like Cable.  It turns out, Sinister knows about the connection between Scott and Cable as well.  And he’s got a prophecy for Scott.

I’m so tired of all these storylines.  Cable.  Cannonball.  Now Cyclops.  It’s just too much.  Chris Claremont sowed the seeds for this with Rachel Summers, but at least he didn’t overkill it.

As for why Sinister is warning Cyclops about the virus, it’s because he wants him to be safe. 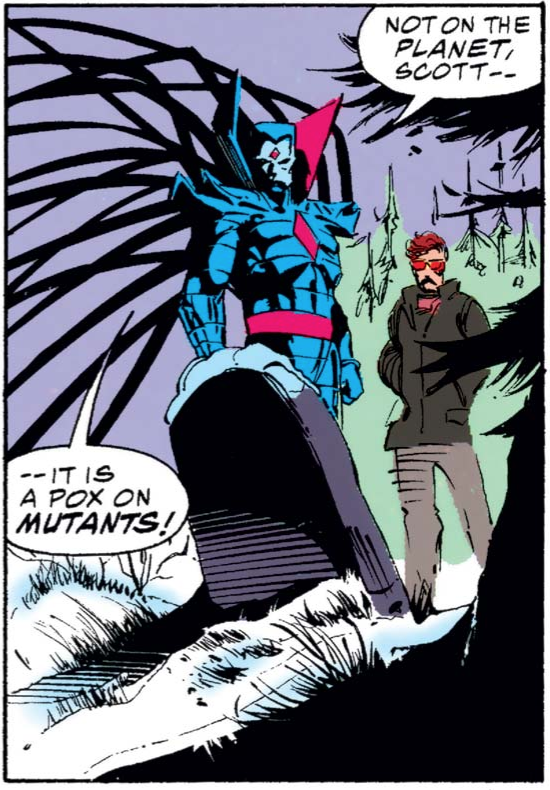 Then the evil Dark Riders show up and Cyclops and Sinister team up and fight them.  None of this has any bearing on the Psylocke story, it just happens in the same set of issues.