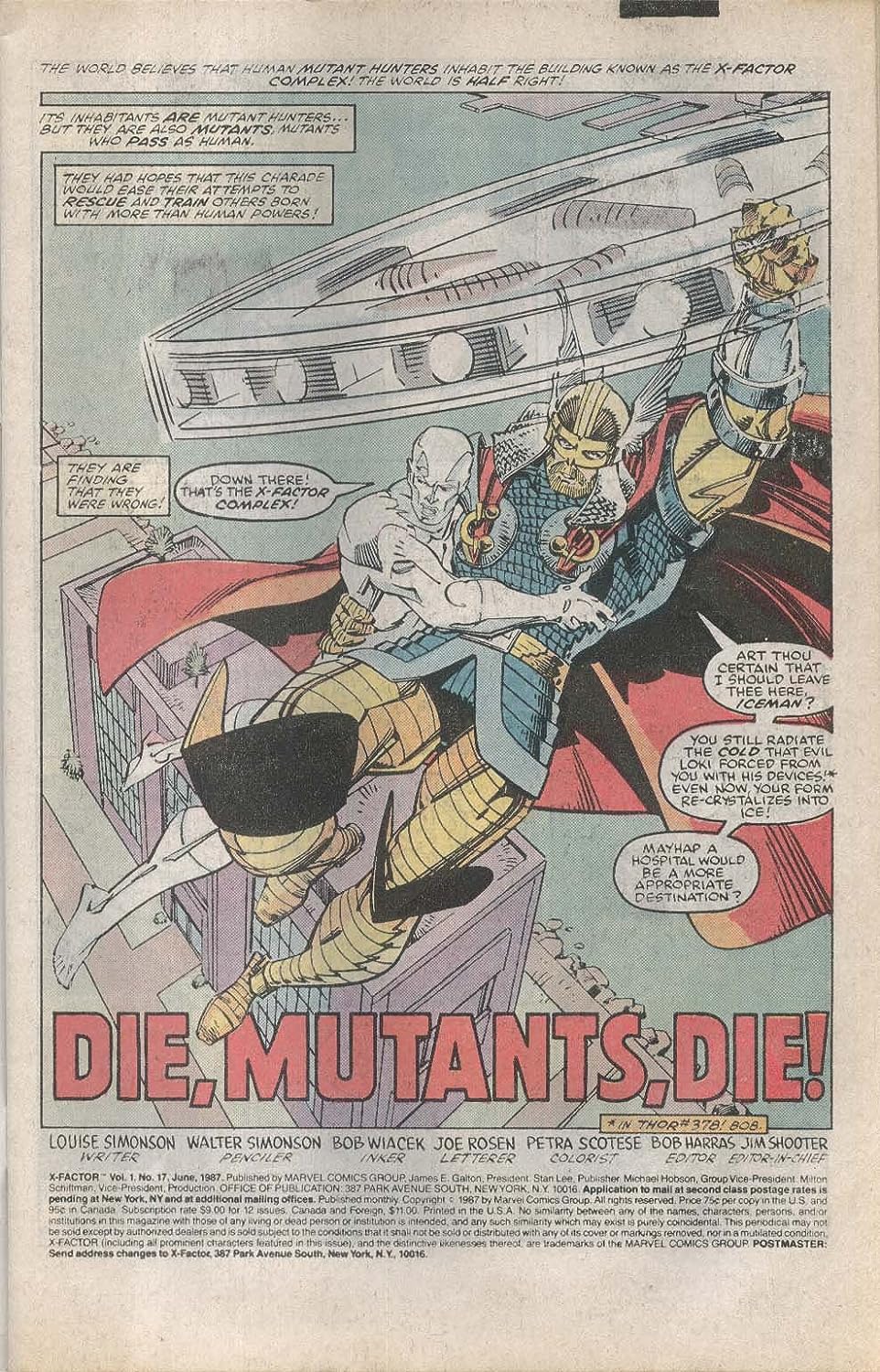 Picking up right where Thor #379-380 left off, Iceman returns from Asgard, and his imprisonment and torture at the hands of Loki have left him a little messed up.

Also: Angel’s funeral, after having “killed himself” last issue because he lost his wings.  Cyclops still feels guilty about not being God and stopping his friend from killing himself.

The funeral is crashed by protesters, but I find it very odd that there aren’t any superheroes who show up.  Angel has been on adventures with the Fantastic Four, Avengers, etc.  He was a freakin’ Champion and Defender.  Where is everybody? 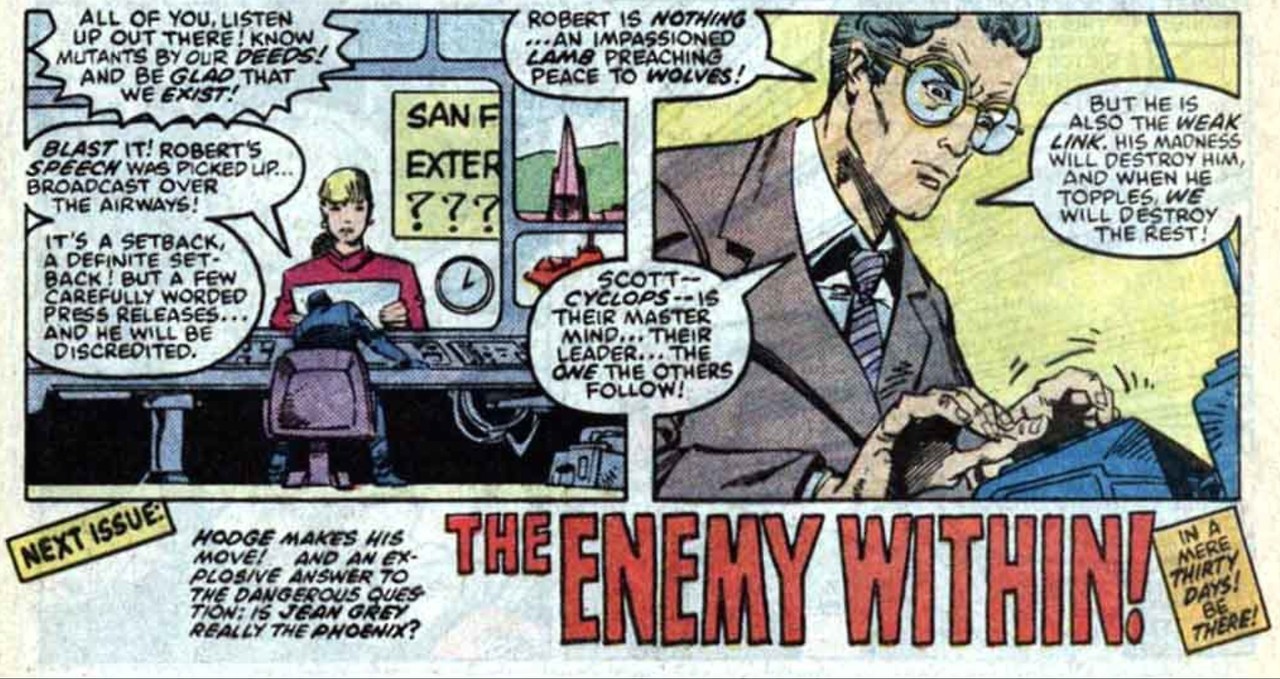 And the fake anti-mutant group known as The X-Terminators (who are really X-Factor) take credit for some of the controversy around the funeral—which basically means that Cyclops and the funders of X-Factor are taking advantage of their own teammate’s suicide. And Caliban joins the team, and gets a new costume.

And, finally, the first appearance of the mutant Rictor, who in this issue is a member of a group called The Right who try to start an Earthquake in San Francisco and are foiled by X-Factor.