OK, get this: Hunting down a lead on a Kingpin enterprise, DD meets Brandy Ash, the daughter of an embezzler who uses guerilla tactics to take out factory farms. 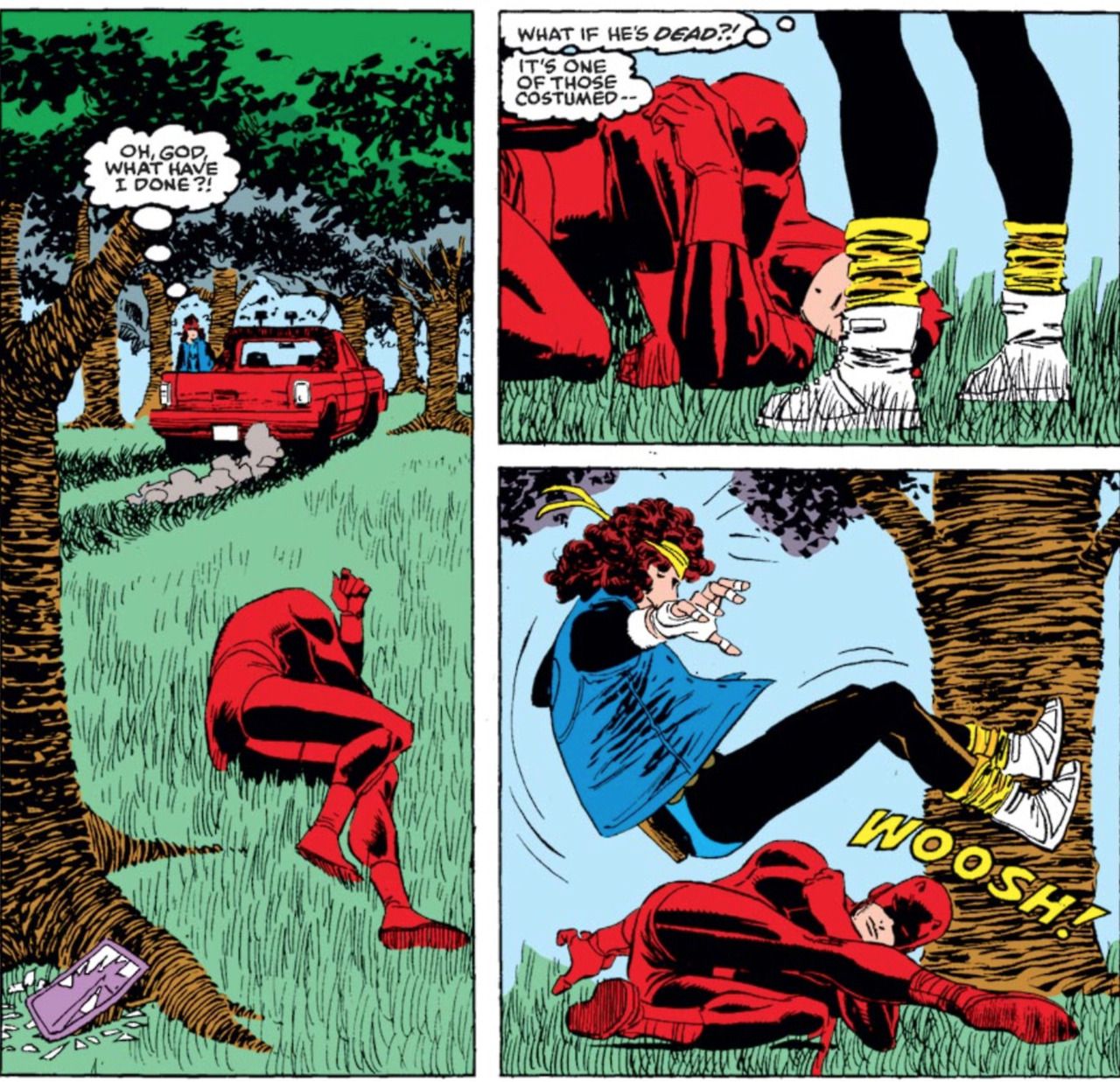 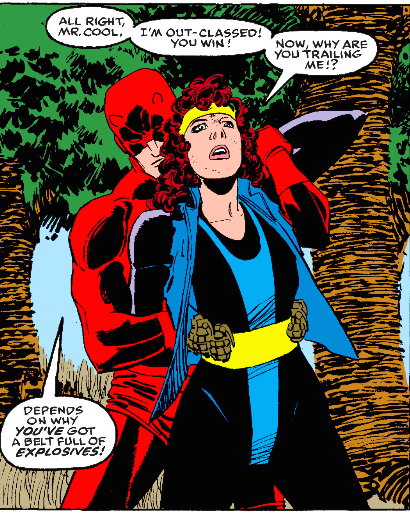 While accompanying her on such a mission, they discover it’s really a “clone” farm that makes women who are perfect looking slaves.  Brandy and Daredevil take one of the women home with them, called “Number Nine,” and Brandy clashes with her constantly over ostensibly feminist roles. Brandy and Number Nine, the freed genetically engineered sex slave, will be around for a little while longer in this book.

And this arc plants the seeds for the Acts of Vengeance tie-in story, which comes next, and which features The Inhumans.

Gorgon literally fu(k$ some girls to death.  It kind of ties into the DD story, which is about whether it’s okay for a woman to be a cloned sex slave and a feminist.  Kind of. 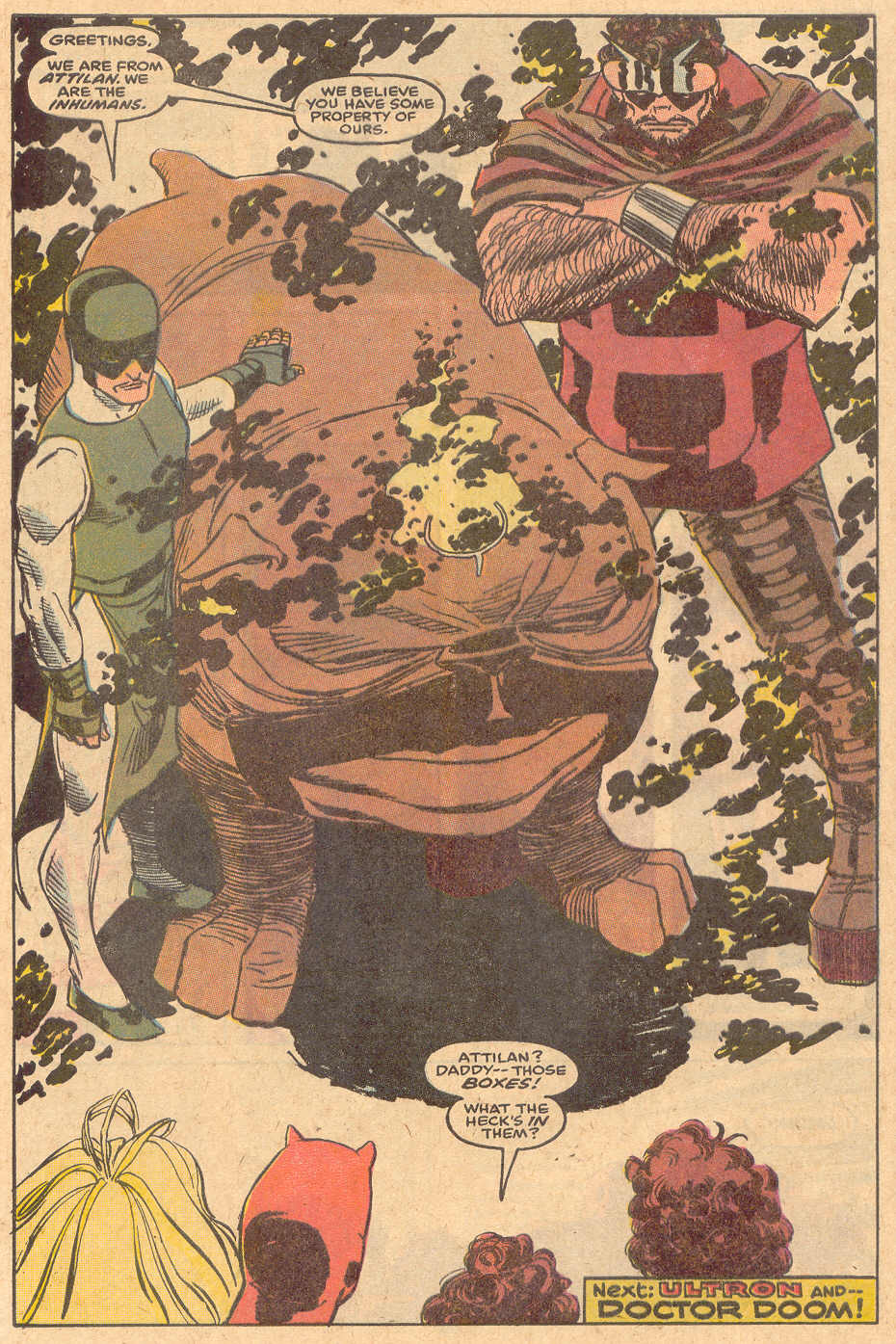 Then Black Bolt and Medusa’s son goes missing, and the Inhumans come to DD for help.  That’s the cliffhanger for Acts of Vengeanc