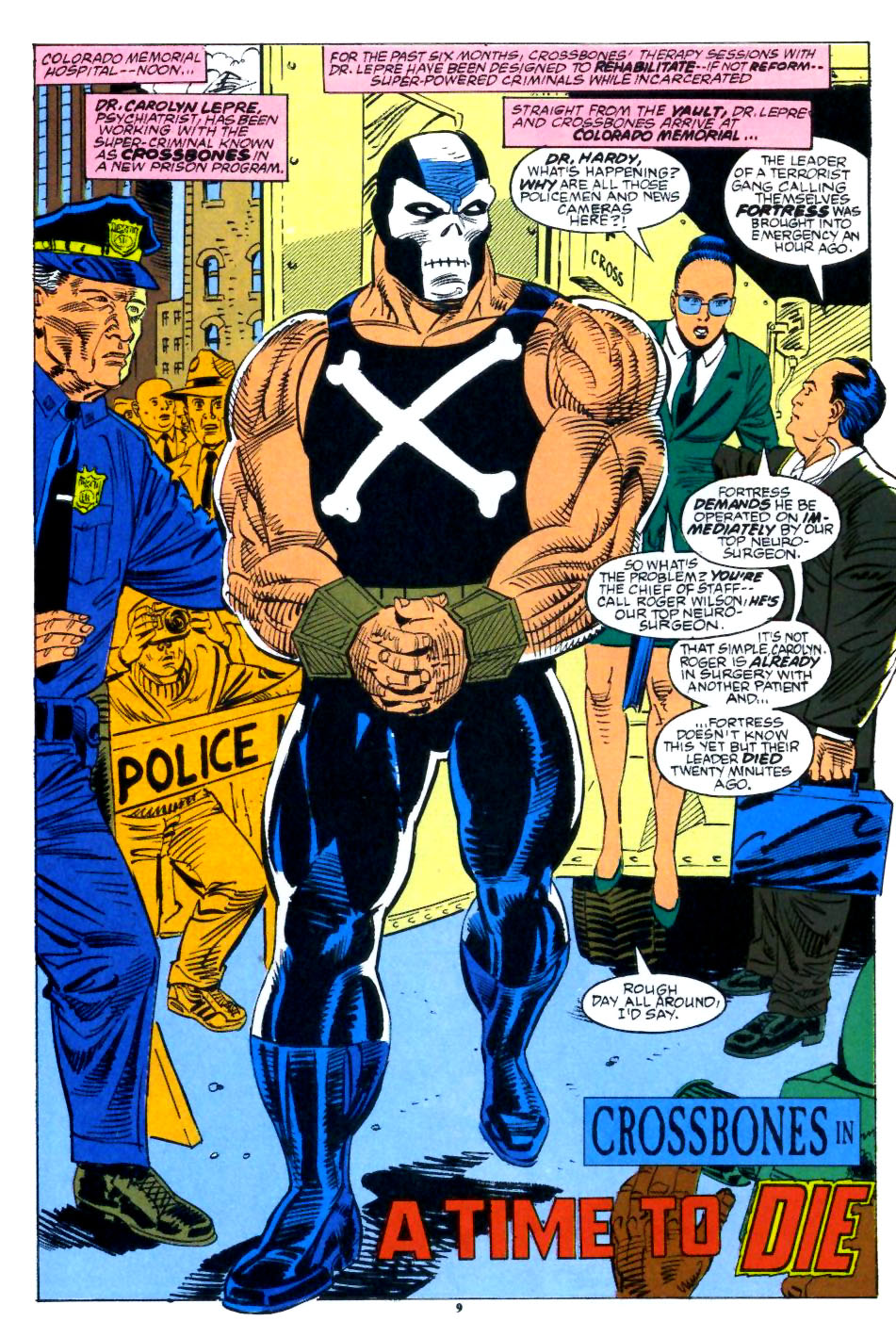 All right, most of these 8-pagers are bad.  Like most stories in most issues of this anthology book.  So let’s go through them quick.

Actually, the first one, from issue #129, isn’t all bad.   John Figueroa writes a story showing how Crossbones escapes custody, leaving the character free to fight another day.  It’s the kind of story there wouldn’t be room for in most books, because it would be background for why Crossbones is the villain in a larger story.  So it’s a good use of an anthology to tell it here, and give a little insight into how devious he can be. I said above that this story wasn’t “all” bad.  The art, by Ron Wilson, is far from his best work.  Grade: C+.  A better-than-average 8-pager.

Next, in issue #130, Figueroa and Wilson team up again for their second American Eagle story in three issues.  I wonder if Marvel was trying to see if the character could do a standalone series?  If so, thankfully, their decision was “no.”  Grade: F.  Nothing to see here, let’s move on.

Every issue of Marvel Comics Presents has a Ghost Rider installment-story where he teams up with some other Marvel character, and a Wolverine installment-story.  Except issue #131 takes place after an ongoing Wolverine story ended in issue #129, so we get an 8-page standalone by James Felder and Dennis Jensen (never heard of either of them) where Logan is back in Madripoor and gets in a barfight. 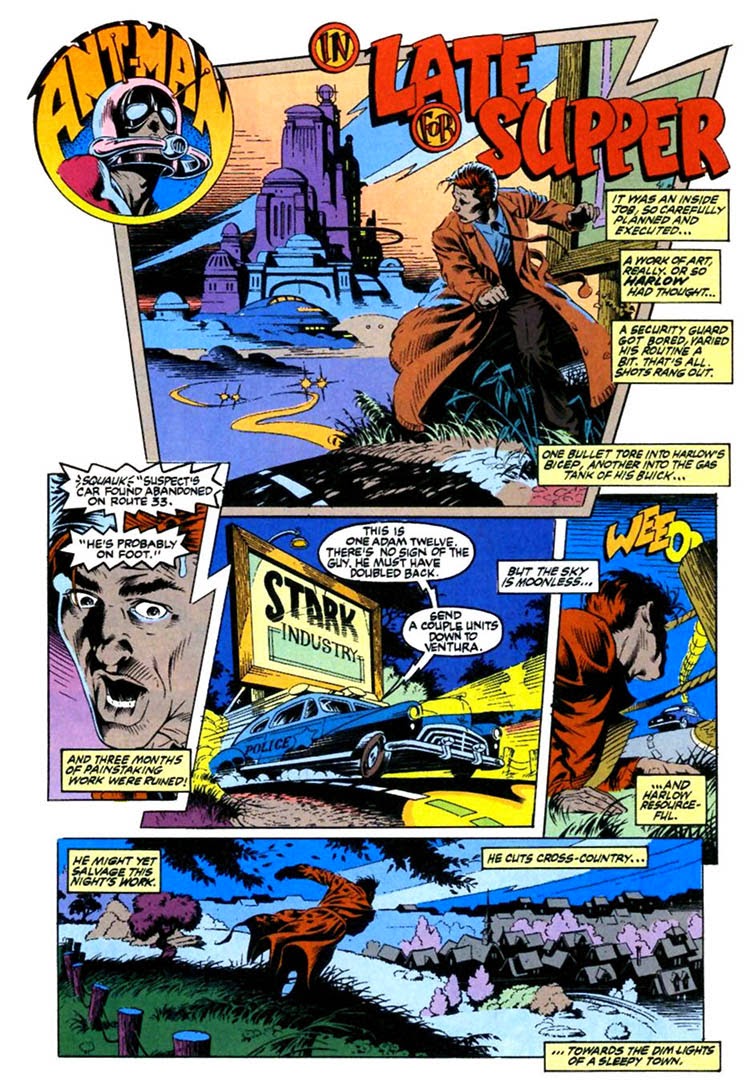 And then, finally, issue #131 has a second 8-pager, and it’s a hidden gem.  Sandy Plunkett writes, pencils, and inks a story where Scott Lang gets into a food fight with a latch-key kid. 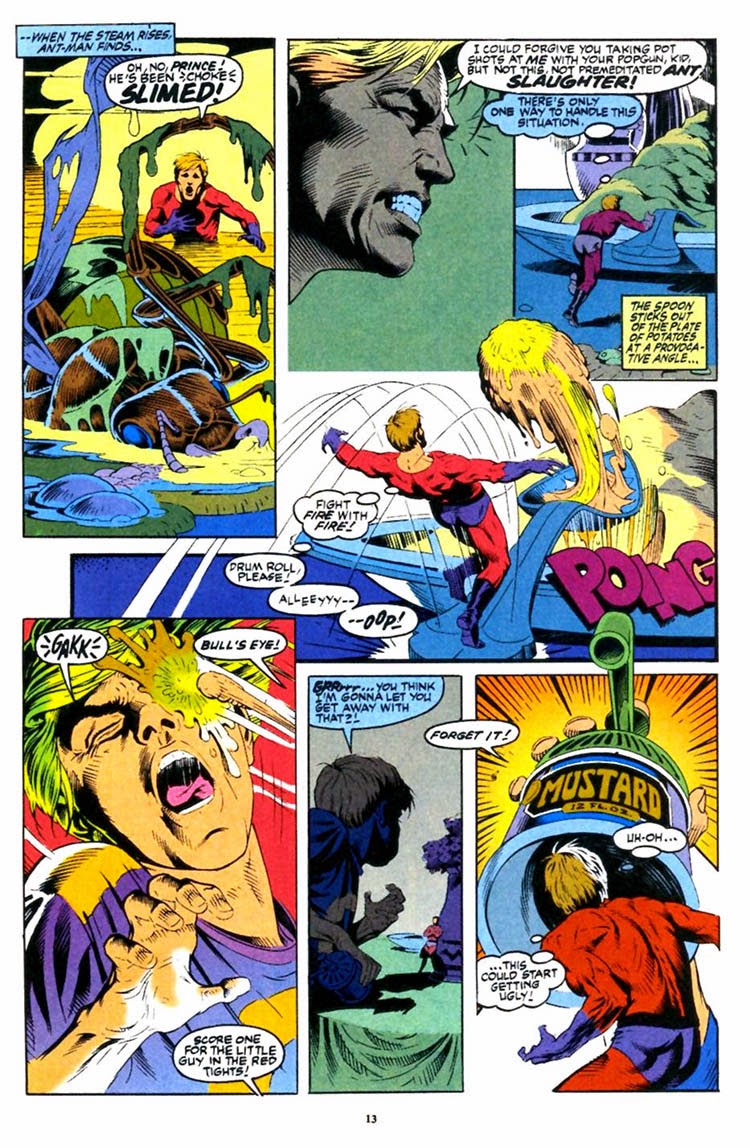 It’s the kind of innocent story that Marvel excelled at in the 1980s and has all but abandoned in the ‘90s era of huge guns and muscles.  Grade: A