After several issues in the hospital, Angel’s wings are finally removed due to gangrene. 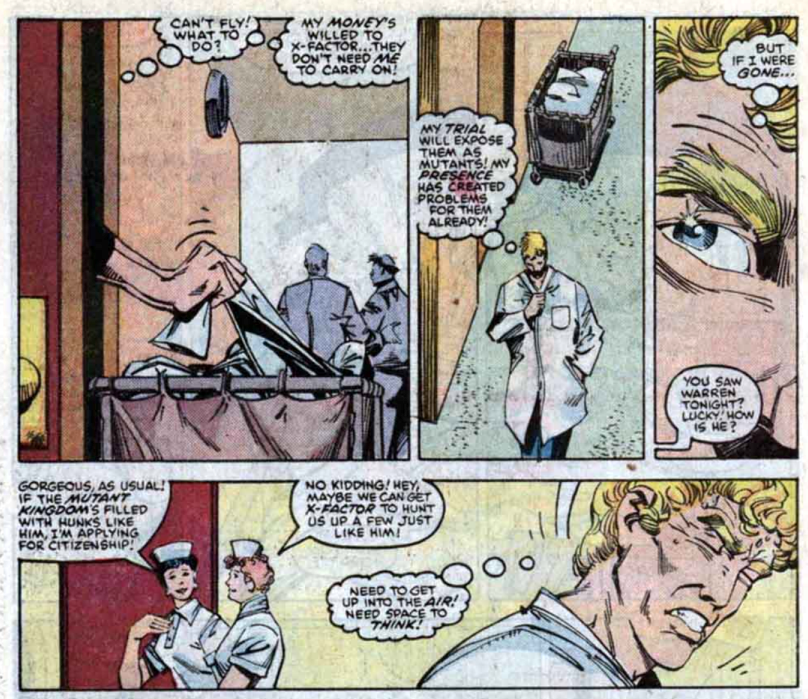 He is despondent, and kills himself by blowing himself up in his private plane. 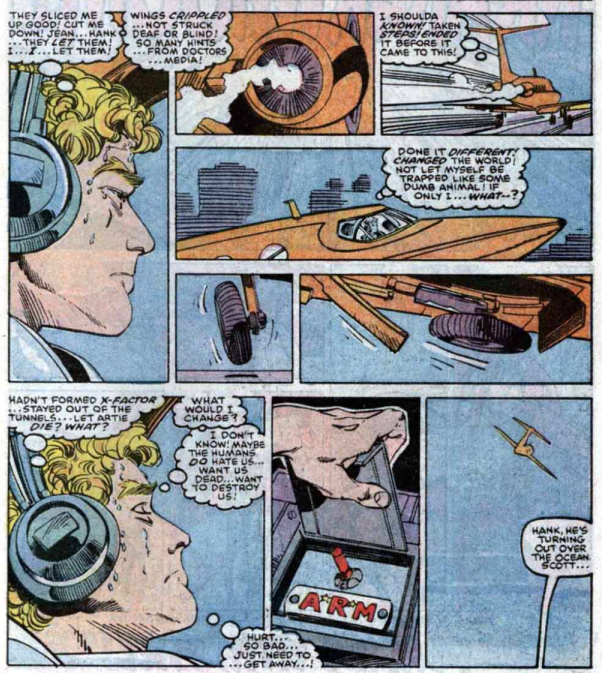 Louise Simonson took her time working up to this—it’s one of the few comic book suicides that feels competely real and organic.  Oh, and Cyclops blames himself, of course, ’cause he’s got a God complex. 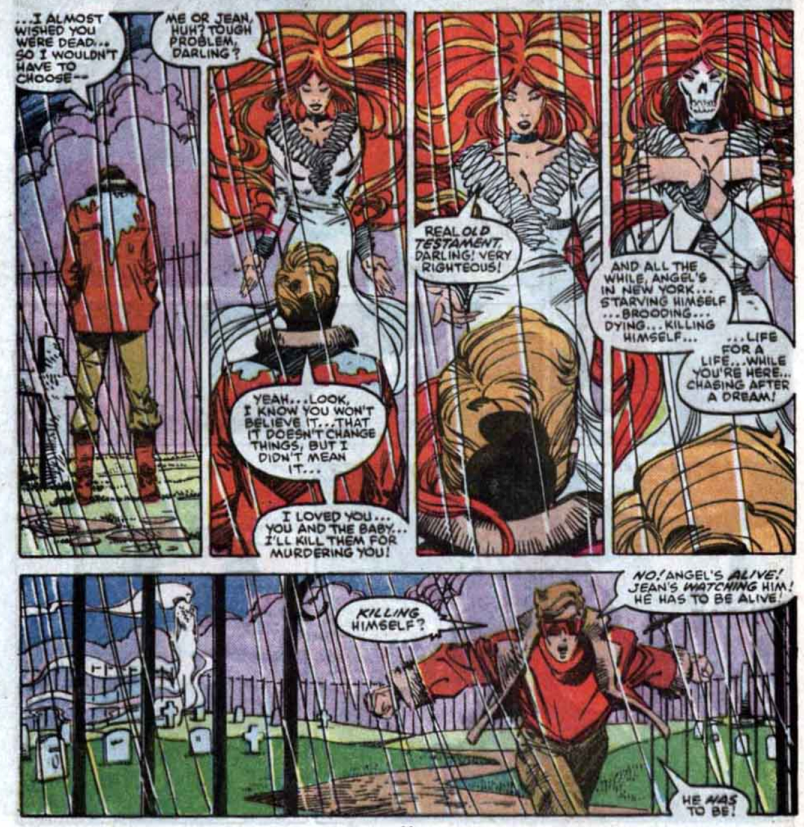 But, of course, we know he doesn’t die.  We won’t learn what happened this issue, but we know that Apocalypse has been picking his Four Horsemen, and the only one he has left to find is…Death.

The other developing plotlines include having X-Factor become more and more like X-Men (or New Mutants), with the XF team taking care of the Morlocks rescued after the mutant massacre, as well as Boom Boom, which offers opportunities for hijinks and character development.  Fun stuff.

And the other one: Scott is still looking for his wife, Madelyne, who disappeared from the fact of the Earth.  And he’s still despondent and hallucinating. And pretty freakin’ selfish.

It’s a little hard to reconcile this version of Scott with the “greatest leader ever” version we see in other books, but I like this one more.  He’s got more depth.

Overall, X-Factor is pretty dark these days.  But it’s good.