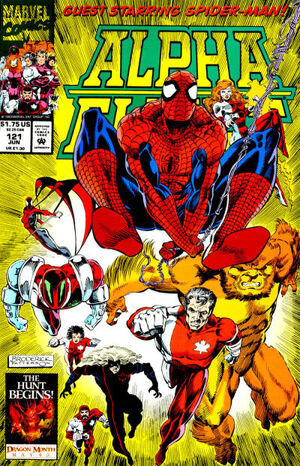 A few Alpha Flight members died.  I honestly don’t remember when or how, but Peter Parker attends their funeral which means Spider-Man can grace the cover and guest-star to try to pump up sales.  It’s a last ditch effort to save Alpha Flight. But what’s really odd about it is that the X-Men also appear, but they’re not mentioned on the cover.

And if THAT’S not enough, the supervillain steals the corpses of the dead Alphas, puts them in tubes, and tries to sell them to a huge room full of super-villains.  And none of them are on the cover, either!! If you look at the pictures above and see I’ve missed one of the major villains in the tag list below, please drop me a comment.

With all this, you’d be forgiven for thinking this might be a cool issue.  But look at who the big bad is… 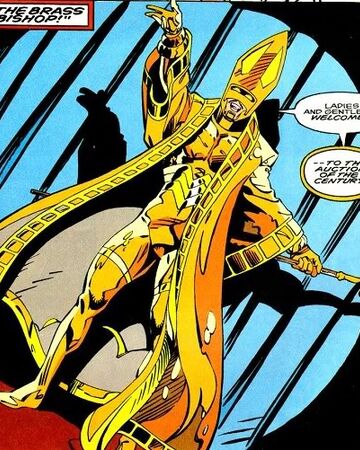 And during a fight, the bad guy forgets that Puck is short. 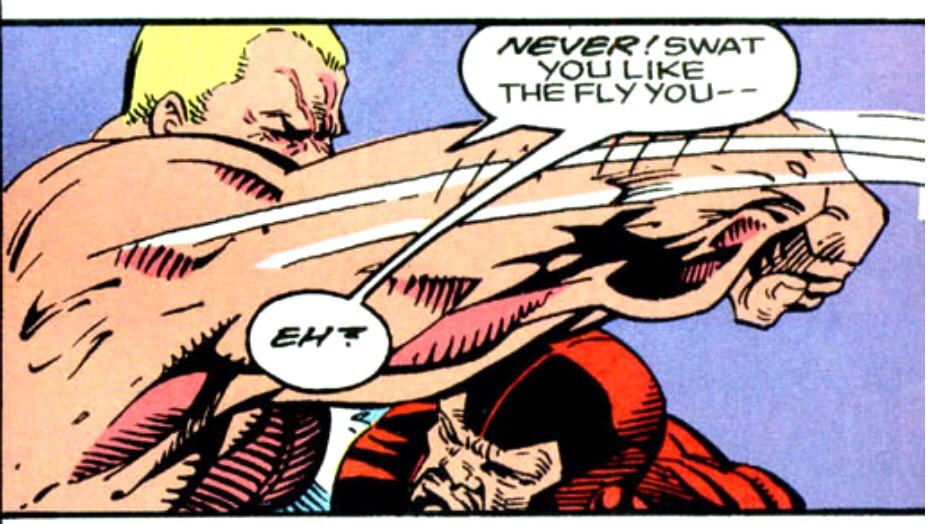 This book is going to be cancelled in 9 issues, and I’m very tempted to just skip to the end because….It’s bad.  Really bad.  But there’s so much nonsense in this particular issue that I couldn’t resist going a little deep.  And at least the art is getting a little better.