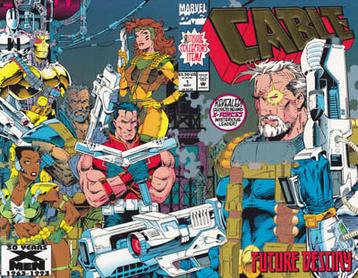 Here we go.  With Cable #1 and it’s gigantic guns, constant testosterone, heavy violence, and confusing time travel, we are officially into what made 1990s Marvel so polarizing.  Many found this tack exciting and a good break from the simplified and “nicer” stories of the ’80s.  Others, like me, found that the focus on plotting intricacies and large casts led to an unacceptable sacrifice in the area of character development.

Stan Lee is kinda saying the same thing in his intro to issue #2 of the first arc of Cable’s new series.

When we last saw Cable, he was  shot into the future with his buddy Kane.  That’s where this book picks up.

We see a dystopian future (of course) and Cable and Kane leading revolutionary efforts.  No surprise there.  Over the course of these issues, we learn that, in that future, Apocalypse and his army of Canaanites killed off mutant families–including Cable’s, which was known as the Askani Clan–over the course of a 100 year war.

Cable’s own son died in the battle, killed by Stryfe.

You know the main plot point already.  You saw it in Terminator.  The Canaanites build a time machine and go back to kill Cable.  At least, that’s what we’re led to believe.  He’s actually trying to kill Deadpool’s mysterious employer Tolliver, and to do so the assassin goes after Weasel.  This is the first appearance of Weasel (Deadpool’s operations aide–similar to Punisher’s Microchip). Cable and Kane follow, returning to the 616 timestream right after X-Force #23.

Turning to X-Force, we see Rusty and Skids captured and brainwashed into helping Stryfe and the Friends of Humanity, the anti-mutant group that Sabretooth’s son is a member of. 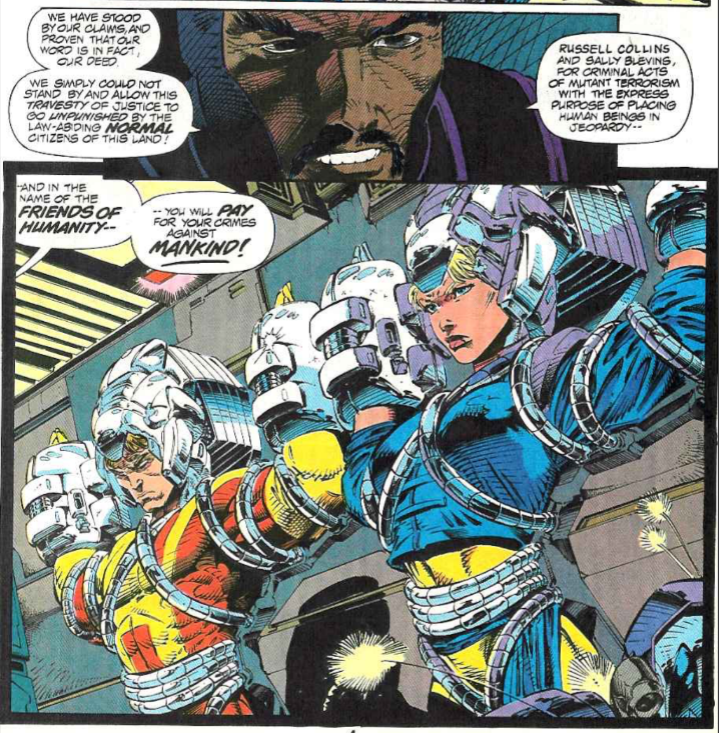 They’re rescued and rehabilitated, thus rejoining X-Force, but still appear to have vestiges of anti-mutant animus.  This is basically just a way to get these kids back on Professor X’s side before the return of Magneto.  We see Magneto taking the wreckage of Cable’s space station, destroyed in X-Force #23, and reforming it into a new space base to replace Asteroid X. 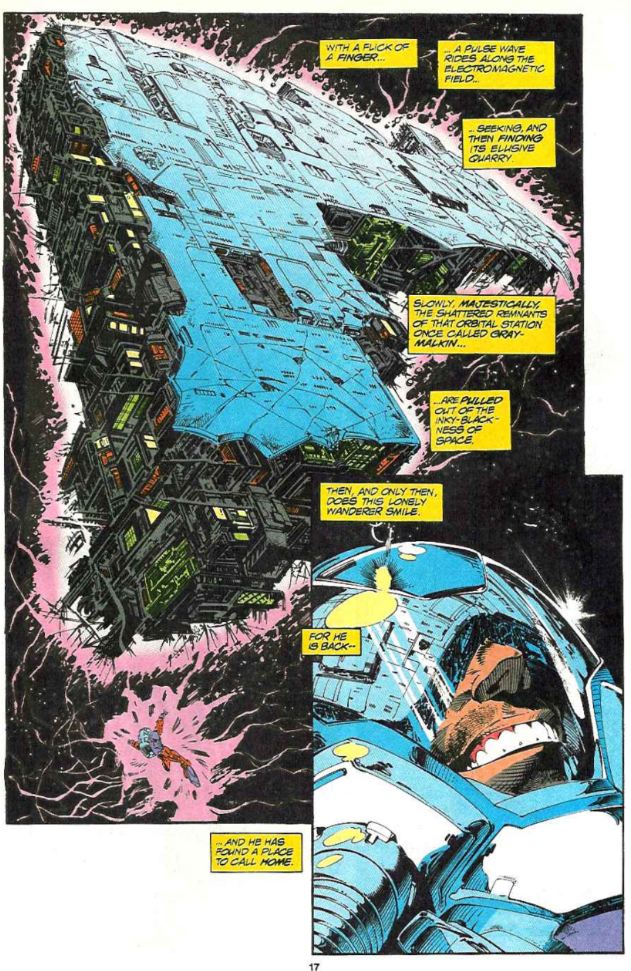 It’s not definitely Magneto, but come on.  We know it’s him.

Which brings us to X-Force #25, where Cable and X-Force are reunited. 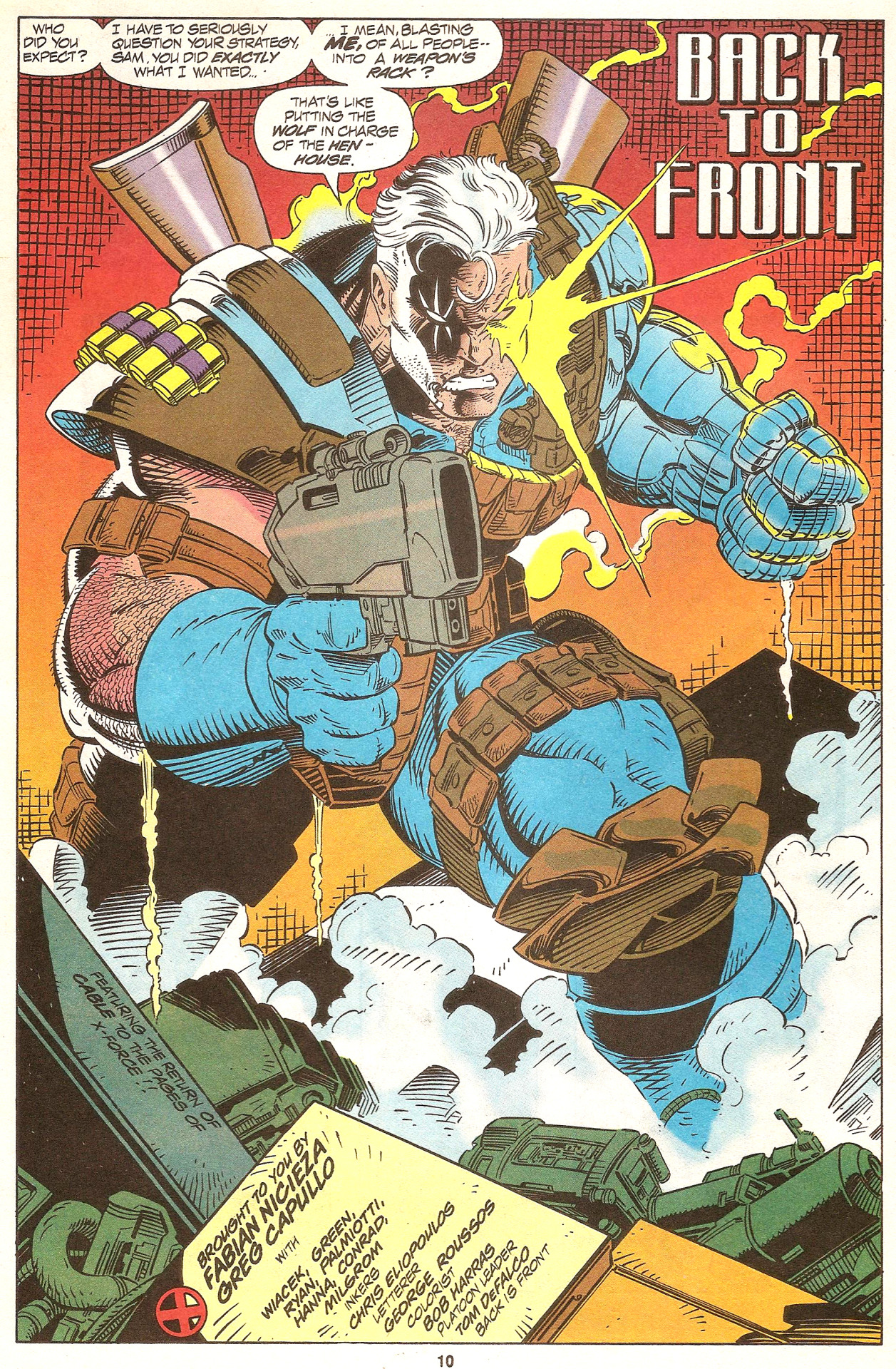 He figures out Magneto has redesigned his satellite. 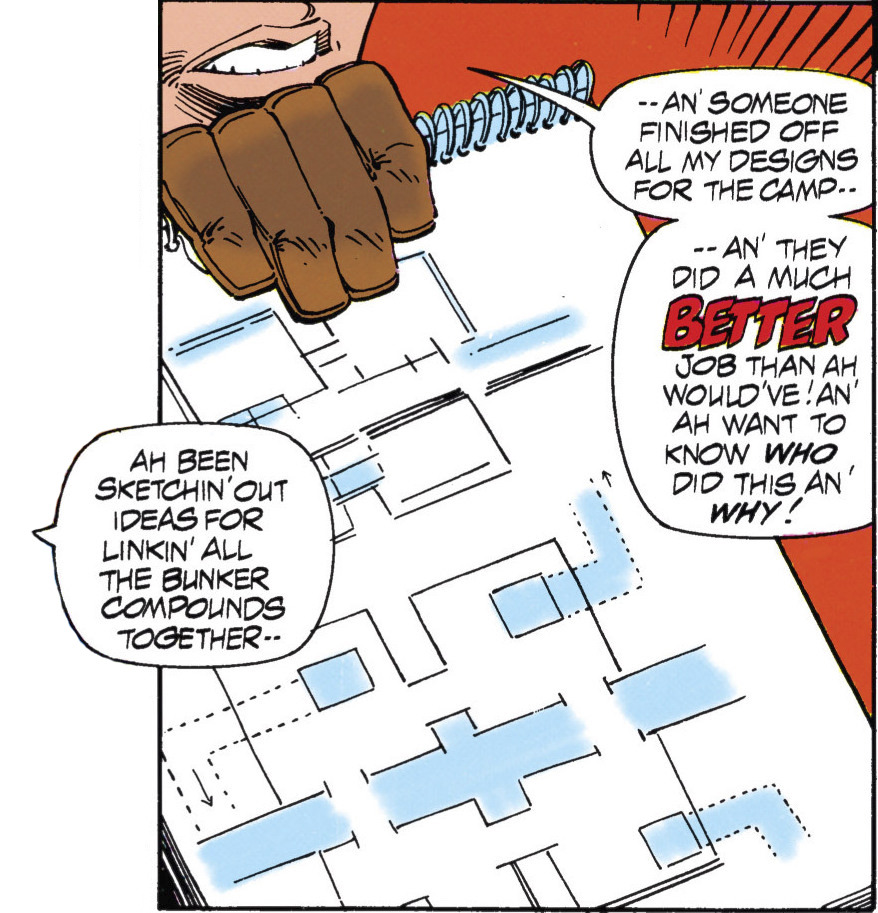 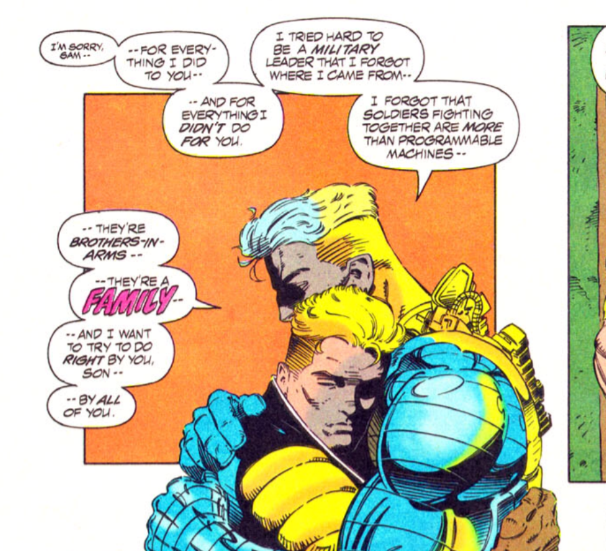 Also, this is the first appearance of Exodus, who is part of Cannonball’s horrible future/past timestream story. It’s so similar to Cable’s story that it feels pointless.

Turns out, he’s up there in the remains of Cable’s space station.  With Magneto. 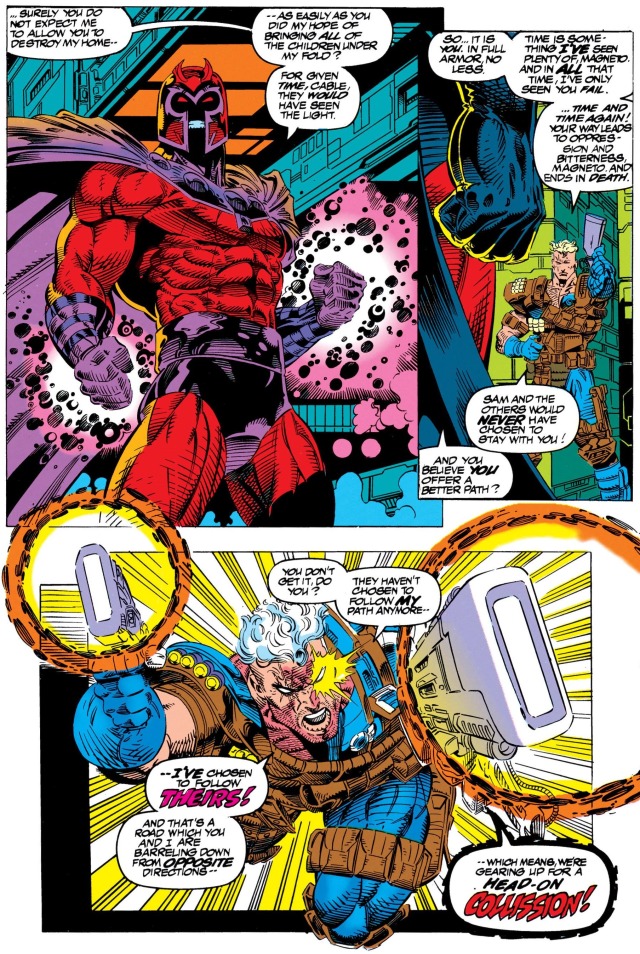 And there’s another big fight.  It ends with Cable teleporting (bodysliding) his allies away, and Magneto promising another fight in the future.

So, at the end of these issues, Cable is back.  He’s working with X-Force again.  But his efforts to stop the assassinations of Tolliver and himself will be the subject of his solo comic.

Creators: Fabian Nicieza (script), Art Thibert  with help from Ron Lim “and company” (pencils on Cable), Greg Capullo (pencils on X-Force).
Grade: B-.  Yeah, I complain a lot about the huge number of characters and the nonsensical, derivative time travel stories, but if you shut down your brain it’s a fun read.