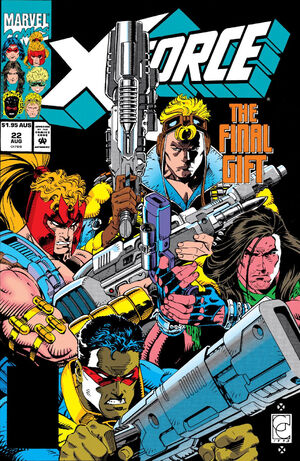 The U.S. government finds Cable’s secret space station, and SHIELD, led by X-Force hunter GW Bridge, fly out to investigate.  At the same time, James Rhodes does the same, protecting the interests of Stark International’s nearby satellite.  Also X-Force, anxious to track down the missing Cable, teleport to the station. 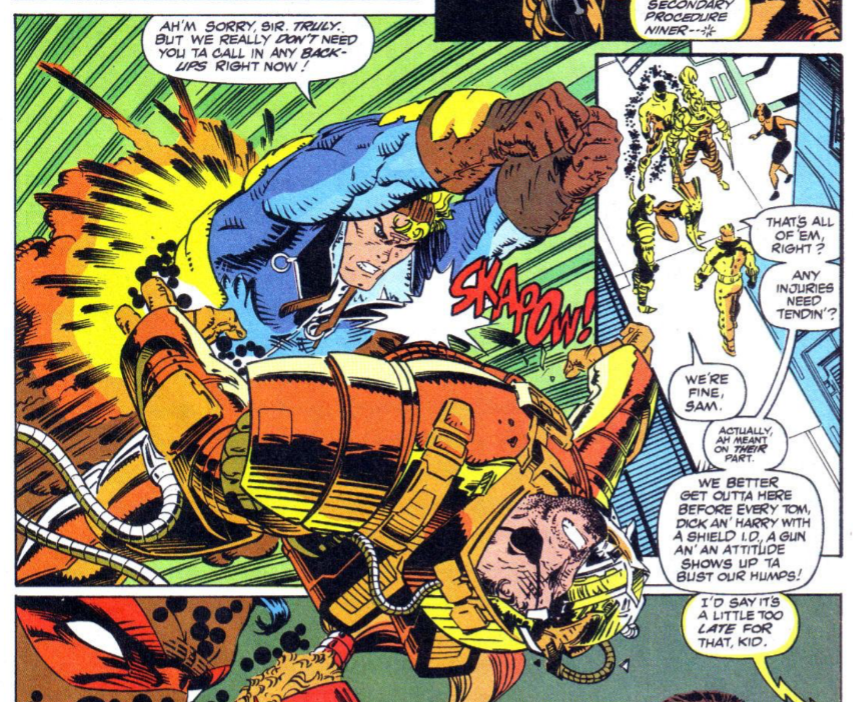 They fight then they talk. 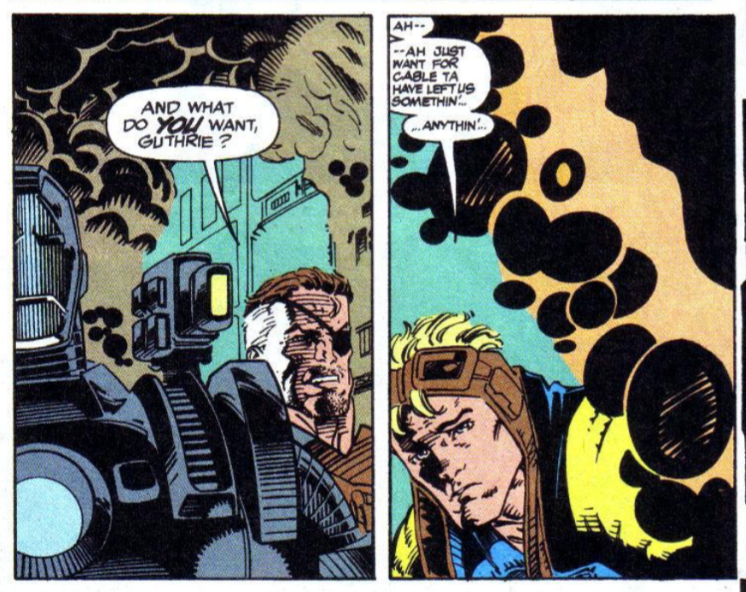 In the end, X-Force manages to secretly steal a weapons cache before the station explodes.

There’s also some Deadpool and Externals stuff.  I’m barely reading the Externals sections of X-Force because I really don’t like the idea of Sam Guthrie being a world conqueror in the future.  It’s just not handled in an interesting way.  The Deadpool stuff is better, but it’s like a few pages per issue so it’s hard to care/follow it.  He’s looking for Vanessa “Copycat” Carlysle. 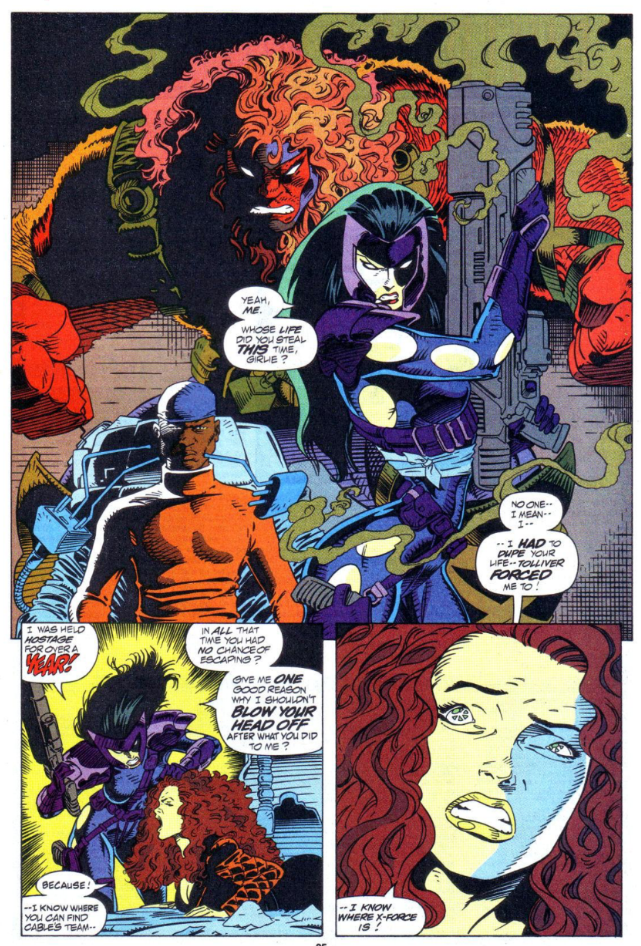 At the same time, Domino continues to search for Cable with her own small team, and is forced to fight Weapon Prime.

These two searches intersect, with Domino and Deadpool finding Vanessa at the same time.  Domino wins the battle, and Vanessa agrees to lead her to X-Force.

A lot of the non-space-station stuff happens in issues #22-23, but it’s impossible to break this up without posting twice on #22 (which concludes the space station stuff), so I kept it all together.