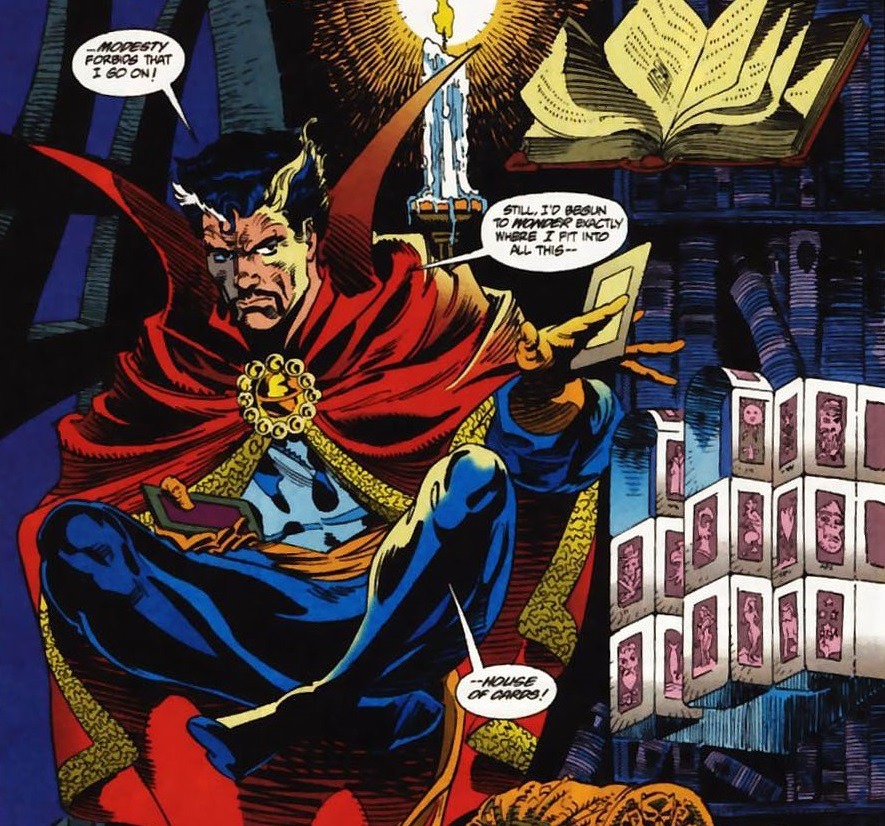 The Defenders was one of those cult books that had a small but very loyal following.  It was weird and very different, and gave opportunities for the more avant garde Marvel writers to play with franchised toys.  Secret Defenders was given to Roy “bland as Hell and past his prime” Thomas.

Like its predecessor, it grew out of Doctor Strange’s solo book, and he and Wolverine are the big hooks here.  The other members, Nomad, Darkhawk, and Spider-Woman II, are lesser known.  At the same time, 4 out of 5 Secret Defenders had their own solo books–and the outlier, Spider-Woman II, had a miniseries.

In their first adventure, they fight homeless-people-turned-super-villains created by some kind of mutation thing.   And the villains are really, really dumb.  One of them is almost racist, actually. 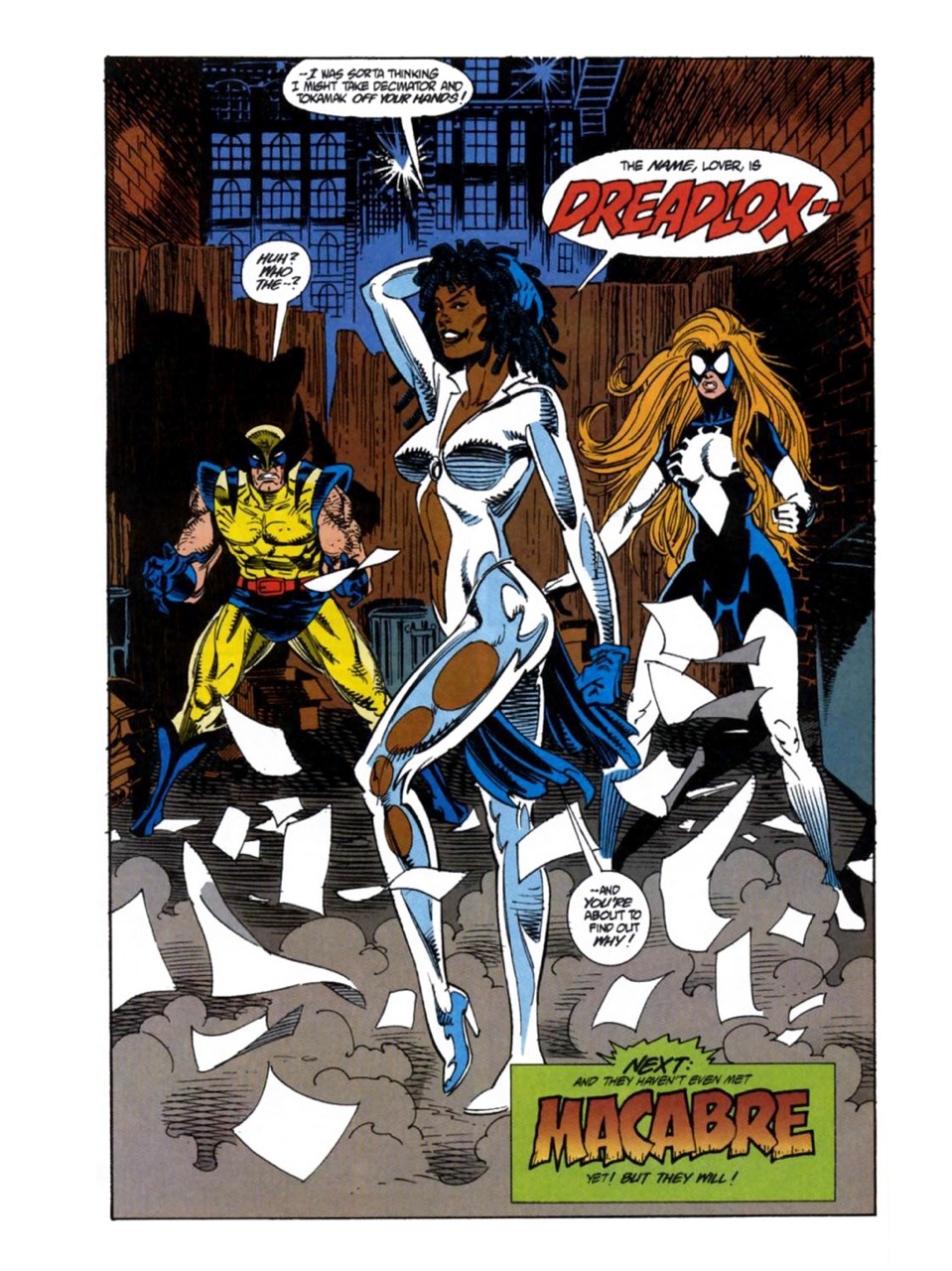 Along the way, the team takes a sidetrip into the Dr. Strange/Morbius/Nightmare crossover.  Because why not?