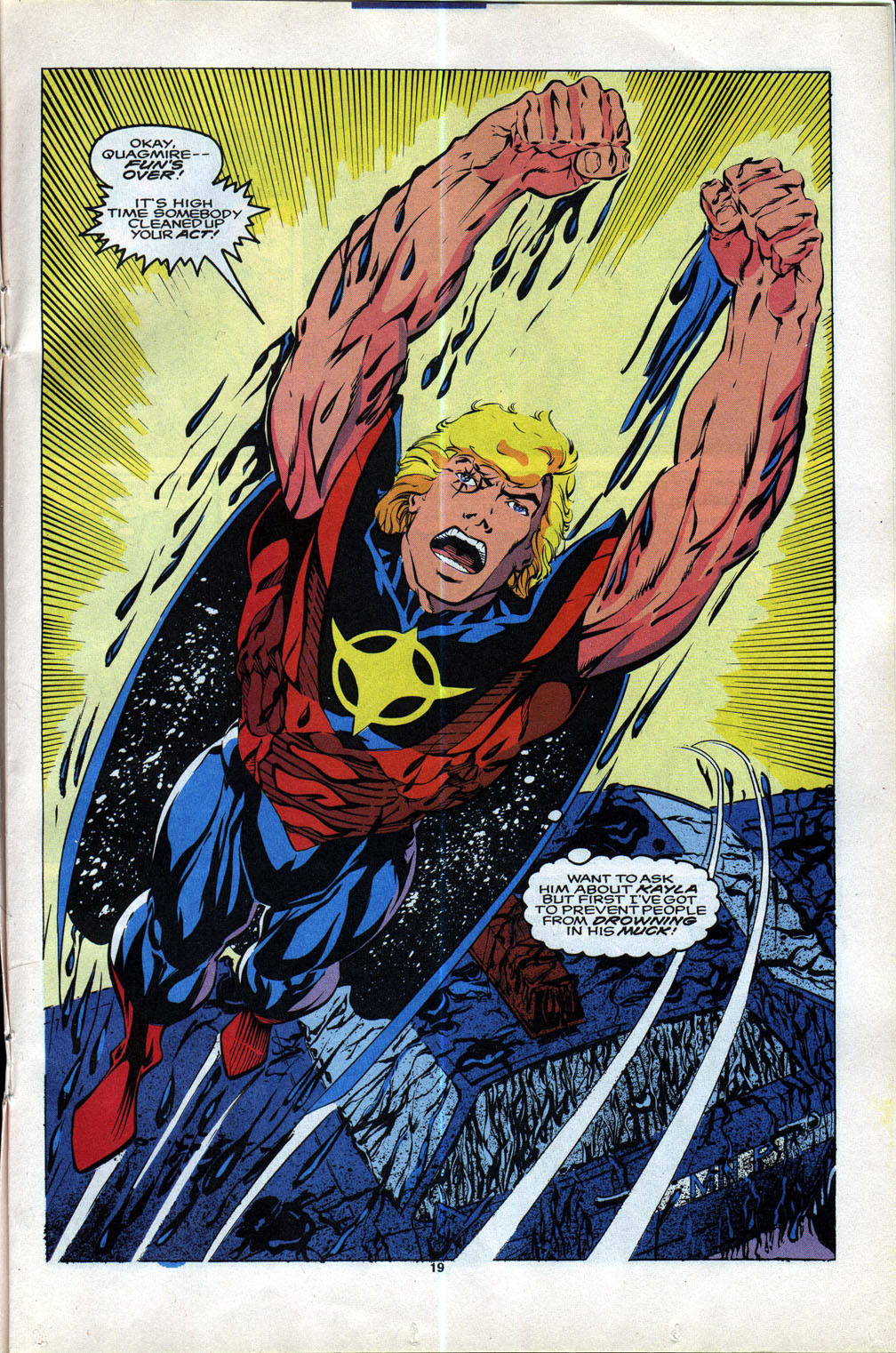 When we last saw Quasar, he was imprisoned in another dimension and lost his Quantum Bands, but he found the starbrand–officially bringing Jim Shooter’s failed New Universe project into the 1990s. He comes back to Earth with his new power source and literally flies straight through his old enemy Quagmire.

Quagmire gets a huge power up in these issues due to an antibody, becoming a giant and then having the ability to split into multiple bodies. Antibody is technically a separate character, but he only gets power by infecting Quagmire, so I’m not tagging him. Also, I’m just a little lazy. Mark Gruenwald creates new characters all over the place, but so many of them never expand to any other writers and only last a few issues, so I just don’t want to tag them all.

Meanwhile, we see The Presence escape from his space jail and rush towards Earth for vengeance on Quasar. He arrives during the Antibody/Quagmire fight, so now Quasar has two enemies to deal with at the same time. 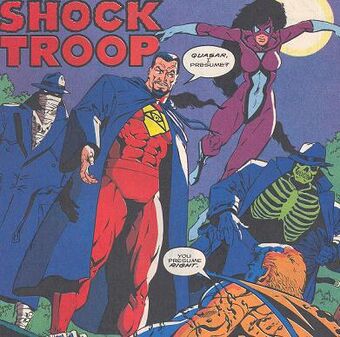 And remember how I said Gruenwald loves to create new characters? He also loves to use old ones. He just loves to have a ton of people in his stories–it’s why he focuses on plotting over character. There’s nothing necessarily wrong with that. Some comics are purely plot-driven and they’re fun. Like Secret Wars. (Whereas Secret Wars II, which focused on developing Beyonder as a character, was not nearly as good.) In this case, Gruenwald decides to give Dr. Druid a team: Shock Troop. It’s got an existing character: Living Mummy. In the grand Gruenwald tradition of knowing every Marvel comic ever published, it reboots Blazing Skull from the old Invaders comics. And it has Spider-Woman. No, wait. Jessica Drew is still depowered. It’s a new person: Shadow-Woman. Why is she wearing Spider-Woman’s costume? No idea.

The Shock Troop take care of Antibody, Quasar takes care of The Presence and the renegade Imperial Guards who are with Presence (forgot to mention them), and that’s that. Quasar’s fight conveniently sends him back out into space where he asks Uatu to help him find his Quantum Bands.  It’s a pretty funny scene. Also, Kismet is still flying around, looking for the starbrand. 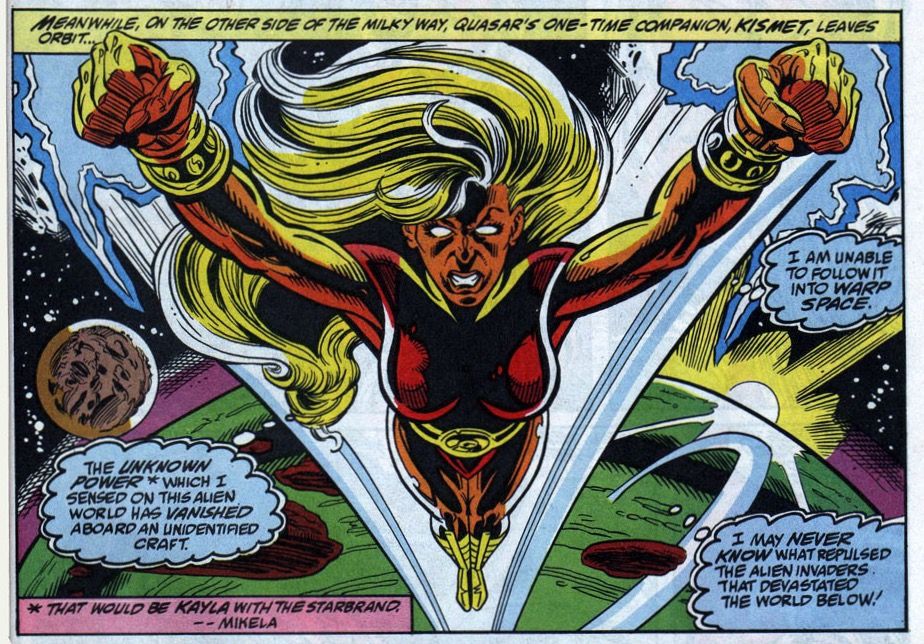 Shock Troop don’t get their own comic. Seems like they would have fit into the Ghost Rider extended universe, but oh well.