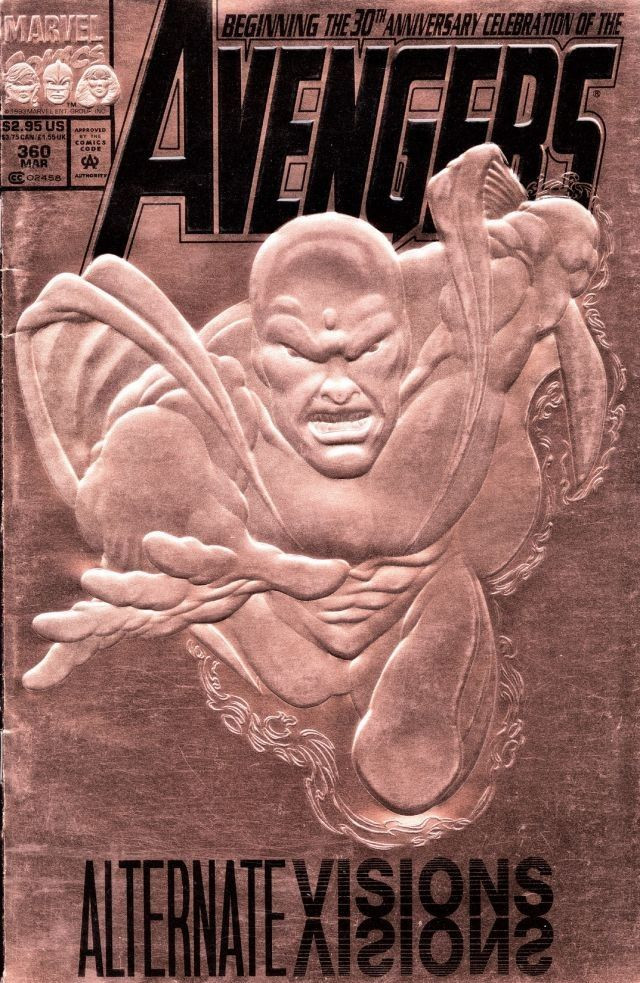 Regardless of the fact that what’s under it is pretty good, I think it’s “event covers” like this that pushed comic books into mediocrity in the 1990s.  It became more about collectability than content.

Anyway, in these issues The Gatherers threat finally starts to matter when they kidnap Vision and replace him with an evil, alternate-timeline version.  They then send evil Vision to kill Swordsman, who is with The Avengers.  But before he can, he has to neutralize Sersi, who has gotten increasingly nuts and violent. This leads to a little diversion with some Eternals who show up to help (apparently going nuts is part of being an Eternal).  And along the way, Sersi and Black Knight are in love.  As for me, I’m not loving the Eternals parts of this story–and my feelings about Black Knight should be clear if you read how I tagged him below.  Oh, and Sersi also is being investigated by the cops for the murder she committed last issue.

Eventually, Fake Vision reveals his evil nature, The Avengers subdue him, and they go take the Gatherers on to rescue the real Vision.

Oh, and the Kree are hurtling towards Earth to kill The Avengers.  Again.  Lilandra and her Shi’Ar guard run some resistance.  Her team has a new member, and this is the first appearance of Deathcry. 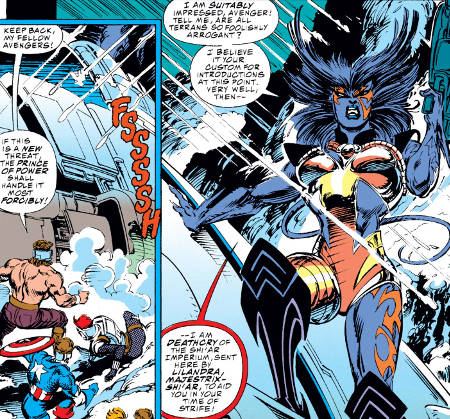 There’s so much going on in these issues.

So, what’s the point of it all?

The leader of the Gatherers, Proctor, is an alternate Earth’s Dane Whitman, and he can’t stand to see our Dane Whitman with Sersi because he wants her for himself.

But we don’t get to the end of the Gatherers Saga yet.  It’s really drawn out.  But the art is good and the various stories along the way aren’t terrible.  This isn’t the best The Avengers has ever been, not by a longshot, but it’s also far from the worst Avengers comics we’ve seen. 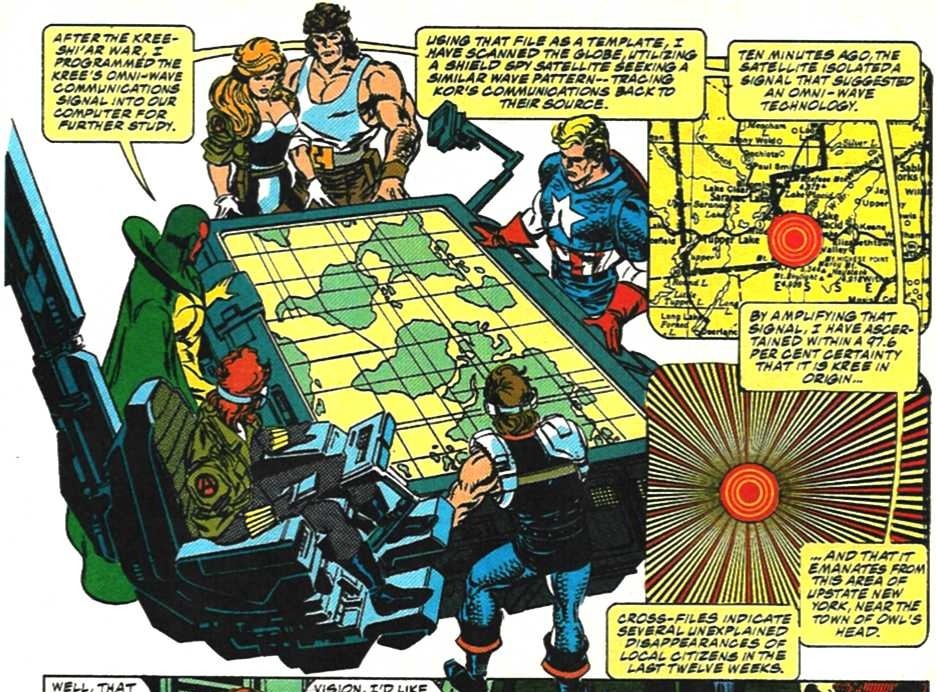