Thor gets a suit of armor, forged in the fires of Pittsburgh!

Until these two issues, I wasn’t sold on Simonson-only-as-writer on Thor.  There are some creators (like Byrne and Miller) who tell their stories best when they write and draw them, and for sure Walt Simonson is part of that group.  But in these  issues, he and Sal Buscema seem to click for the for the first time and tell a really, really good story—on par with the earliest (and most fantastic) issues of Walt’s historic Thor run. 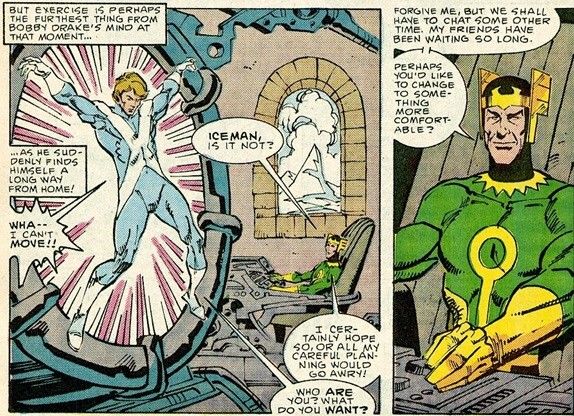 While Thor is forging his armor, Loki kidnaps Iceman to help re-frost the recently thawed land of the Frost Giants.  But, like so many of Loki’s schemes, it goes awry.  Iceman has more power than Loki had thought.

Eventually, Thor and Loki have to team up to stop a Frost Giant invasion.

These issues also set up the next story, which involves all Asgardians succumbing to a “stiffening” virus of unknown origin.